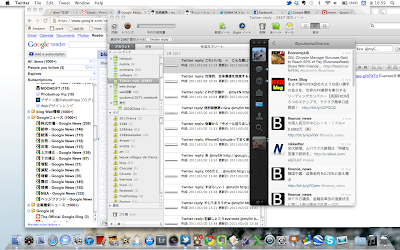 My motto is that I should take a bite of whatever is popular in IT and internet-related topics.

What is Curatorial Journalism | Official Website of Sasaki Toshinao

Social Information Curation Determined by Who You Follow | Lifehacking.jp

There’s also a book on the subject.

What’s most interesting is the concept of “vs. Google”.

As the Nikkei article clearly states, the stance on how to gather information on the Internet up until now has been Google-like, in other words, using searches to pick up what you need from a vast amount of information.

However, there is so much information available these days that it is no longer possible to use search alone.

Regardless of the definition of that language, I think it’s at least true that there’s too much information out there as it is, and it’s getting harder and harder to find.

Secondary screening of information: improving the efficiency of “memory”.

Even so, “curation” is somewhat abstract and difficult to understand, and although I have a narrow view of it, I think that one of its foundations is “secondary screening (or more than secondary screening) of information. At the very least, you are selecting “screening that someone else is doing,” so I don’t think it’s such a misguided idea.

I feel that at the root of this concept is the question of how to “keep it in memory” without using too much effort, not to mention efficiency. Therefore, I think you can increase the possibility and probability of being remembered by screening at your own discretion twice, or even more than three times in some cases.

You can also say that it improves the efficiency of “memory” as well as “acquisition”.

Preparing for the Age of Curation Part 1: Reusing Google Reader

For me, the first thing I need to do to receive information with curation in mind is to organize my RSS reader. 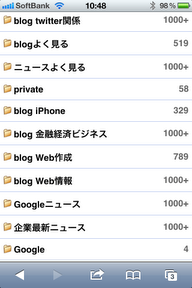 Lately I’ve been feeling the limitations of this RSS reader thing very strongly. I use Google Reader, and it’s not uncommon to have a subscription feed that always has more than 1,000 unread articles.

To start with, I’m thinking of using both (general) feeds and summary site feeds to increase the efficiency of information acquisition.

As a concrete example, I’ve subscribed to this site that summarizes sites that have been tweeted about and linked to a lot on twitter. 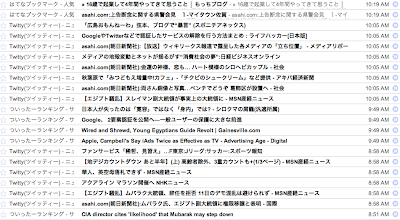 I also use Hatena Bookmarks, which is also included in some of the feeds in the above diagram.

Some of these feeds I’m already subscribed to, but even if you don’t notice them in your own feeds, it’s easier to catch your eye by looking at the feeds on this summary site.

In this example, I introduced the use of a “summary site”, but I think it is fine to use anything that provides information of “my interest + α”, even if it is not a summary site. The important thing is that you don’t subscribe to the feeds of just one particular blog. If you do, you’ll just be using RSS feeds.

I believe that the key is how to pick up “my interest plus alpha”, this plus alpha.

I’ve actually been using this for over a year now.

If you’ve been following me on twitter, you’ve probably seen these tweets a lot.

We believe that this is another form of “curation”.

I’ve written about this before in my diary. 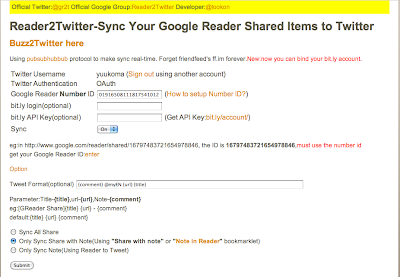 This optional part, “@myEN”, is important, as I will discuss immediately below.

In addition to this, you need to set up the Evernote side.

This is a series of steps that you can do all at once. This is screening quite a few times, so it is more memorable. But unfortunately, I haven’t established how to organize the Evernote side yet, so I’d like to do something about this.

Preparing for the Age of Curation #3: Use of Facebook Pages

Finally, this is the one that has been rapidly gaining users lately. I got an account earlier than twitter, but I started to use it this year. It’s a big influence of the movie.

Leaving aside the explanation of facebook pages (formerly fan pages), I think this is more of a different concept than the screening I’ve described so far.

You can see how many people have subscribed to popular blogs in Google Reader, but Facebook’s “Like! can be pushed easily, so it has overwhelming power to spread more than feed registration. 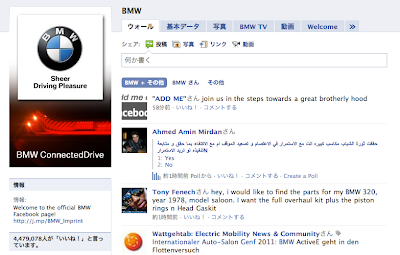 In other words, this number of “Likes! is also one of the results of screening.

What’s different from the conventional screening is that in the case of this Facebook page, the primary screening itself is done by “someone”. Facebook users from all over the world who pushed “Like! In that sense, it can be said to be similar to the site that summarizes what is tweeted on twitter introduced above, but even so, it can also be said to be of a different nature.

In any case, there is no doubt that you are offering a new concept of online information technology.

I’ve recently come to realize that this ease of use is a very powerful thing. I see, Facebook may be wonderful.

This is my first long diary in a while. I thought I’d write about how to prepare for the age of curation as concretely as possible in my own way. It’s a concept that’s still in its infancy, but in any case, I think the art of information gathering will become more and more important in both our professional and personal lives. I’ll keep an eye on the trends.

Also, although I don’t need to be very conscious of it, I would like to be on the sending side as well as the receiving side.

I used the NAVER summary.

昨年あたりでしょうか、NAVER経由による当blogへのアクセスが目立つようになってきていまして、すごく気になっていたんです。So, I immediately tried to use this NAVER summary.I've be...

Non-uniformity of interest, multiculturalism. Traveling and living without TV made me feel it all over again.

※スペイン、バルセロナで目撃した欧州金融危機関連のデモIt happened when I decided to stay in Turin in a hurry during this GW trip. It was May 7th, a...

Congrats on getting in!

今日は会社の同僚がお子さんの入学式に出席するためお休みしています。I joined my current company as a mid-career employee just six years ago in August, and ...

My first experience with Bitcoin No.3

第一回 Bitcoinをはじめてみました No.1、第二回 Bitcoinをはじめてみました No.2の続きです。（今回で最後です。）11. I deposited Japanese Yen to the exchange.We use a...
Day 7 No.4 (the last) Returning the car in Frankfurt – 2010 Deutschland No.26
Drive in All Weather mode in the snow
Home
10. Hobby General
essay
Copied title and URL