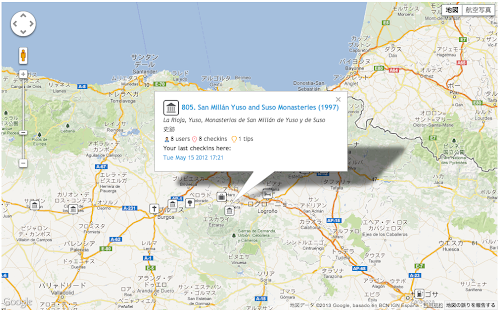 We stayed in Logroño for one night the day before, and decided to leave the pilgrimage route a bit and go to the “Monastery of Juso and Suso of San Migian”, not far from Logroño, for the first sightseeing of the day.

It is one of the UNESCO World Heritage Sites, registered in 1997.

It’s a monastery, and it’s located on a pretty isolated island. It’s a beautiful day! Alright, so there are two monasteries here, but the names are complicated! Apparently, one of them is older than the other, and the guidebook says that you can’t go there by car, but by bus from the foot of the mountain.

At any rate, I think I can get to the parking lot, so I’ll go that way.

The closer we got to the monastery, the more atmospheric it became. This looks promising! We were the first to arrive in the morning, but there seemed to be more tourists than we expected. Well anyway, I went to the window to write a ticket. I can understand English, but I can’t understand something….

As per the guidebook, one of them seems to go by bus from the bus stop by the parking lot, but my mind is confused about whether it’s Yuso or Suso, and I can’t get the English into my head (tears).

But after seeing this poster, I finally understand which one is which… This was the first time for us. YUSO is where the parking lot is and where the reception is. So we are on the YUSO side now.

If you don’t have this in mind, you won’t be able to understand many things, so if you have a chance to visit, you should definitely keep this in mind.

Anyway, I could buy the ticket safely. I got some things. The bus stop. This is the bus depot on the “YUSO” side of the street, which goes to “SUSO” = the upper part of the city. It’s complicated! It’s a pretty isolated island on land, but for some reason, there are a lot of tourists. I wonder if it is a famous place. Go up this slope. Then we arrived safely by bus to “SUSO” = the upper part of the city. Suso Monastery is slightly older than Suso Monastery at the foot of the mountain. Photography is not allowed inside. The tour will be with a guide.

So the interior photos are taken from Wikipedia. 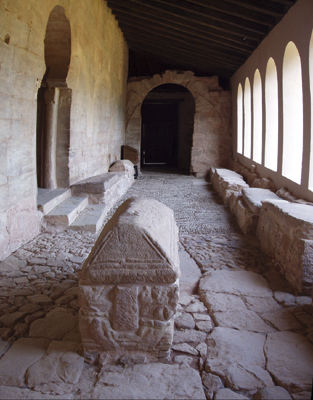 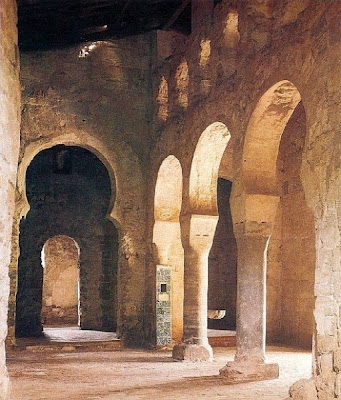 The view of Yuso from Suso (the upper monastery, as you can see). And this is the bus depot on the “SUSO” side of the street, “YUSO” = the bus depot that goes to the bottom. I’m getting used to it, but it’s still complicated! I decided to walk back to YUSO at the foot of the mountain because it is downhill and does not seem to be a great distance. It’s kind of a cool monument. Now we are back at YUSO, which is located at the foot of the mountain, not Suso. This building is obviously much bigger than SUSO and has a lot of power. I thought I could see it as usual, but it was a guided tour too, and it started after 11 o’clock and took more than an hour…

No, I can’t spend so much time here because the time and schedule are limited considering the pilgrimage route drive, so I decided to give up the inside tour. It was quite nice, but I should have researched it a little more properly and had more time. I mean, I don’t have any information at all to begin with…

We were blessed with fine weather on May 13. It's great to drive in good weather.The route was also very efficient and w...

(*This is a continuation of my trip to Russia last October, which I still haven't finished writing.We left the Petropavl...