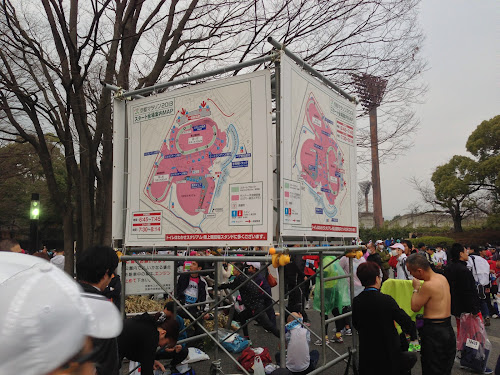 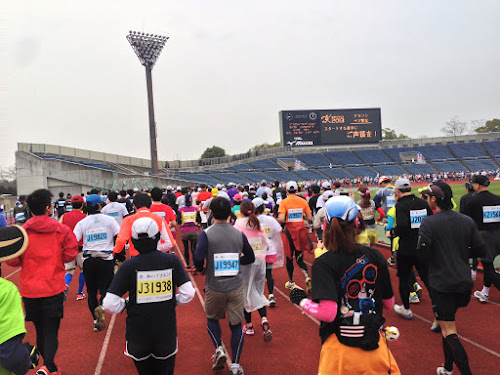 As predicted, it was cloudy in Kyoto early in the morning, and it looked like it might rain at any moment.

Since the Kyoto Marathon starts an hour earlier than the Tokyo Marathon, I woke up about an hour earlier, at 5:30am. I went to bed at 10:00 a.m. the day before, so I had no problem getting up. I slept well.

We will take the train to the starting point.

From Kyoto Station, I took the subway Karasuma Line to Shijo, and from Shijo I changed to the Hankyu Line to the Nishikyogoku Stadium, the starting point of the race. Most of the passengers on the train were runners.

The road from the station to the Nishikyogoku Sports Park was crowded with many runners, but it was not so crowded that we were able to reach the stadium smoothly. I guess there is nothing to worry about in this area. 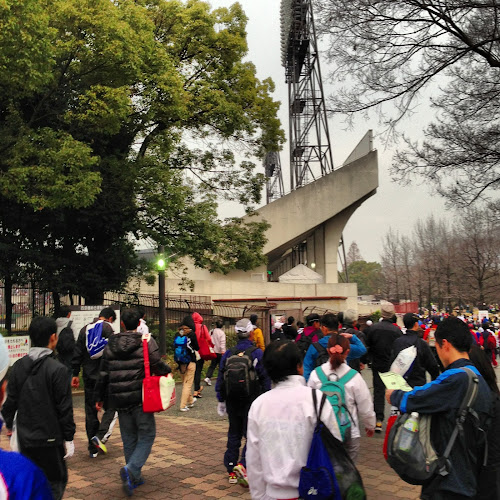 The only train line is Hankyu, so it’s better to move early, but my impression is that it won’t be as confusing as Tokyo.

Now we’re at the runner’s meeting point. But we didn’t have to check our bibs. Apparently, the general public was allowed to enter this area. 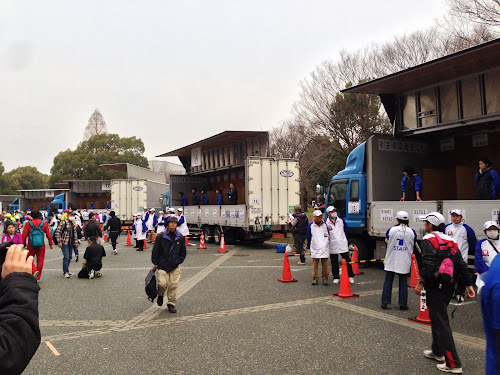 My luggage was number 13. I found it easily. 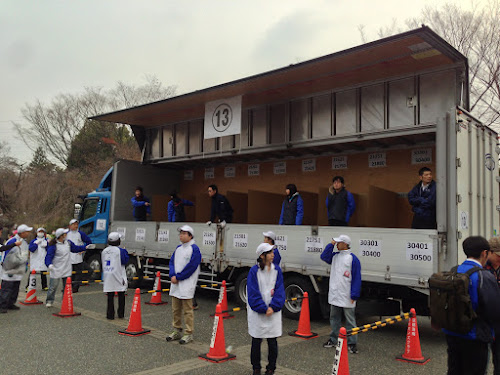 For the Tokyo Marathon, there are more than 40, so it’s hard to find one, or if you do, it’s pretty far away.

Runners are gathering one after another. I like this atmosphere. 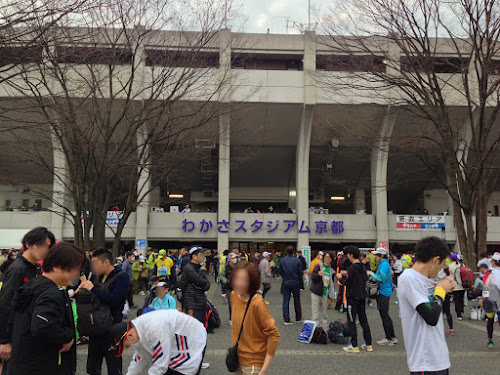 I didn’t see any food stations, but there was a sports drink service. 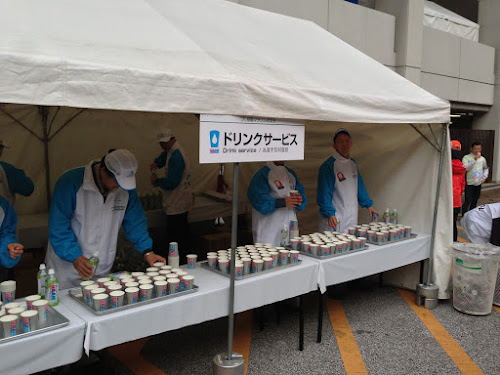 However, because of the cold weather, not many people seemed to be using it…

I was a little too enthusiastic and came too early, but I wasn’t going to do any elaborate preparatory work, so I headed towards the auxiliary stadium, the starting point. During this time, I also went to the bathroom. 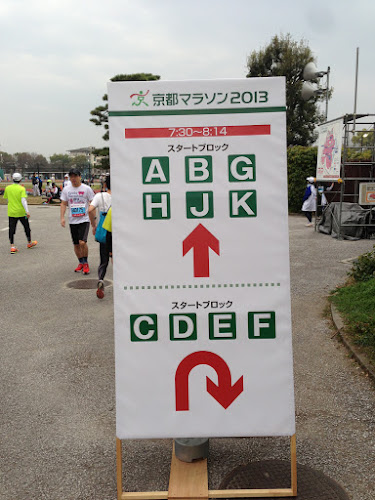 A lot of people were already warming up on the auxiliary ground. 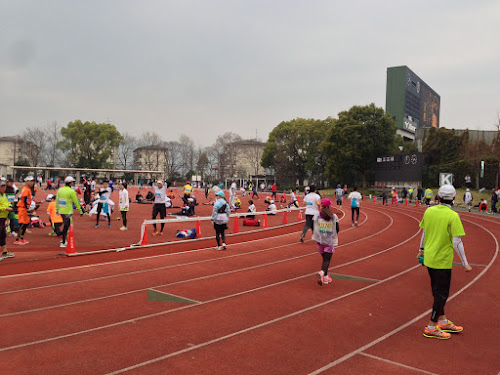 It seems that “J” means the last row of J block, so K block will be aligned from here. 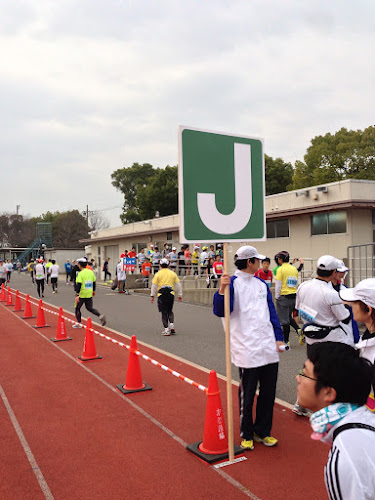 After some preparation and a quarter lap around the track, I decided to wait in line at the front of the K block, even though it was still early. Since it was a track, the ground was in good condition, and my buttocks didn’t get cold or sore even though I was sitting there waiting.

Great decision to get in line early! 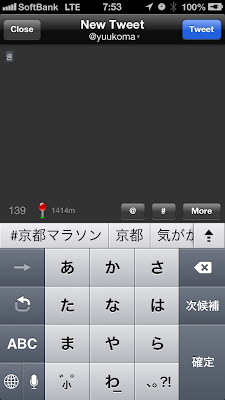 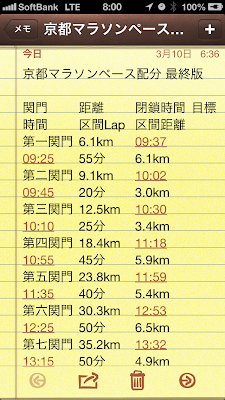 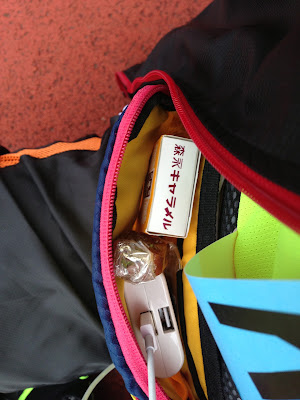 Well, in the meantime, it was 15 minutes before the start. Here was the closing of the line up. After that, we will start from the last line.

In the case of the Kyoto Marathon, it might be a good idea to line up a little earlier because the waiting area is in good condition and the weather is getting warmer seasonally because of the waiting at the track.

And about right after that, the line started to move forward a bit. 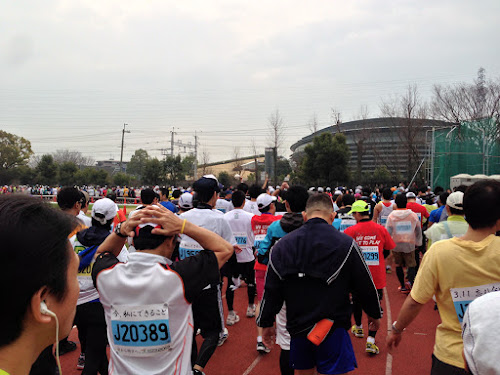 In the Tokyo Marathon, I feel like I can’t get going after the start. It’s much more relieving.

And here, I prepared various gadgets. I set up “Now Here Now”. 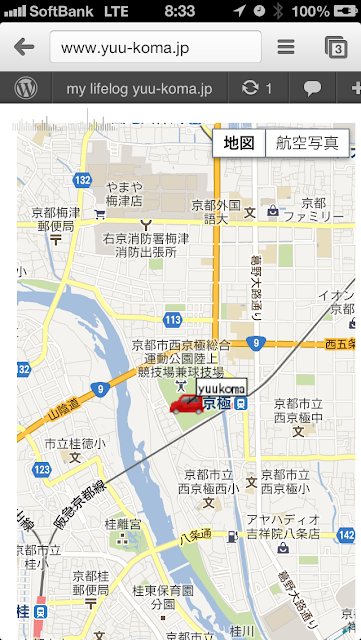 Let’s see if it works.

By the time we started at 8:30, we were almost ready to leave the auxiliary ground. 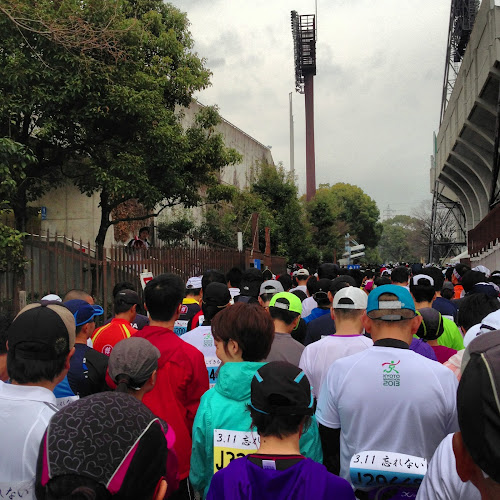 After that, we arrived at the track of the track and field stadium where the start point is located relatively smoothly. 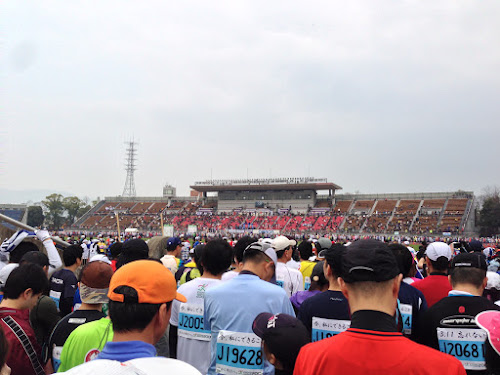 Oh, I think I saw the J-League here once… I think it was when Kyoto Purple Sanga got their first J1 win.

Right after I got to the track I was already able to run.

And now it’s time to start! 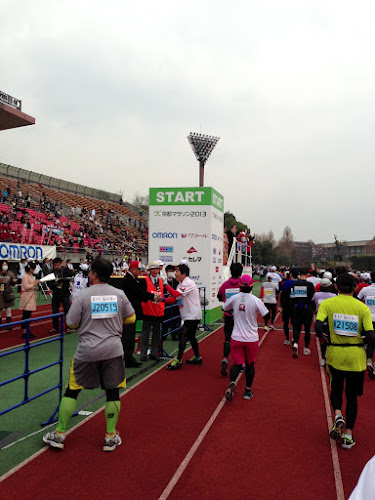 I've been practicing long runs for three weeks in a row. This time, I chose the "Hakone Ekiden 5th section mountain clim...

the long-awaited Kyoto Marathon winner was announced. The odds were 3.3 to 1, so I thought I might be able to make it, ...

Wear and shoes of the day #Kyoto Marathon

今日仕事帰りに銀座にある「アシックスストア-アシックスストア東京」で当日のウェアを買いました。I was planning to buy only running tights, but I accidentally bought a ru...

Miraculously, I have nothing to do on Saturday even though the race starts tomorrow. I don't have any plans on Saturday,...