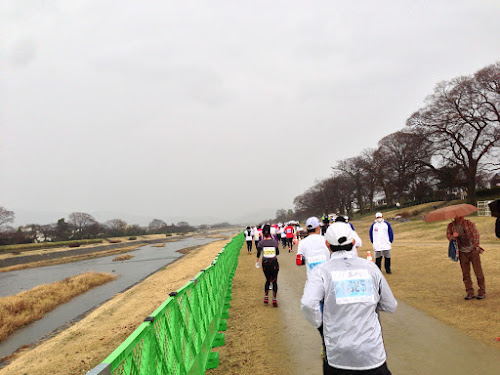 From 32km, the course follows the riverbank. This is one of the greatest features of the Kyoto Marathon that is not found in other marathons.

But in this bad weather, I’m rather worried about my footing.

I was behind my target time in the 25km-30km section, so I worked hard from 30km to this riverside course to make up for that.

As we approached the riverbank, the rain became heavier and heavier. I’m a little worried about the future… There are no trees or buildings to protect us from the wind and rain…

Still, I arrived at the 32km point smoothly. 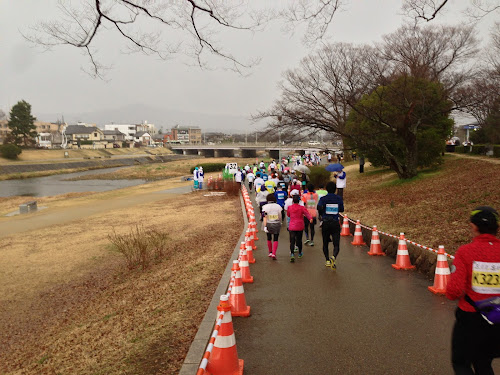 However, I was concerned about the situation of the feet, but it was better than I expected. I think it was because the shoes were good. There was hardly any difficulty in walking or running.

But that’s not all. In fact, it seems that the staff was draining the water at the right time. I really appreciate it.

There was one more thing, the width and narrowness of the course, but it didn’t bother me as much as I thought it would. Maybe I felt that way because I was a slower runner. If I had been a faster runner or an average runner, there would have been more people and I might have been confused. 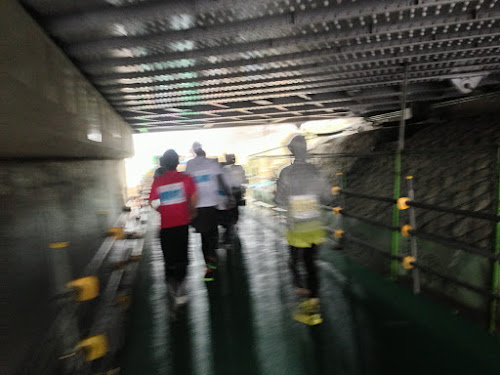 (By the way, I’m a runner who runs just under the time limit)

It was much easier to run than I thought it would be, so I rested for about 500 meters and started running again to make up for the delay in the 25km-30km section.

I was fortunate enough to have enough rest and dirt ground to ride comfortably non-stop until after 34km.

The Kamogawa Delta, which we will pass on the way, is a place with many memories of cherry blossom viewing and barbecues. 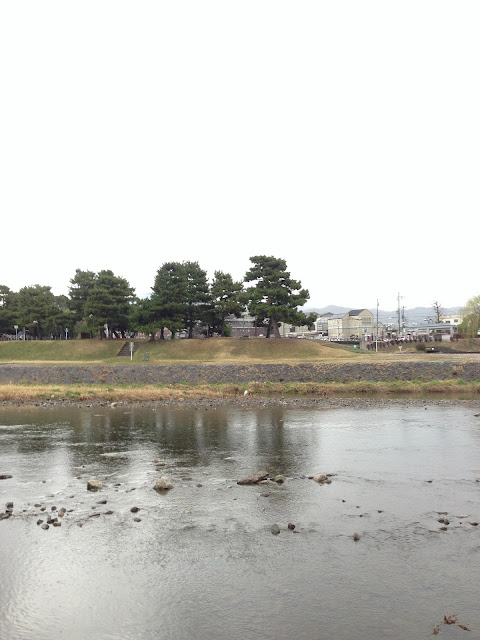 And at the 35km point, the Kawara course ends.

I passed the 7th gate, 35.2km, at 13:15. This is right in line with the target time I originally set! We were now able to completely make up for the delay in the entire section. 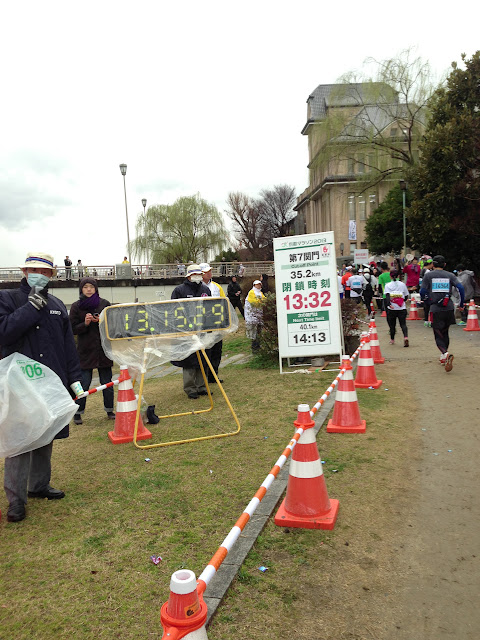 I found myself with less than 10km to go… I had enough time to walk the rest of the way to the finish line.

It's been more than a month since the Kyoto Marathon 2013, and I was starting to forget about it when I found an unfamil...

The fox slope is the most difficult part of the Kyoto Marathon. Considering that I still have almost 18km to go, even th...

Finally, this weekend is Kyoto Marathon 2013.Let's talk about location information again. When I participated in the Tok...

Here we go, the Kyoto Marathon, the “invitation to participate” document has arrived! #KyotoMarathon

It's been more than a week since the official website and new information was announced, but last Thursday, we finally r...

Miraculously, I have nothing to do on Saturday even though the race starts tomorrow. I don't have any plans on Saturday,...