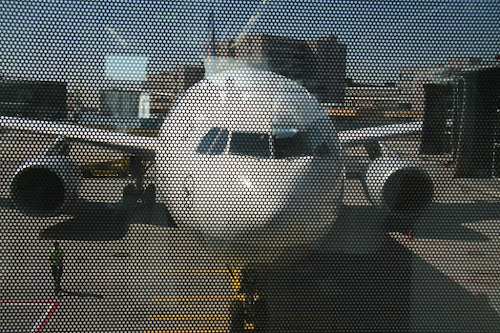 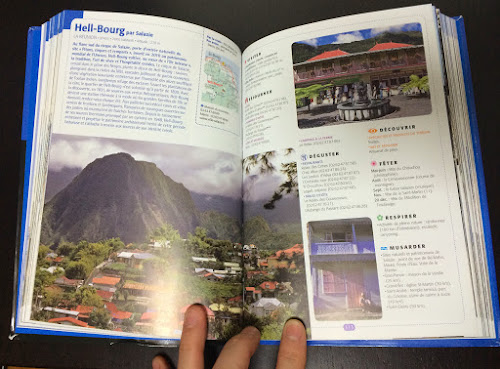 Now, New Year’s Day is the time to plan this year’s trip.

My First Time in the Southern Hemisphere 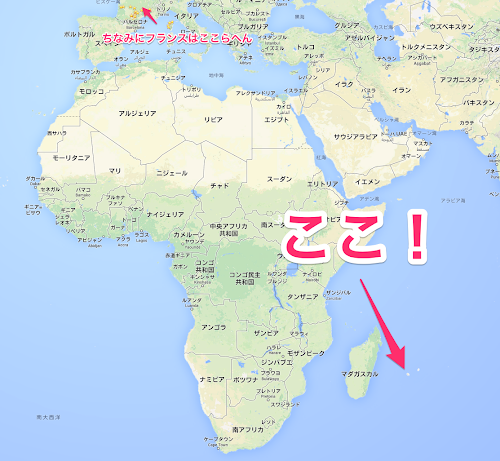 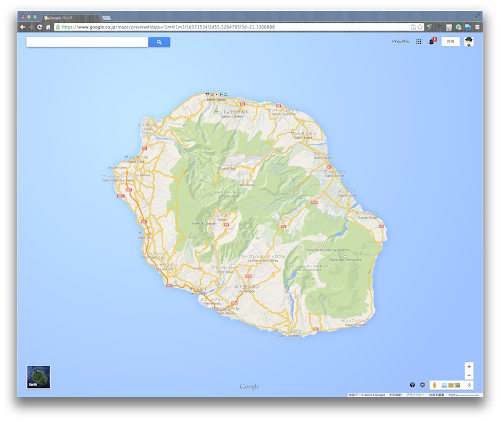 The 157th and last of France’s most beautiful villages

(*All the most beautiful French villages in Europe have been visited)

The village is called Hell-Bourg. 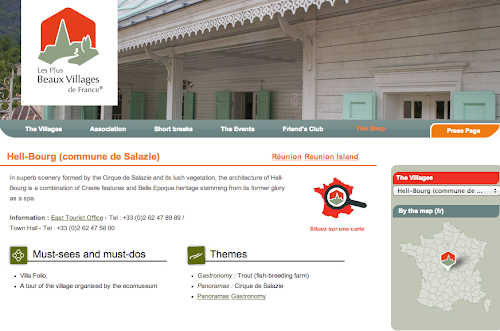 I had given up on the idea that it would be difficult to go, but I never thought that the chance to visit would come so easily…

A little more detailed information is available in the official guide (in French) published by the Association of Beautiful Villages, but

I don’t think it’s that beautiful of a village…

Rather, the charm is outside the beautiful village!

First of all, this place is registered as a World Natural Heritage Site.

As the name suggests, there are two volcanoes and three cirque valleys. The scenery in the valleys is spectacular, and one of the two volcanoes, le piton de la Fournaise, is still active.

And there are tours where you can see these volcanoes and the cirque valley from a helicopter or small plane. This is going to be fun!

How to get there – choose via Dubai

By the way, Reunion Island, how do you go there? Of course, there is no direct flight, so you will have a connection in some city.

According to my research, there were four ways to transit. Paris, Hong Kong, Bangkok, and Dubai.

First of all, Paris is out of the question. It takes a long time and the price is very high. I can’t recommend it at all from Japan.

Then, Hong Kong and Bangkok are not bad in terms of price. You can go there with about 200,000 yen including surcharge and airport tax.

However, due to the small number of flights, we couldn’t agree with our travel schedule, and we had to give up the flight via Bangkok due to our schedule. On the other hand, there was no problem in the schedule of the flight via Hong Kong, but unfortunately the ticket was sold out.

So, as a result, we went via Dubai (Emirates & Mauritius Airlines). 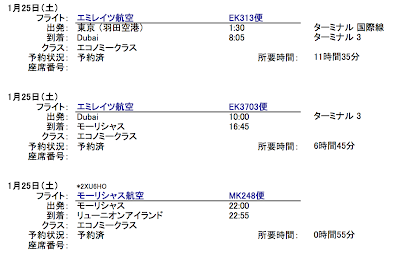 The departure time is 1:30 in the morning, and the arrival time is 0:02. However, since the flight is from/to Haneda, there is no problem because it is close to my house and I can go home at any time by car. I booked a parking lot as soon as possible.

At first, I wondered why we had to go through Hong Kong or Bangkok to get to an island in the southern hemisphere near Africa. But when I looked at the map carefully… 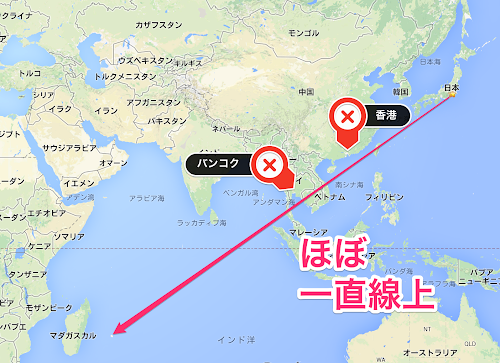 So, the long awaited tour of France’s most beautiful villages is finally complete!

I was hoping for a full marathon in 2014, but I was not selected in the lottery for both Tokyo and Kyoto, so I thought i...

The day was blessed with both clear skies and a beautiful village. I think we finally met a pleasant sunny day.First of ...

マルセイユといえば、やっぱり「ブイヤベース(bouillabaisse)」だね！Of course we had it. We stayed in Marseille for one night, but we had it twice: ...

Noyers (Noyers-sur-Sur-Sur-Lan) – Tour of the most beautiful villages in France 2011 No.32

Date of visit: April 26, 2011, around 11:00 a.m. (data) item outline assess comprehensive eval...
Sauteed duck and foie gras, Part 2 of the series of cooking hard only at the end and beginning of the year
Absolute Sound Miscellaneous 2014
Home
201401 Reunion
Copied title and URL