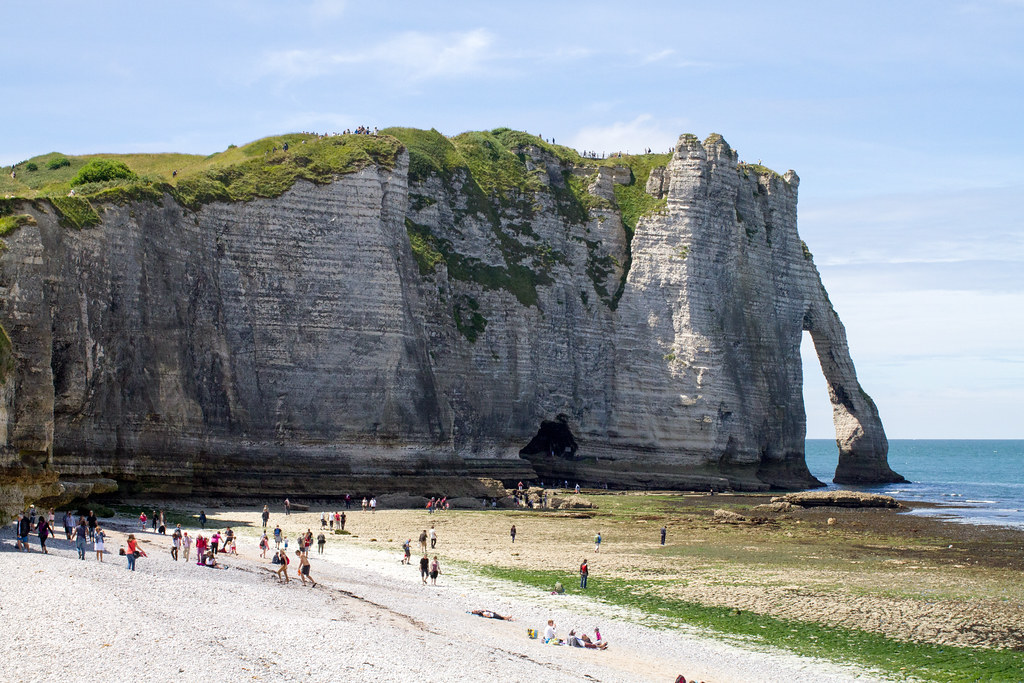 One of the most famous tourist destinations in Normandy

Departing from the minor but actually highly recommended Jumièges Monastery, we headed to Etrurta. You won’t need much explanation about this tourist attraction, which is in every guidebook.

From Jumièges, the route continued on public roads, so it took longer than expected, but it was a very pleasant drive in beautiful weather and with idyllic views of Normandy.

It has been 10 years since I started driving in Europe this year, and although I’ve gotten used to it, I still felt a bit nervous right after I left the airport because it was my first day, but thanks to this relaxing drive, I feel much better.

Well, the drive continued smoothly until we reached the town of Etruta, where we hardly saw any cars.

By the way, a few kilometers before our destination, street parking started to appear, and larger parking lots gradually appeared. Is it better to park here? No, it’s better to go further, I’ll have to walk a lot… Anyway, I decided to get as close to the destination as possible.

Lunch in the city of Etrurta

We had such a great lunch here! Since it’s Normandy, we started with a light glass of cider.

Here’s the menu. Very rich! It looks like it, but if you look closely, it doesn’t look like it because there are so many letters lol. Maybe the reason I can think that way is because I can read better than before.

Mussels are now commonly served in Belgian beer shops in Japan. The mussels here are a little more sour and have a stronger celery and parsley flavor. I prefer it this way, and it was very tasty.

As for the main dish, it was also delicious. The sauce full of butter and cream was excellent. The fish was also fresh and tasty without a fishy smell.

It was a bit expensive (compared to my experience) because it was in a tourist area, but all the food was delicious and I think I made a good choice.

There are so many people, it’s hard to get excited.

After lunch, we walked to the beach side… 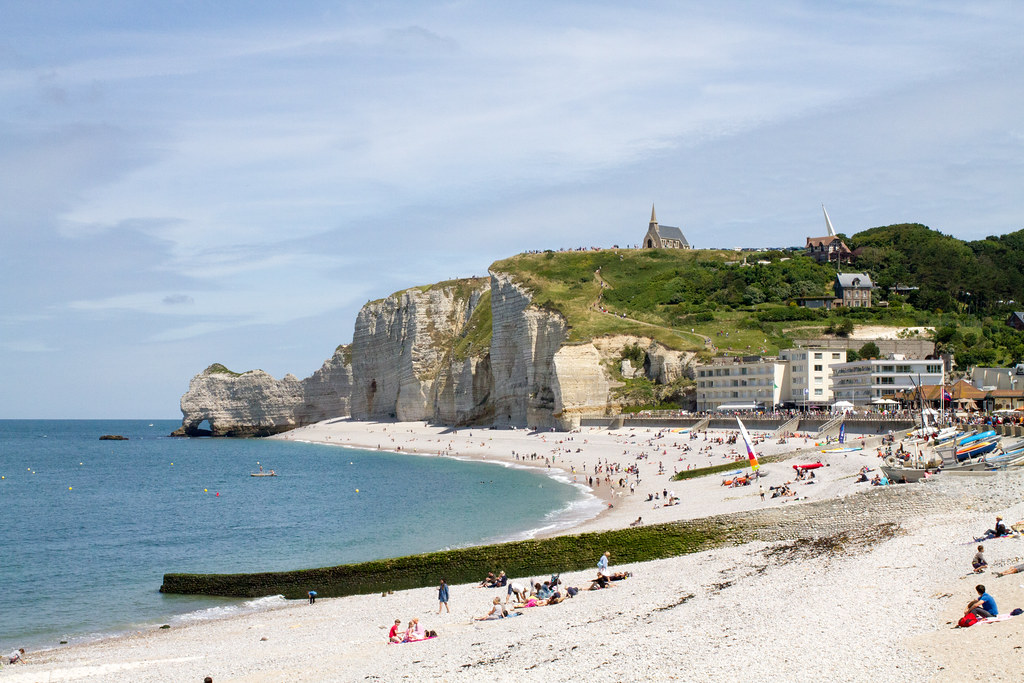 There were a lot of people, and it was not as impressive as I thought it would be. If I climbed up to the cliff and went around to the other side, I might have been able to take some good pictures, but I didn’t have the energy to do that, or rather, if I was too particular about Etrurta, I wouldn’t be able to go to the museum in the next town, Le Havre, because of my tight schedule as usual.

Visit date: September 20, 2017, overnightI went around Switzerland and France for about 3 weeks as a paid vacation from ...

フランスの地域圏(région)というタクソノミーを作成したので、シンプルですが、早速地域圏別美しい村の数ランキングを作ってみました。The 3 best regional areas for the number of beautiful...

Date of visit: May 9, 2013, around 3:00 p.m.May 9, the village of 3 nails is Tournemire, which is located in the Auvergn...
July 2016 – France “Impressionist and Gourmet Journey” Chapters 1-2: Jumièges Abbey
Aim to be fruity! How to express the taste of wine
Home
July 2016 France Impressionism and the journey of gourmet
Copied title and URL