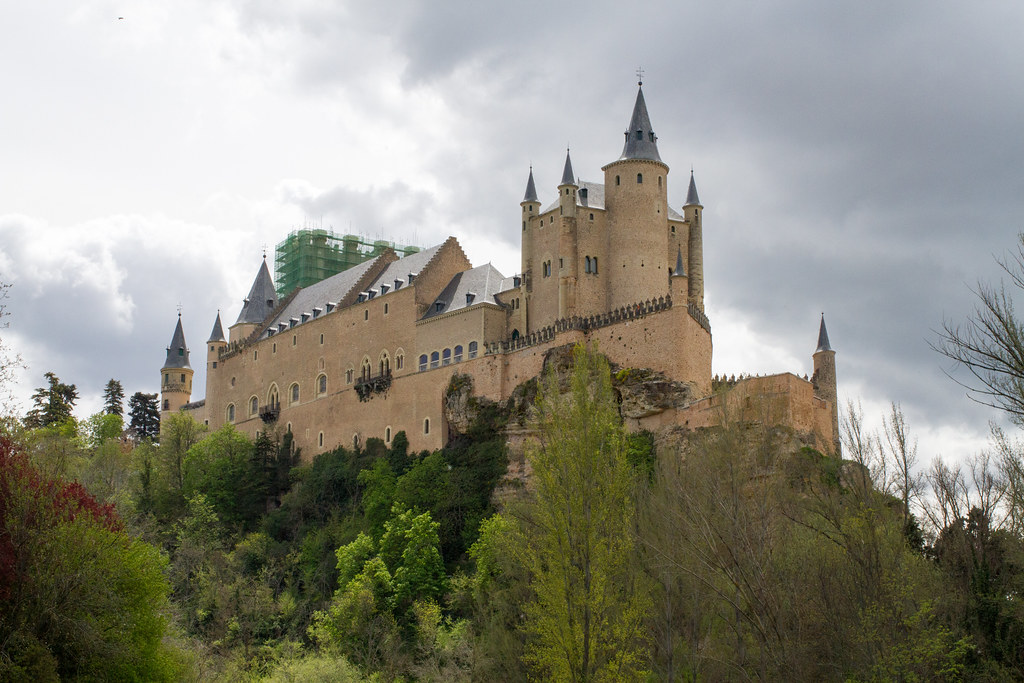 A tour of beautiful villages has suddenly become a World Heritage Site in Segovia.

It is now April 29th. From this day, I started to travel alone with my wife who came there the day before. At first, we planned to visit 4 beautiful villages on this day, but the villages were so small that we felt we would have too much time even if we visited them. Well, I thought, I’ll do it then, and aimed at the first beautiful village of the day first.

First of all, I left Barajas Airport (I stayed by the airport the day before), and went north on the highway. Then, when I got off the highway and entered the national highway heading west, I found a sign saying “50km to Segovia”. So, if we continue for less than 30km, we can get to Segovia. The location on the map is like this (yellow marker is Segovia, blue marker is the beautiful village).

Segovia is a very old city, inhabited since ancient times, developed during the Roman era, and was a major city of the Kingdom of Castile. Today, the Roman aqueduct still exists, and the Cathedral, built during the Castilian era, is located in the center of the city. It is a very attractive city that was chosen as a UNESCO World Heritage Site in 1985. I’ve been to this city twice before, and it’s one of those cities I’d love to visit again and again, especially since my wife has never been there. So, we chose Segovia as our first sightseeing spot of the day.

The magnificent aqueduct that towers over the entrance to Segovia

We arrived in Segovia around 10am. There is a big underground parking lot at the entrance of the city. We parked the car here and started sightseeing. As you can see, there is a magnificent aqueduct at the entrance. 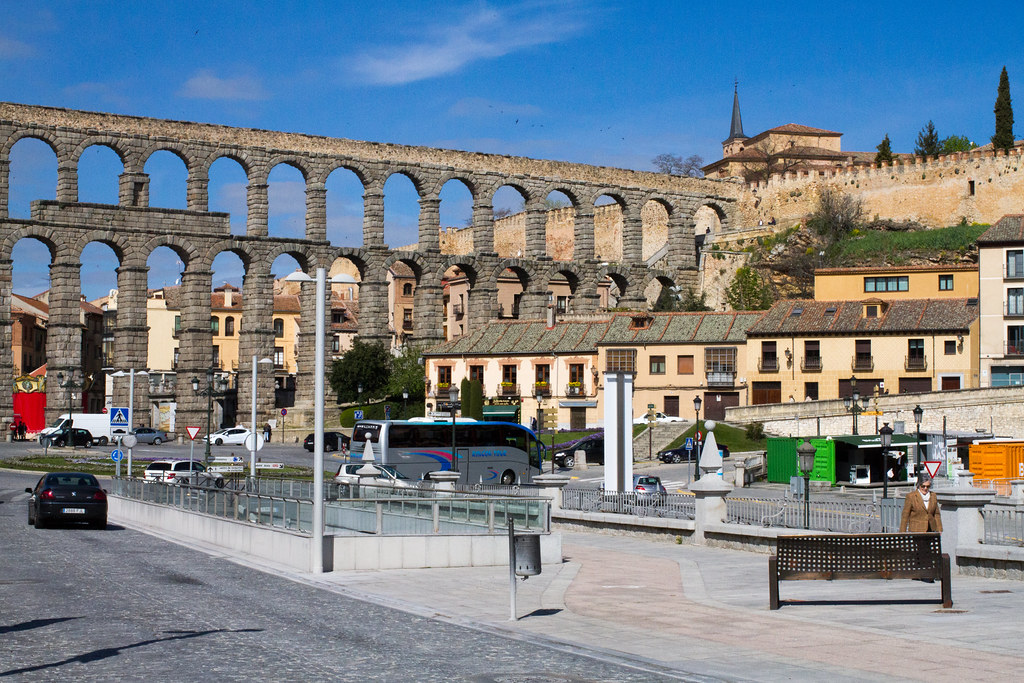 Of course, it has been reconstructed many times in the past, but it is said that this Segovia and the Pont du Gard in the south of France are the only two places in Europe where the Roman aqueduct remains so beautifully. It is very powerful when you see it close. 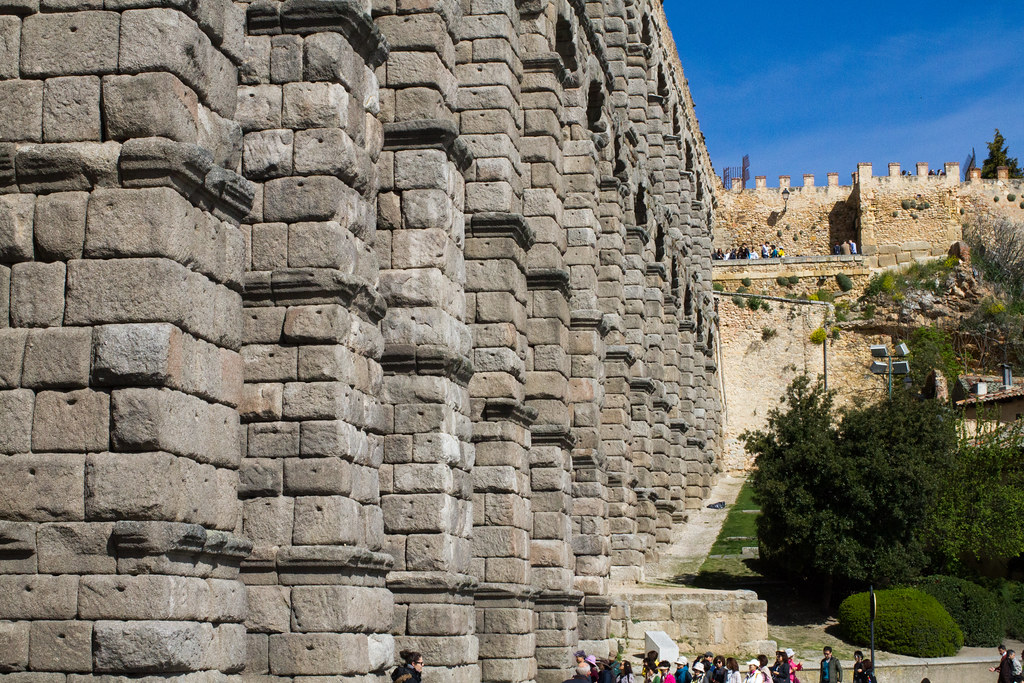 You will pass under the aqueduct and enter the old town.

To the Plaza Mayor.

From the entrance with the aqueduct, you will go to the Plaza Mayor, the center of the city. The main street was full of tourists and shops, and it was very busy because it is a famous tourist spot and a world heritage site. I was surprised to see so many people, especially since I hadn’t seen any tourists at all yesterday during my visit to the beautiful village. 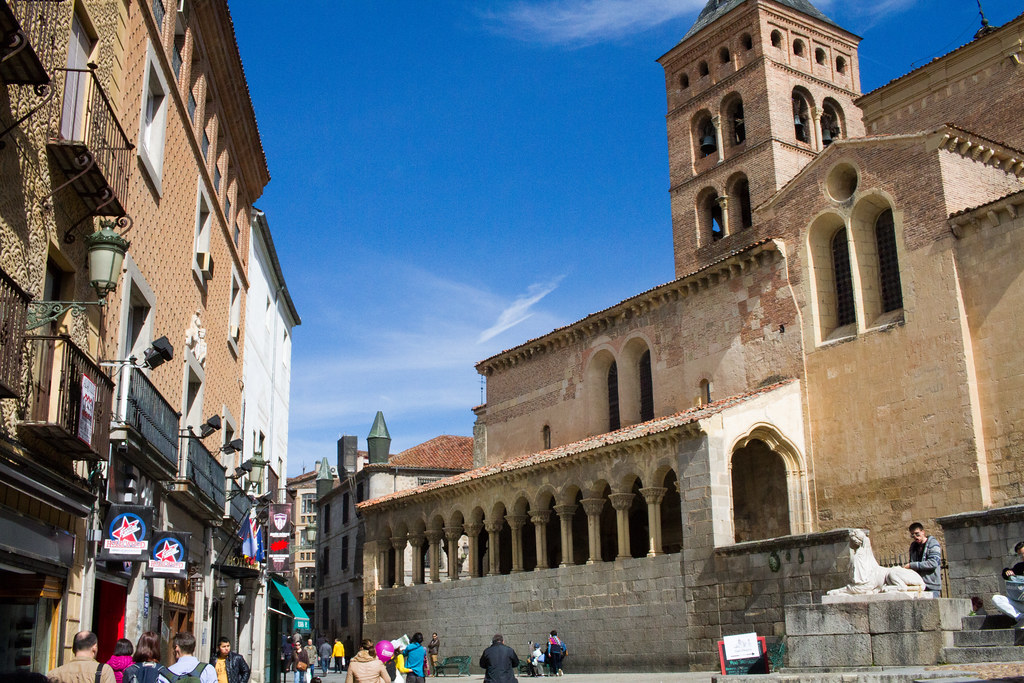 Then we arrived at Plaza Mayor. It is also a very nice day. 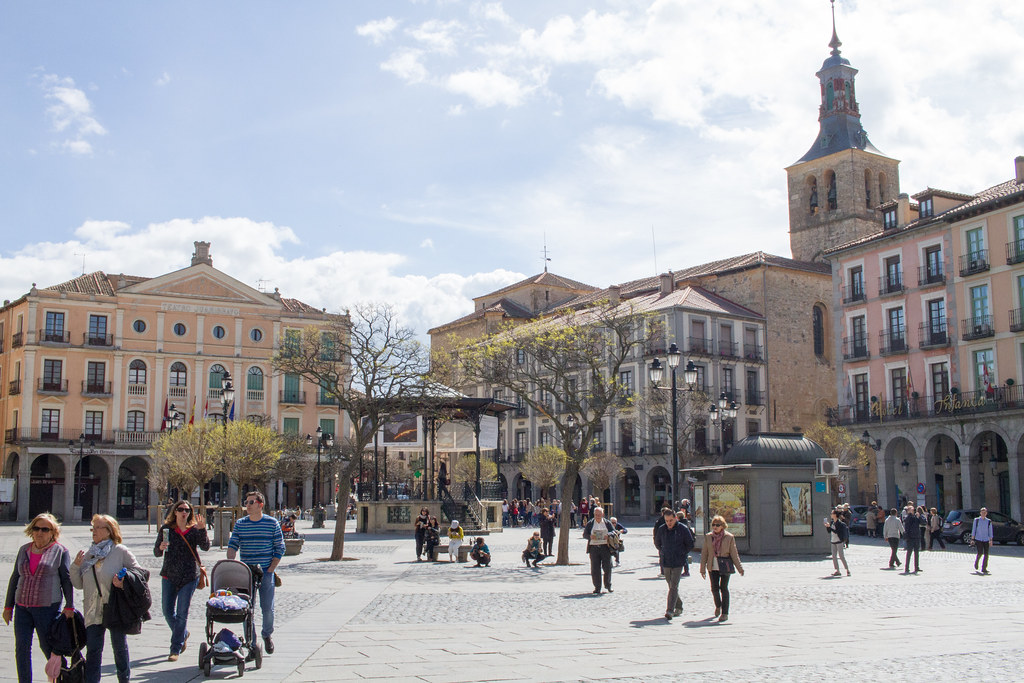 To the Cathedral of Segovia

Segovia’s landmark, the Cathedral of Segovia, faces this Plaza Mayor. 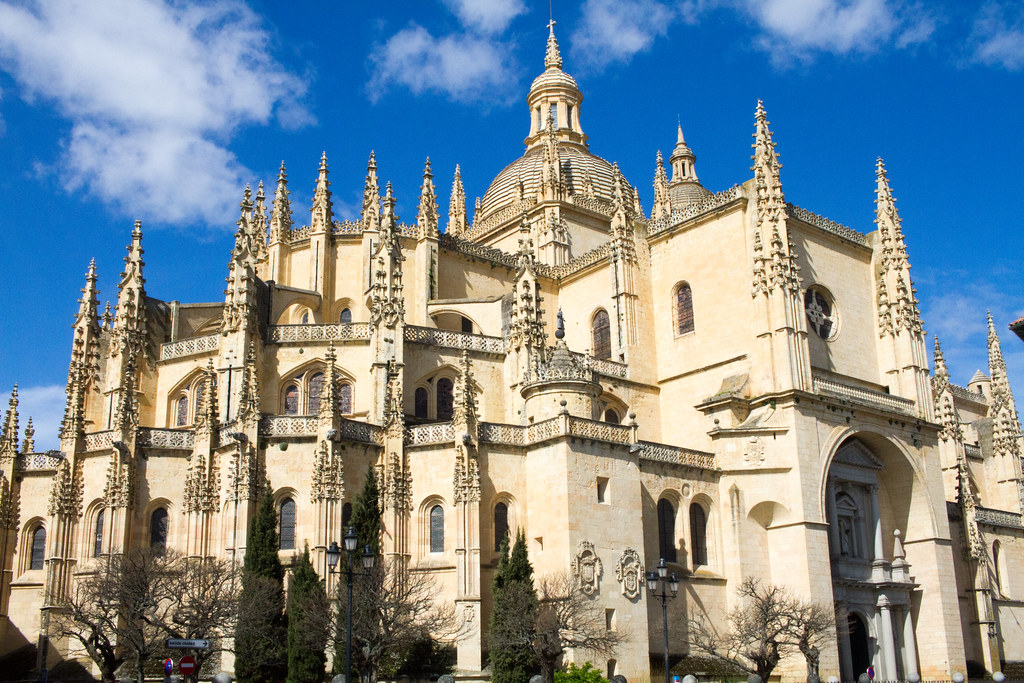 Built in the 16th century, the cathedral is 100 meters long and 50 meters high, with a unique style on the outside but a Latin cross and a typical cathedral shape on the inside. 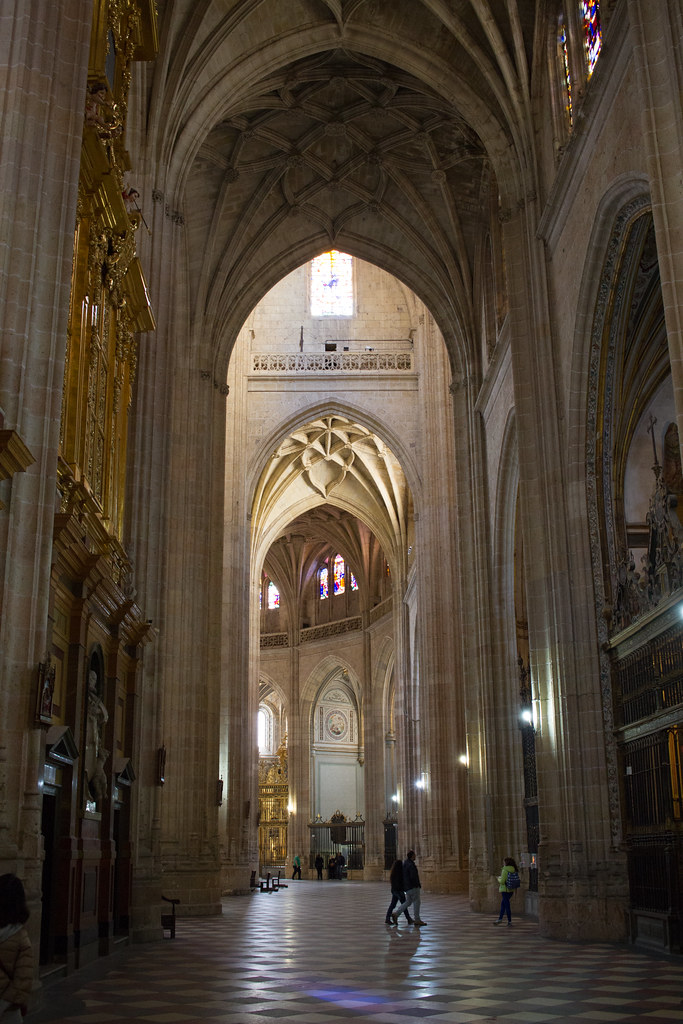 There were some chant scriptures inside. I guess, some of them were displayed. In Spain, I often see such old scriptures displayed in the cathedral. I don’t think it used to be so. 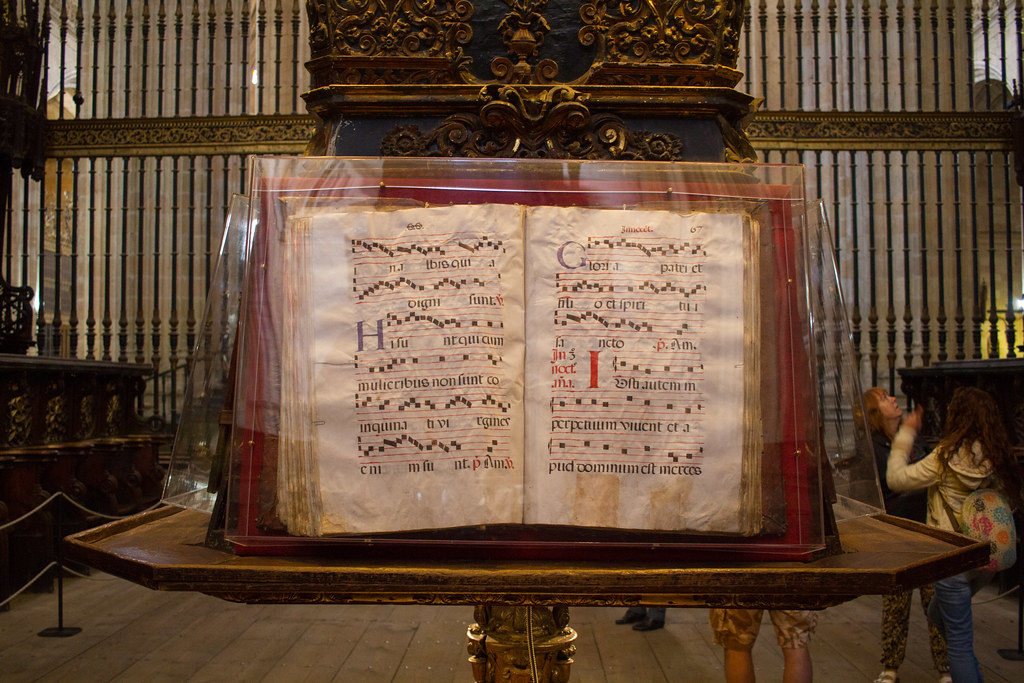 Of course, it’s very cool inside. It’s not so hot in Spain in this season, but when it’s hot in summer, the inside of the cathedral is a very good place to take a rest. If there are toilets, it’s better. (I guess many cathedrals have them nowadays.)

The last stop is the Alcazar. This is also a symbol of Segovia. The inside is not such a big place (excuse me!) But…. It’s not so big. 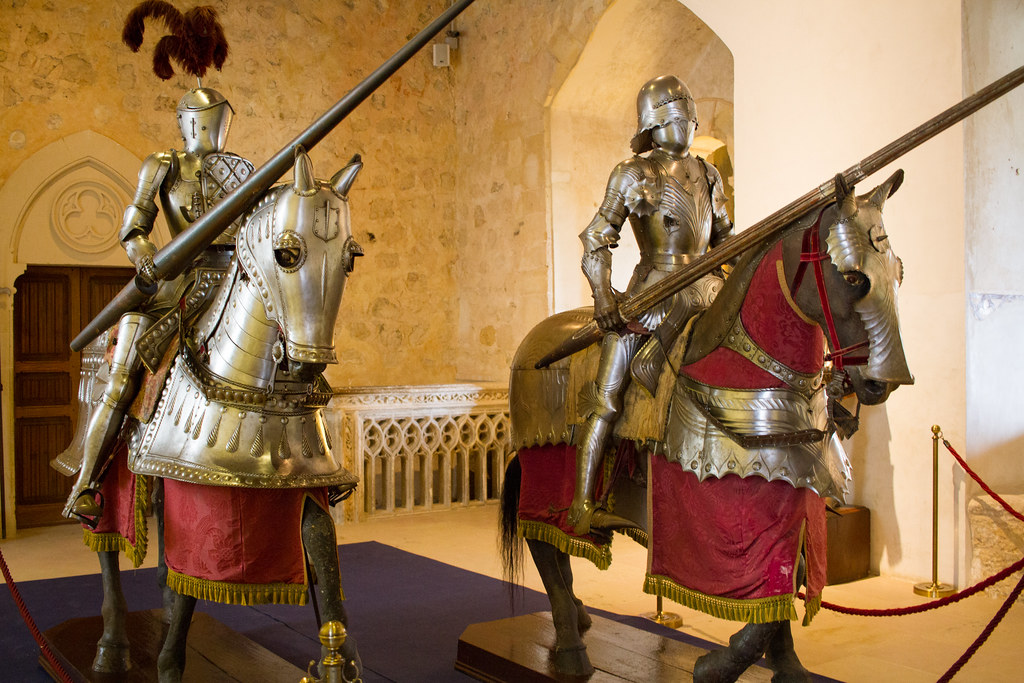 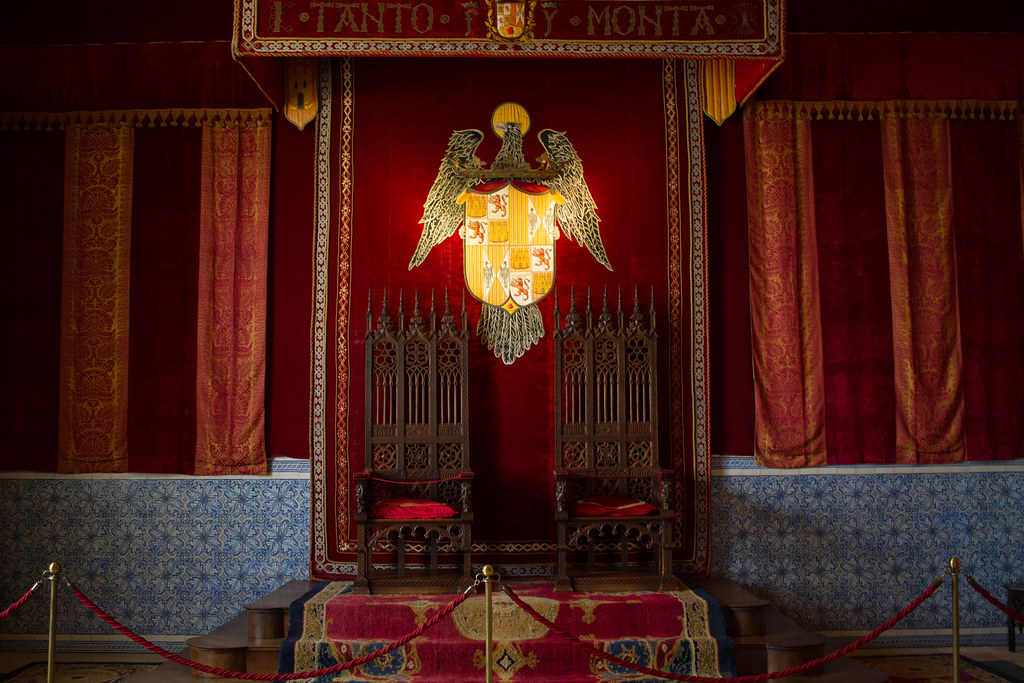 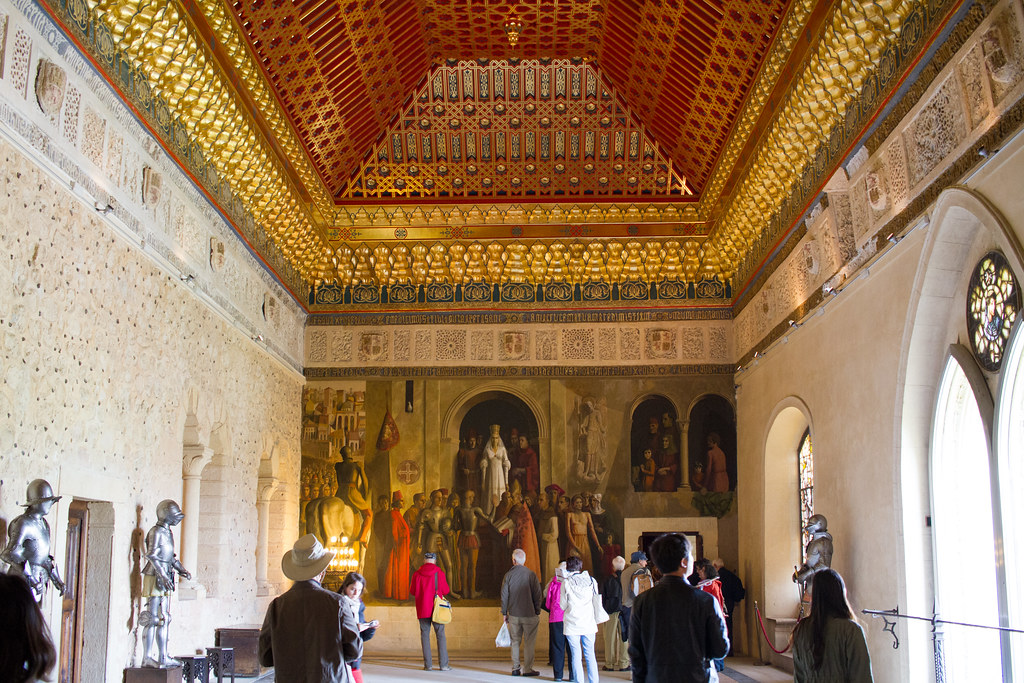 The view from the castle is not bad. The church in the center of the front is called “La Vera Cruz”, which was built by the Knights Templar. 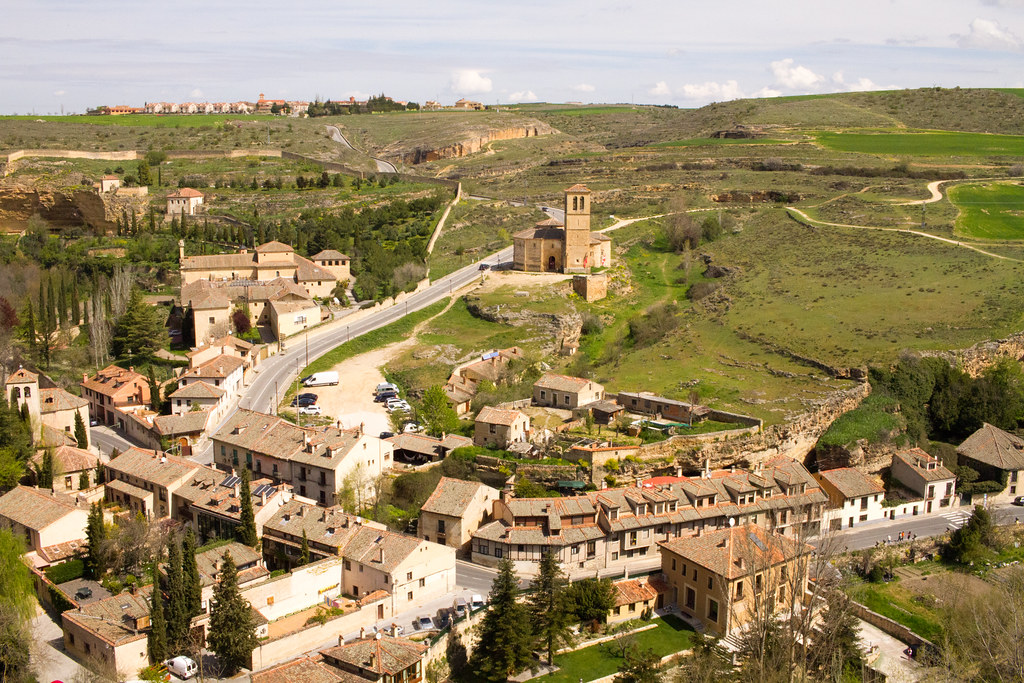 The inside was ordinary, but the outside is one of the most beautiful in Europe…or is that too much to say? But it’s definitely nice.

This photo was taken after I returned to the parking lot after viewing the castle and drove to the shooting point. This is the best shot from this position.

However, it was sunny until a while ago, but after 12 o’clock in the afternoon, it suddenly became cloudy. It was a little disappointing.

Date and time of visit: August 16, around 11 a.m.After passing through the French-German border, we headed for the "Maul...

I just walked around the city in a hurry, but when I examined it carefully, it looked interesting in many ways. It was d...