It is at times like this that the knowledge of the world history selection comes into play. Here is the fun of traveling in Europe.

A magnificent tapestry that tells the story of the Norman Conquest, the causal origin of the Anglo-French relationship.

Normandy is famous for the Normandy landings at the end of World War II, but the battle across the English Channel took place about 1,000 years ago.

England and France have been engaged in numerous conflicts since the Middle Ages, and it is no exaggeration to say that the Norman Conquest was the origin of these conflicts.

But why in the first place, and what does this Norman Conquest have to do with the Bayou? 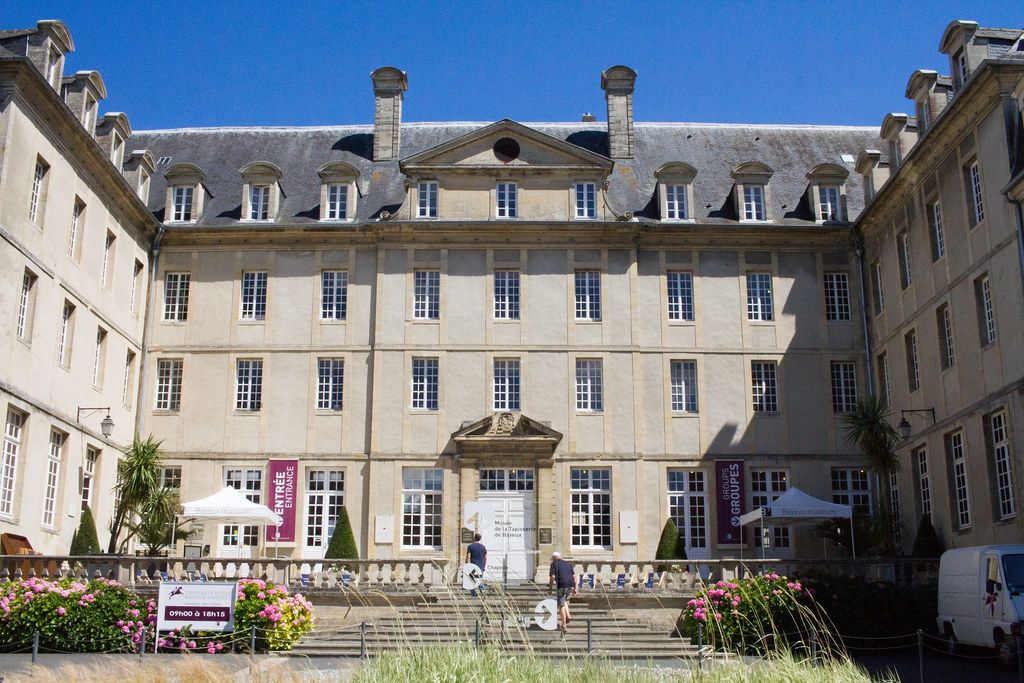 Tapestries that traveled to various places

This tapestry was displayed in various locations from the 11th to the 21st century.

In its early days it was displayed in various churches and castles in Normandy and England, but the first mention of the tapestry seems to be in a book written in 1476. At this time, the tapestry was kept in the cathedral of Bayeux, and was displayed in the nave of the cathedral every year during the festival from July 1 to 8. And it is said that Harold told people about his betrayal of Guillaume based on this tapestry.

This is the cathedral. We visited it before going to see the tapestry. 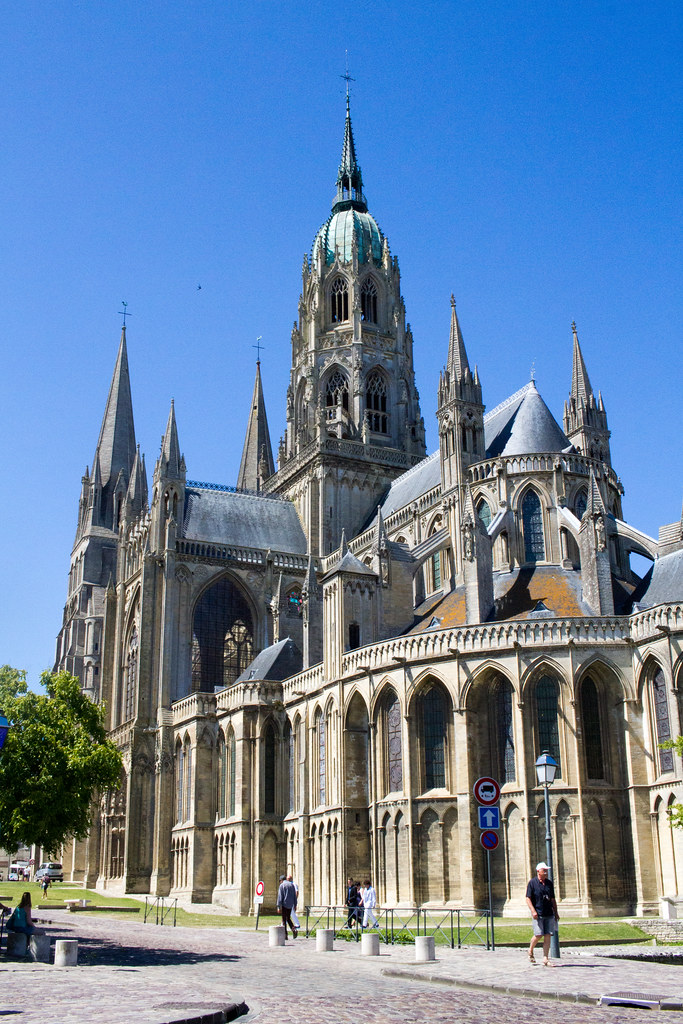 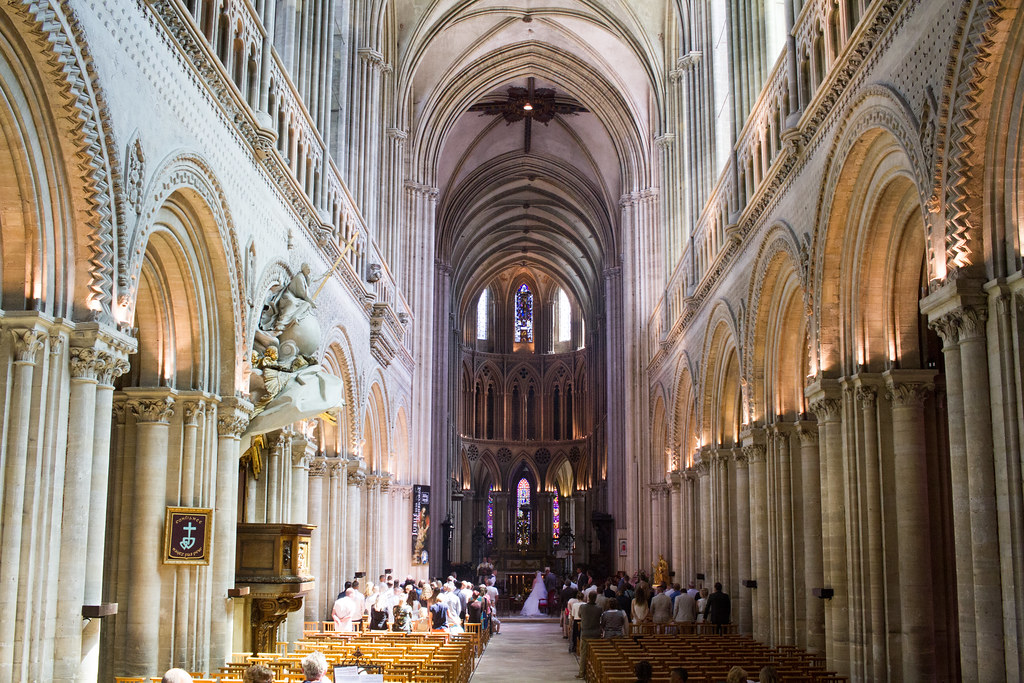 However, it seems that in the 17th century, these annual events were no longer held, and the tapestry was forgotten until the French Revolution. In the end, it seems to have become the property of the national art agency. However, it was lost again, but a local lawyer named Lambert Lefdorstierre saved it and it seems to have escaped from danger.

Then, in 1804, during the Empire, it was brought to Paris and opened to the public. From then on, from 1842, it was moved to the library in Place de Gaulle, and in 1913, it was moved to a place called the Doyen Hotel.

During World War II, it was owned by the Germans, but when France was liberated in 1944, it came back to Paris. It seems to have been kept in the basement of the Louvre for a while.

And it wasn’t until 1983 that the tapestry was eventually returned to the bayou after the war. It is now kept and displayed in the Tapestry Museum here in Bayeux.

Tapestry that tells a long story.

But anyway, this tapestry is long! The height is about 50cm, but the length is a whopping 70m.

It seems that many tourists come here from all over the world, and an audio guide is distributed free of charge (the entrance fee is taken separately), but it corresponds to quite a lot of languages, and naturally there was a Japanese version. I was forced to get the Japanese version because I am Japanese, but it was good as a result.

Now, this tapestry describes the events leading up to the Battle of Hastings, which took place in 1064 and on October 14, 1066.

There are two main characters here, Harold and Guillaume. Both men were associated with the English royal family of the time. Harold, the brother of the Queen of the Penitents, is said to have been shipwrecked in 1064 and washed ashore at Ponthieu in Normandy, where he accepted Guillaume as the heir of Edward the Confessor in his place as a thank you for his rescue.

Guillaume, on the other hand, was the official heir to the Duchy of Normandy. He came to England in 1052, before Harold drifted ashore, and was promised the throne by the penitent king, who had no successor at that time. The reason for this is that Emma, the mother of the Confessor, was Guillaume’s great aunt, and the Confessor had been exiled to Normandy for more than 20 years to escape from the Danes when England was ruled by them. He was a close friend of Guillaume.

However, Harold returned to England again, and when Edward the Confessor died, he broke his promise to Guillaume and ascended to the throne of England as Harold II, even though he had been set up by others.

Guillaume crossed the English Channel by ship and attacked England under the pretext that he was the one who had officially received the throne from the penitent king, which Harold himself had acknowledged, and that he had to oppose him.

He won the battle of Hastings in 1066 and became King of England himself as William I. Harold was killed in battle at Battle of Hastings. A monument dedicated to him is still standing at the site.

In addition, the exhibition is displayed like this in a dark room.

It’s very long and it curves in the middle.

By the way, another history of the Anglo-French conflict in the Middle Ages that has become important for my tourism is the Hundred Years War.

At the time of the war, the Aquitaine region was part of England, and many battles were fought for the possession of Aquitaine. Along the current Dordogne River, which was also the front line at that time, there are many castles and towns built at that time, and some of them have been chosen as “the most beautiful villages in France”. The Dordogne is an area with a high concentration of the most beautiful villages in France. 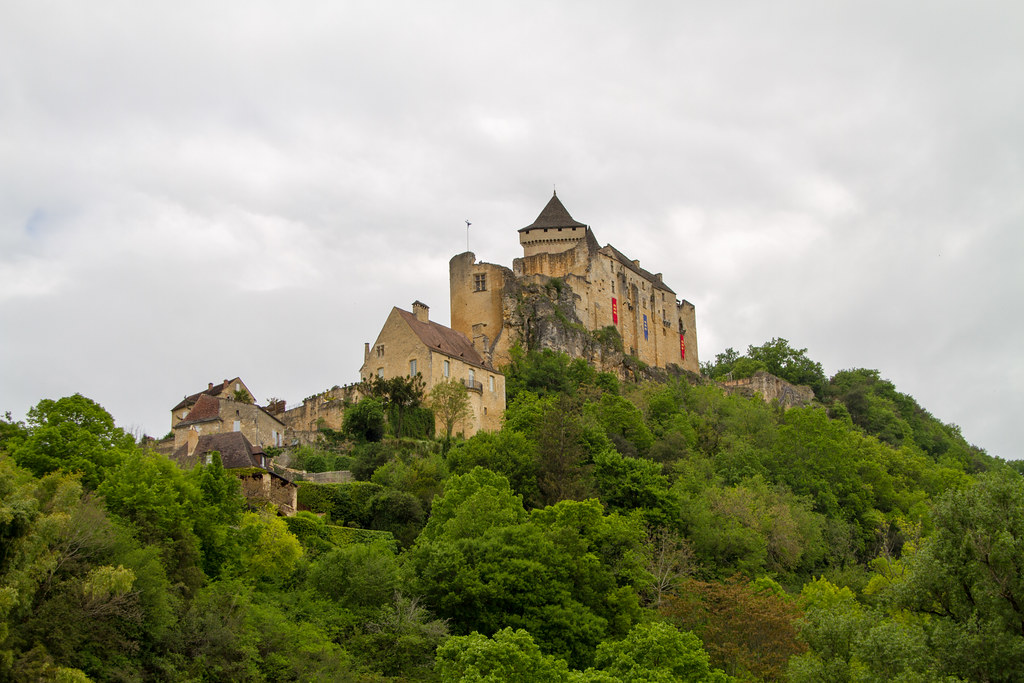 The Aquitaine region is also known as Bordeaux. Bordeaux was also an English territory at one time. It is said that wine production was improved and developed during this period of English rule.

Historically, there have been various fates and tragedies, but thanks to them, this area has developed a beautiful cityscape and a rich food culture, which we enjoy today. I’ve digressed a bit, but in any case, it’s no exaggeration to say that the relationship between Britain and France started with the Norman Conquest. Well, history is really interesting.

For May 15. This was probably one of the best weather days of the trip.I'll be brief today with some photos.巡礼の道Here are...

This time, I'm going to stay one night in Toulouse, a major city in the Midi-Pyrenees region of southern France, which i...