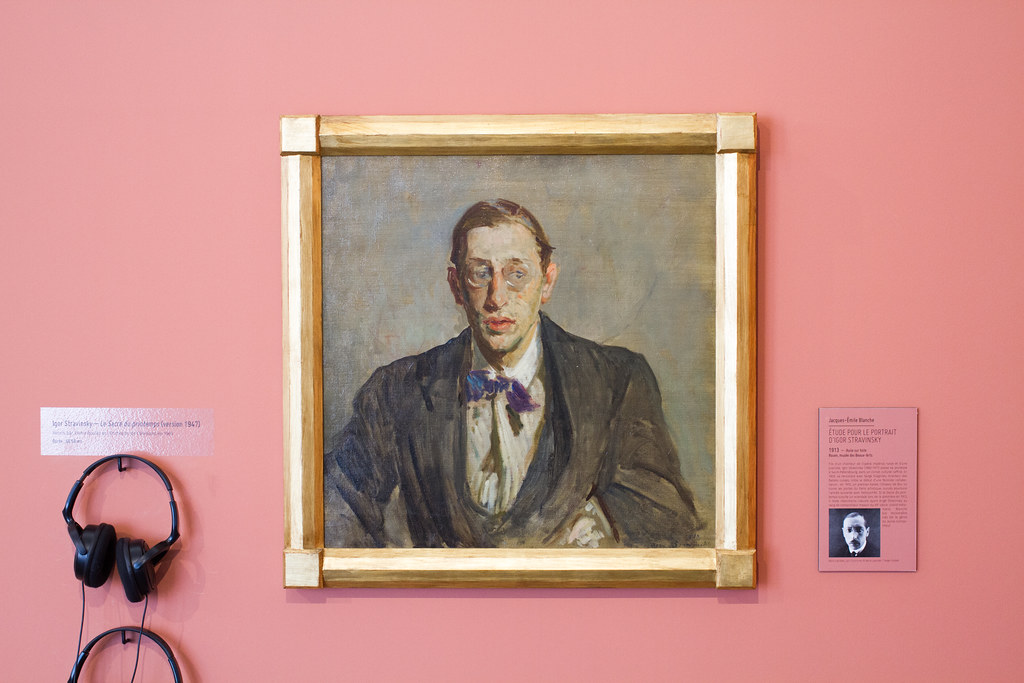 Visit one of France’s most exclusive resorts

Deauville, located in the Calvados department in the Normandy region, is also known as the “Queen of the Normandy Coast,” and is one of the most luxurious resorts in France, with luxury hotels and casinos lining the streets. The reason why I, an ordinary businessman tourist, not to mention a poor traveler, visited this town was because an Impressionist Festival-related event was also being held here, albeit on a small scale.

It took about an hour by car from Kern, where we stayed the night before. It was comparatively easy because it was the main highway. When I entered the center of Deauville, there was a somewhat Monaco-like atmosphere. The hotel and the Ron Pointe in the town were also somewhat gorgeous. 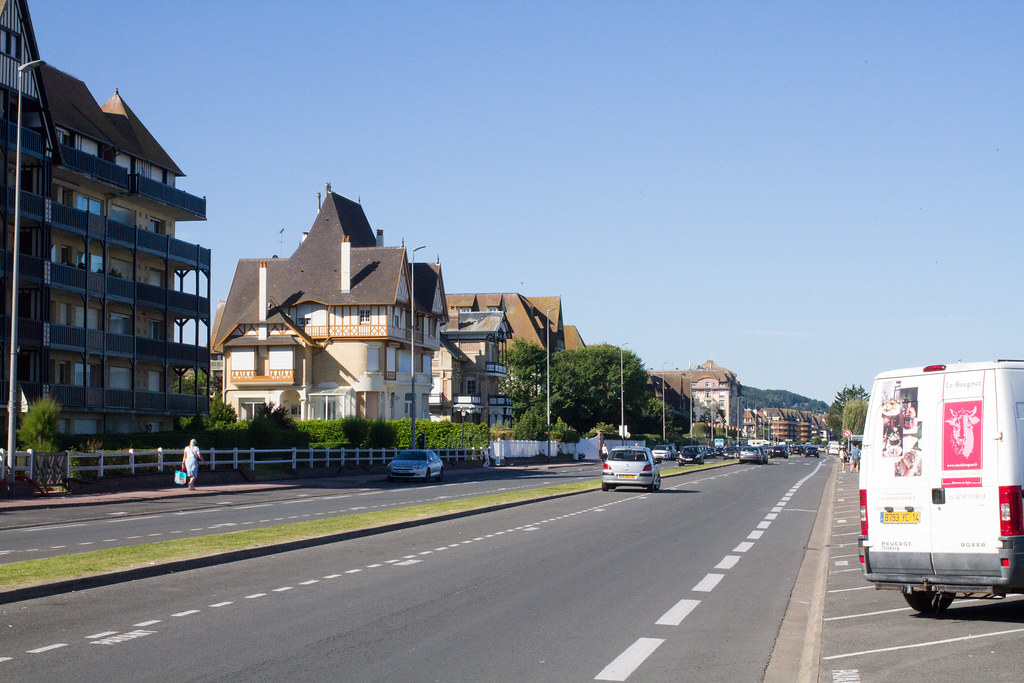 At any rate, we decided to enter the parking lot adjacent to the beach used by beach-goers because the place that would be near the venue was drastically beach-side.

Wandering the beach to find a place to hold the event

But according to the official website, the address of the venue was as follows…

There was absolutely no place that seemed to be holding an exhibition at the location shown on Google Maps. I wandered around the area for about half an hour looking for it, but I couldn’t even find a sign to guide me. I didn’t want to spend too much time here, because I had to go to three other venues (cities) later that day, and then to Charles de Gaulle Airport to pick up my wife in the evening.

However, it was fun to just walk around the beach. It is quite large.

Notes on use. It seems that alcohol is not allowed. It might be better to prohibit it in Japan.

There are a few parasols dotted around, but apparently there’s a charge for them.

There is a so-called “beach house” on the beach, and it seems to apply there. There are a lot of people lined up, so I wonder if they apply here.

Just when I was about to leave, I found the venue, Le Pointe de Vieux.

I walked along the beach like this, occasionally went into a shop and asked where the automatic payment machine for parking fee was. When I walked to the place where it seemed to be, I found such a building. 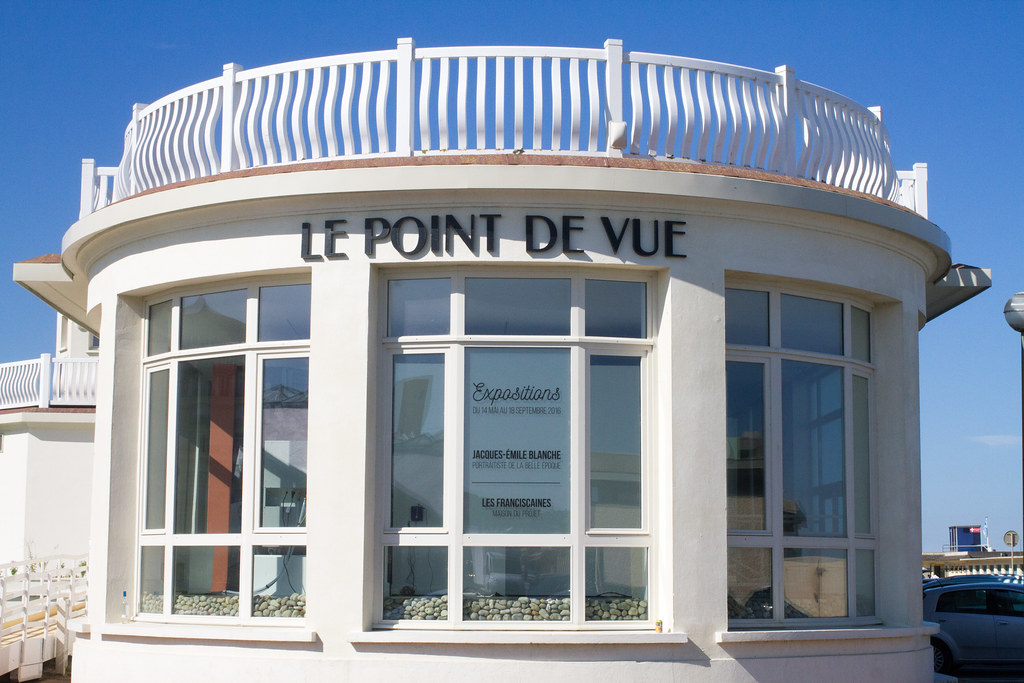 It is indeed “LE POINT DE VUE” as written in the official site. It seems that this is the venue. Hmmm Google Maps didn’t show me this far….

It was fortunate that it was right near the pay machine in the parking lot. At any rate, I moved my car there and then went inside. I was the only spectator. It may be because it had just opened. When I entered the museum, I was asked in French if I had come to see the exhibition. I said yes and showed my discount pass for the Normandy Impressionist Festival, which I had bought in Le Havre, and was able to enter at a discounted rate.

A small solo exhibition by Blanche, who painted portraits of many artists

Jacques-Émile Blanche was a portrait painter of the Belle Epoque period. With the support of the Musée de Rouen, he was able to interact with many of the artists of that era. He was famous for his very wide range of friendships. That is probably why there are so many portraits. Even today, many portraits of famous people are in the museum in Rouen. 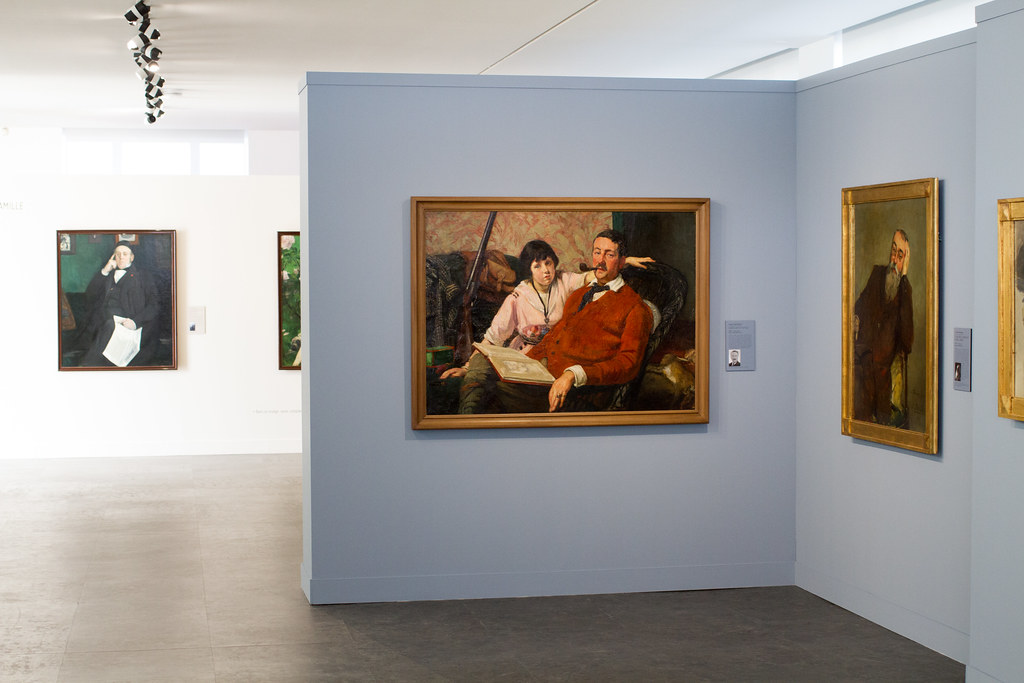 His relationship with Deauville is that he first visited the area in the summer of 1891, and from then on he was fascinated by the resort area, including Deauville, and from 1896 to 1901 he lived and worked here. The portraits of Cocteau and Stravinsky shown in this exhibition were painted during this period.

This is the portrait of Jean Cocteau. 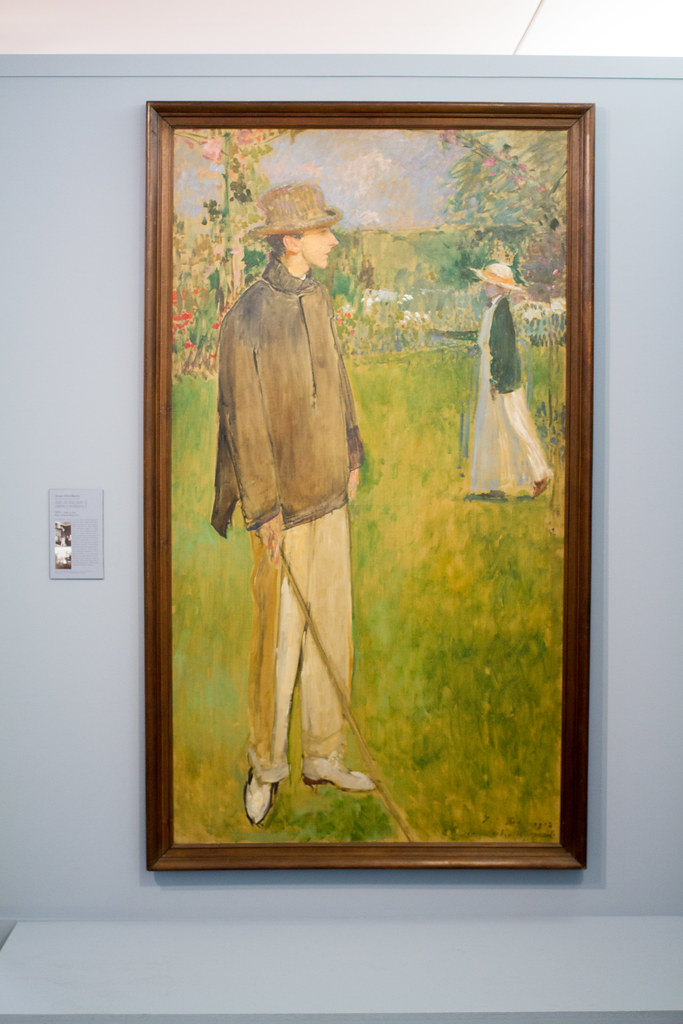 And what impressed me the most was the portrait of Igor Stravinsky.

Blanche was a close friend of Diaghilev and met Stravinsky when he was just starting out. 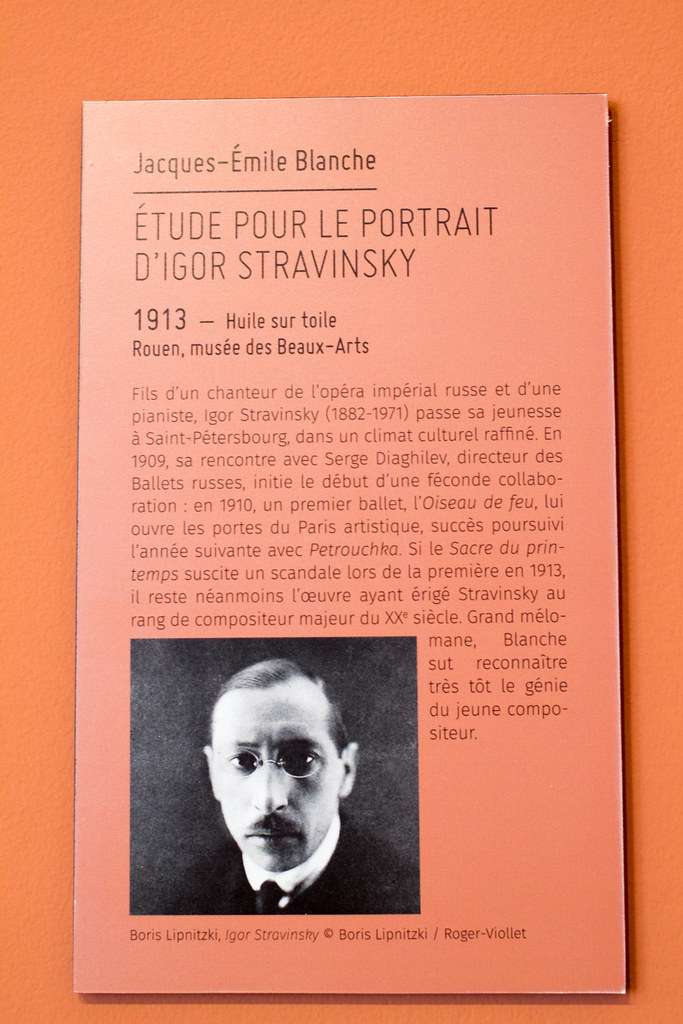 In the hall, I could hear “Le sacre du printemps” through headphones, but it was Petrushka that was playing (laughs). It must have been played on the CD of the three major ballet pieces of the Cleveland Symphony Orchestra conducted by Boulez. 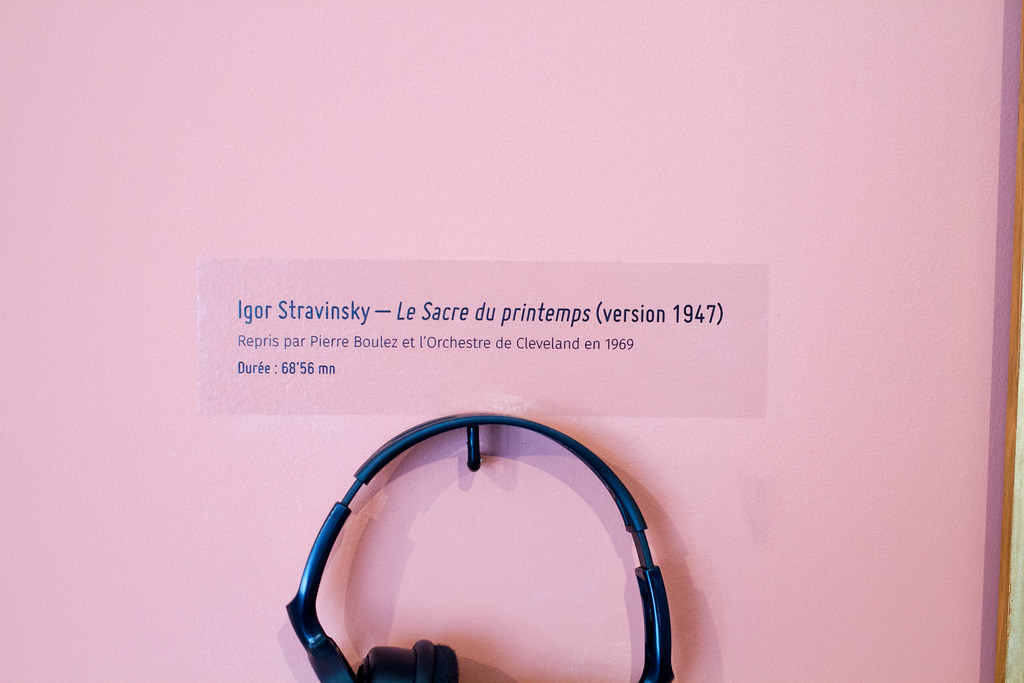 There was also an even smaller event called “Women Painters.”

Now, there was another event related to the Impressionist Festival here on the Deauville Coast. However, it was also difficult to find. What a surprise, it was located in a corner of restaurants and shops on the beach.

I couldn’t go inside because it seemed to be a shower room and a paid facility (you have to pay at the entrance), but I could see the scene from outside. It was not a picture.

Date of visit: April 30, around 11 a.m.Riquewihr is probably the most famous of the most beautiful villages in France, l...

Before I knew it, it was already the sixth day. We had an early start this day. We checked out of the hotel early at 7:3...