(From the special exhibition pamphlet)

On the last day of this short stay, we went to Paris. I’ve already visited Paris many times, moreover, I visited Paris in July this year, but there are still many places I want to visit. This time, there were two special exhibitions (Expositions) that looked interesting, so I will briefly report on them. This is the first of them.

But unfortunately, photography is prohibited in this special exhibition. You can see the inside of the exhibition on the Youtube video posted on the website.

Here is what I wrote based on the information in the magazine I bought there.

However, this one is written entirely in French. Although I can now read a little, I am still not confident in my French reading comprehension, so I decided to study some of the works I will introduce next and try to write my own interpretation of what I understood.

The Bauhaus is an art school.

When I think of Bauhaus, I have a strong image of Germany, especially its architecture, and I think some of its buildings have been selected as world heritage sites. What on earth is Bauhaus? That was the reason why I wanted to visit this special exhibition.

(From the special exhibition pamphlet)

The Bauhaus art school was founded in 1919 in Weimar, Germany, and would last until 1933, when it was closed under pressure from Nazi Germany.

Clay and Kandinsky taught there.

I think the impression of the architecture was particularly strong because the founder of the school, “Walter Gropius”, is an architect, and the school building is a World Heritage Site.

Initially, the school was founded with the aim of providing education mainly in architecture, but it later expanded its curriculum to include sculpture, painting, and photography, mainly because avant-garde artists such as Klee and Kandinsky became instructors.

The Advancement of the Bauhaus, the Arts and Crafts Movement and Art Nouveau

Bauhaus was also influenced by several art movements that were popular at the time. One of them was “Art Nouveau”.

The Arts and Crafts Movement began in England, led by William Morris, as a movement to counter the mass production of inferior, inexpensive industrial products after the Industrial Revolution. The aim of the movement was to return to the handmade, artisanal production of products as in the Middle Ages.

In the end, however, this movement was only able to produce luxury goods that only a few of the bourgeoisie could afford, but it led to a new idea of combining artistic concepts with modern industrial production and modern functional industrial products. It is said that he had a great influence on the subsequent Art Nouveau and Modelismo.

Therefore, it can be said that the spirit of Bauhaus has evolved into a more modern, functional and simple design, although concepts that are also common to the “Arts and Crafts Movement” coexist in the spirit of Bauhaus. In this special exhibition, the following candlesticks were used as an example to convey this in an easy-to-understand manner.

In Europe, symmetrical design, or mathematical ornamental techniques, have been valued since Greek times. In this special exhibition, there was a study that re-analyzed the design methods and techniques of cathedrals from a geometric perspective, and related works were exhibited.

There were also Japanese influences.

For example, the well-known painting style of Kandinsky, who was also a lecturer at the Bauhaus, was inspired by Japanese stencils, as the exhibition explained.

It is true that around 1870, it was well known that Japan had a particular influence in Europe, just as the Impressionist painters were influenced by Japanese ukiyoe.

However, I don’t think there were many exhibitions that explained in detail the symmetric world of the West, which has continued since the Greek era, and the asymmetric world of Asia, which is in contrast to the West, and how these influences affected the works. I couldn’t understand it even if I looked at magazines or websites.

The reason why Japan attracted so much attention in Europe at that time was that most of the Asian countries at that time, including China, were colonies of the European powers, but Japan was the only country that was not. That was strange to them, and that was the reason why they were particularly interested in Japan. That’s why I started to do a lot of research about Japan. Of course, they were interested in history and customs, but they were also interested in technology, culture, and art.

I’ve been wondering about this for a long time. From Japan’s point of view, I understand that after the Meiji Restoration, it was necessary to learn various technologies and cultures from the West in order to catch up with the Western powers as soon as possible, but I wondered whether they accepted the offer surprisingly willingly. The reason behind this was that they themselves did not know what kind of country this mysterious Oriental powerhouse was. In fact, they themselves wanted to know what kind of country this mysterious Oriental power was.

By the way, I would like to digress a little, but at the special exhibition about the First and Second World Wars that was held at the Arms Museum in the same city of Paris on the next day, it was explained that Japan was the only Asian country that was not colonized and that it was a powerful country that could compete on equal terms with the West, such as winning the Russo-Japanese War.

Even though the exhibition was held in France, which seems to favor Japan a little, I was able to realize once again how strange and powerful the country was thought to be by the Western countries of the time.

Bauhaus and the current building

The main characteristics of Bauhaus architecture are that it is more rational and transparent than previous architectural styles, with no unnecessary decoration and larger windows to allow more light into the room.

However, it seems that the Bauhaus’s rational architectural philosophy was not immediately accepted at the beginning of the school. First of all, it is said that there was a reason that there were not many people who understood the idea of Bauhaus because it was so novel at that time, but more importantly, it is said that the founder, Gropius, had his hands full with his own work and could not be actively involved in the management of the school in the beginning, for example, he took some of the Bauhaus students to his office. It is said that this is because he was too busy with his own work to be actively involved in the school’s management in its early years.

However, when I think about it again, I think that this style is the design of any number of buildings that can be found around nowadays. Maybe this is the origin of the current common sense about the shape of this building. I think it is safe to say that this building has been influenced by Bauhaus (or by modern architecture including Bauhaus) in some way.

In fact, when you look at the photos of the buildings featured in the magazine, you can’t help but feel that they are quite ordinary from our modern point of view. When you think about it again, it’s an amazing thing to make it common sense. This is an example of why the Bauhaus had such a global impact.

The story is a little different, but when we talk about UNESCO World Heritage sites, we tend to focus only on the old ones, while Le Corbusier’s buildings and this Bauhaus-related facility were recognized in the summer of 2016. I have long wondered why this is so, but through this special exhibition, I felt I understood a little more. I feel that the selection of UNESCO World Heritage sites tends to be somewhat biased toward Europe and the United States, but I think this is evidence that the evaluation of the degree of influence on human culture is firmly established.

Bauhaus, which was overlooked in Weimar

Finally, I went to Weimar, where Bauhaus was first born, 6 years ago. But unfortunately, I didn’t know much about Bauhaus at that time, so I just took a picture in front of the building called Neu-Bauhaus and passed it by. If you don’t understand the background of Bauhaus, you can’t understand what it is. 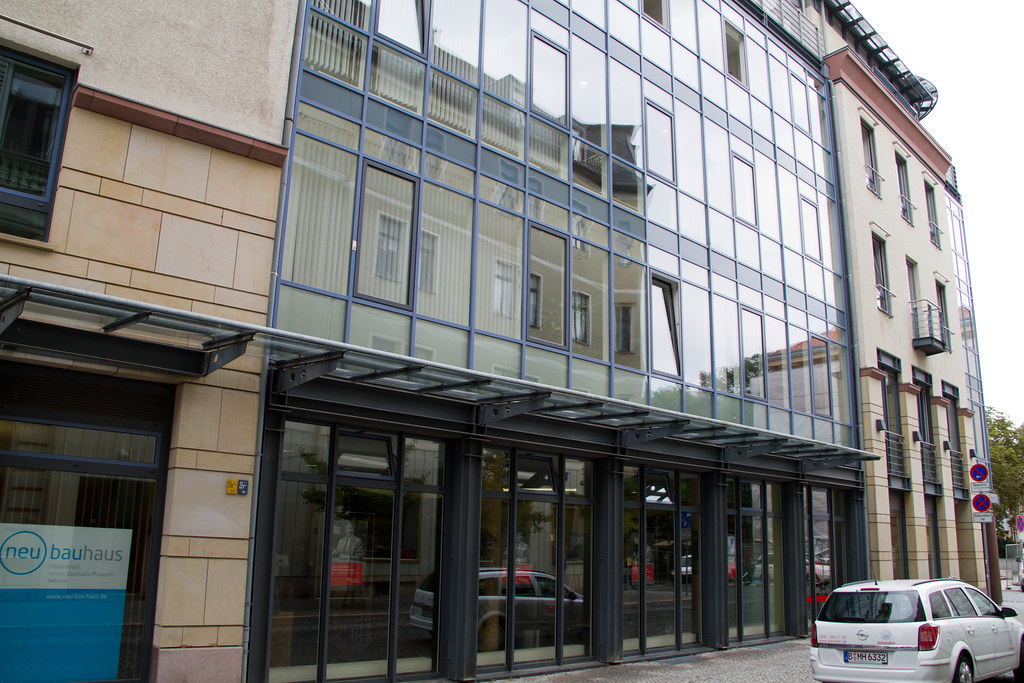 The state of Lower Saxony itself, where Weimar is located, I visited in October 2015, but there are still many places I want to revisit, such as Dessau, where the Bauhaus school was located, and Alfeld, where the Fags factory, the work of Gropius, the founder of the Bauhaus It seems that there are many places that I want to revisit. In addition, there are still many places that I need to visit along the fairy tale road in Northern Germany. I now have more motivation to visit Germany again. Let’s consider it again after next year.

Germany and the Enclave Tour Autumn 2015 Part 1: Departures, my first Qatar Airways and buying a prepaid SIM from O2

この連休はちょっとアートな3連休でした。Ensemble UnionAn ensemble concert by an acquaintance. It was held on Saturday.Carl Reinecke Trio for...