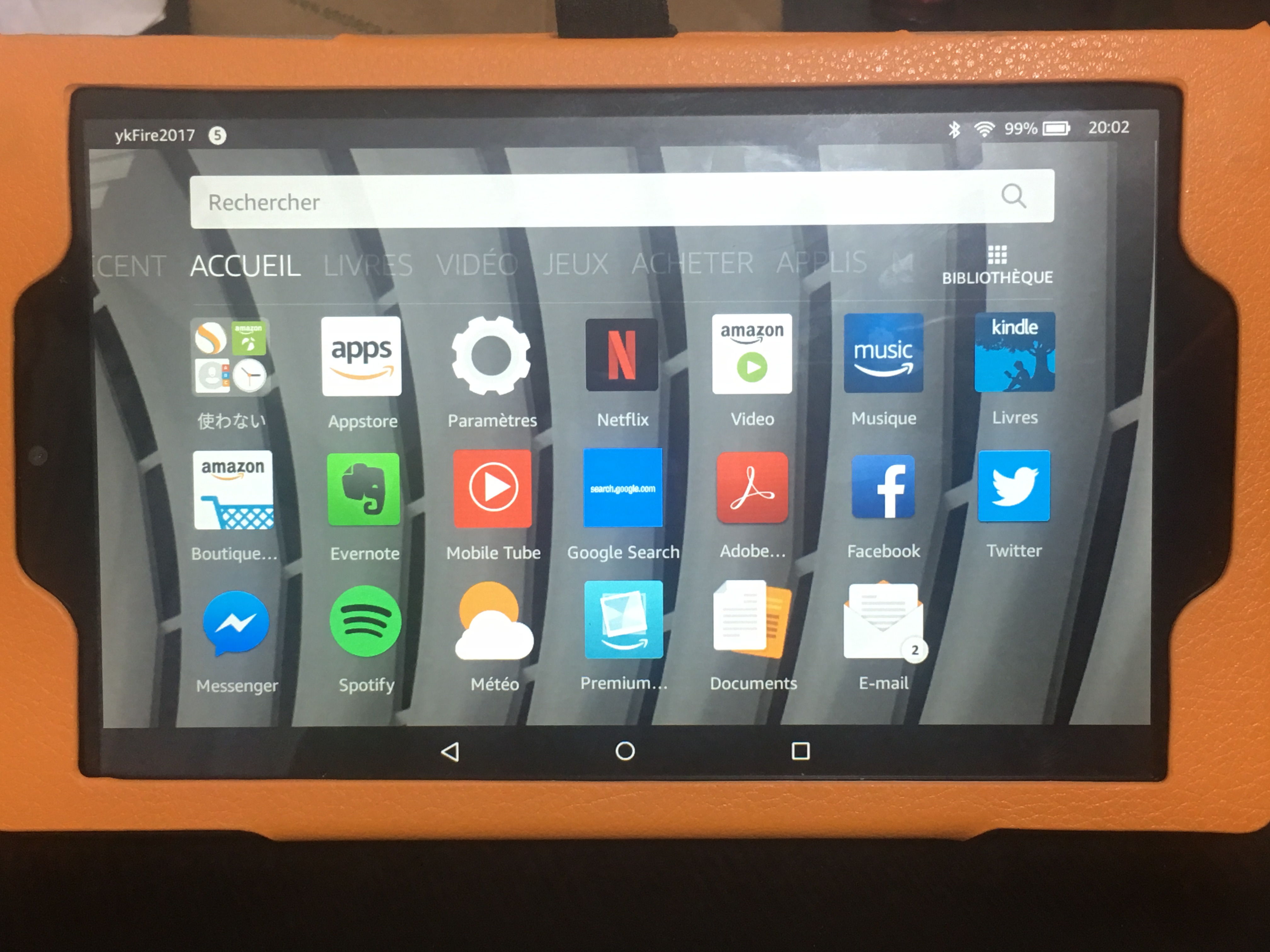 Bought my first tablet in a long time. It’s for Air China, lol. Of course, it’s not just for that purpose.

As a person who usually carries MacBookPro in a bag, I honestly feel unnecessary such as a tablet. No, actually it was, but this time, I decided to buy it for a strange reason. 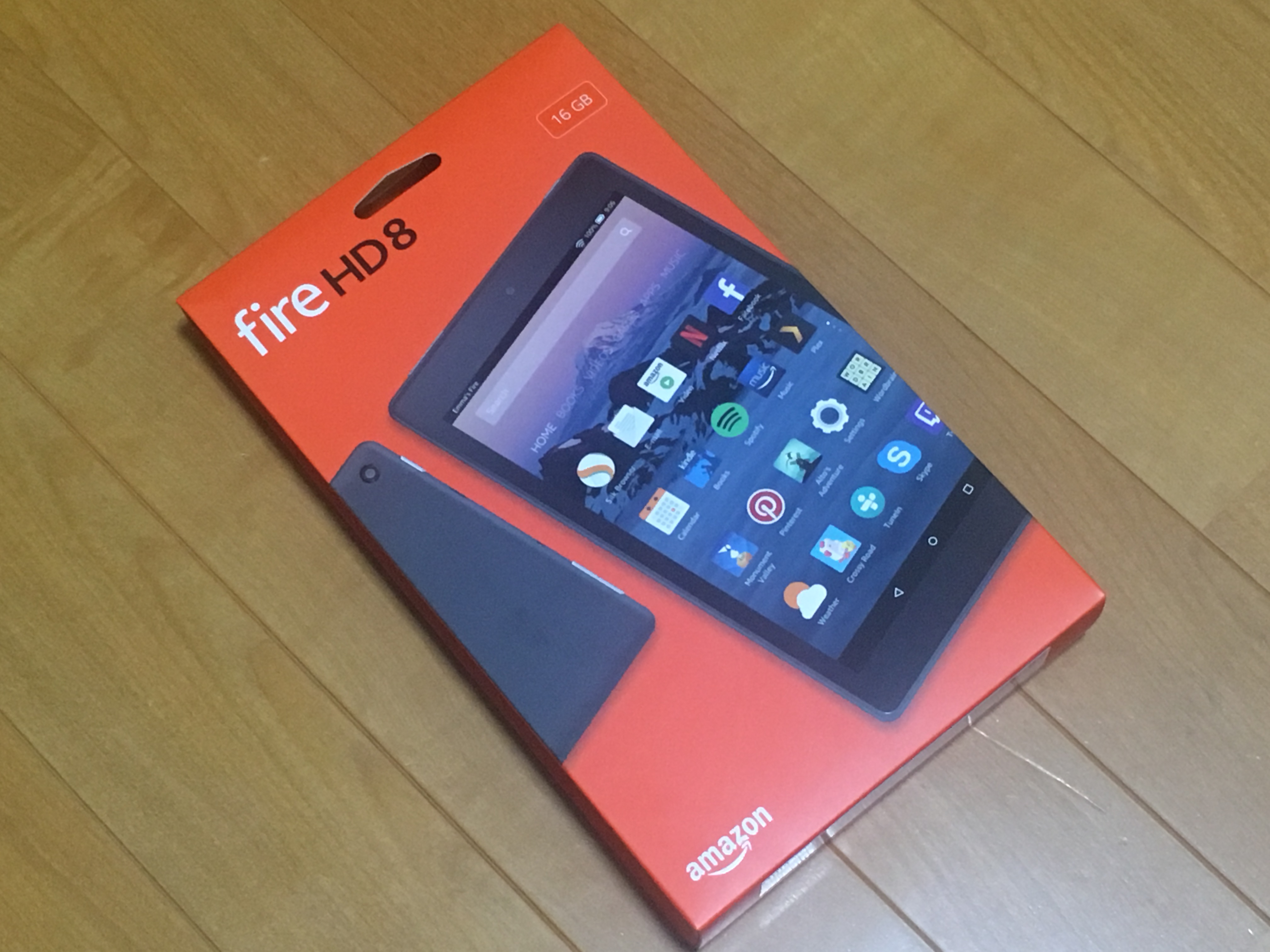 The first thing you’ll notice about this device is its price, even the 16GB model is only 11,800 yen, and if you’re an Amazon Prime member it’ll be here soon. But still, what a simple packaging. I admire the thoroughness of not spending money on unnecessary things.

It’s an actual tablet, but it’s pretty heavy. It’s 369g, which is a bit disappointing, but Amazon says it’s tougher than the iPad for that reason (I heard it was twice as tough as the result of a drop test), so that’s good. 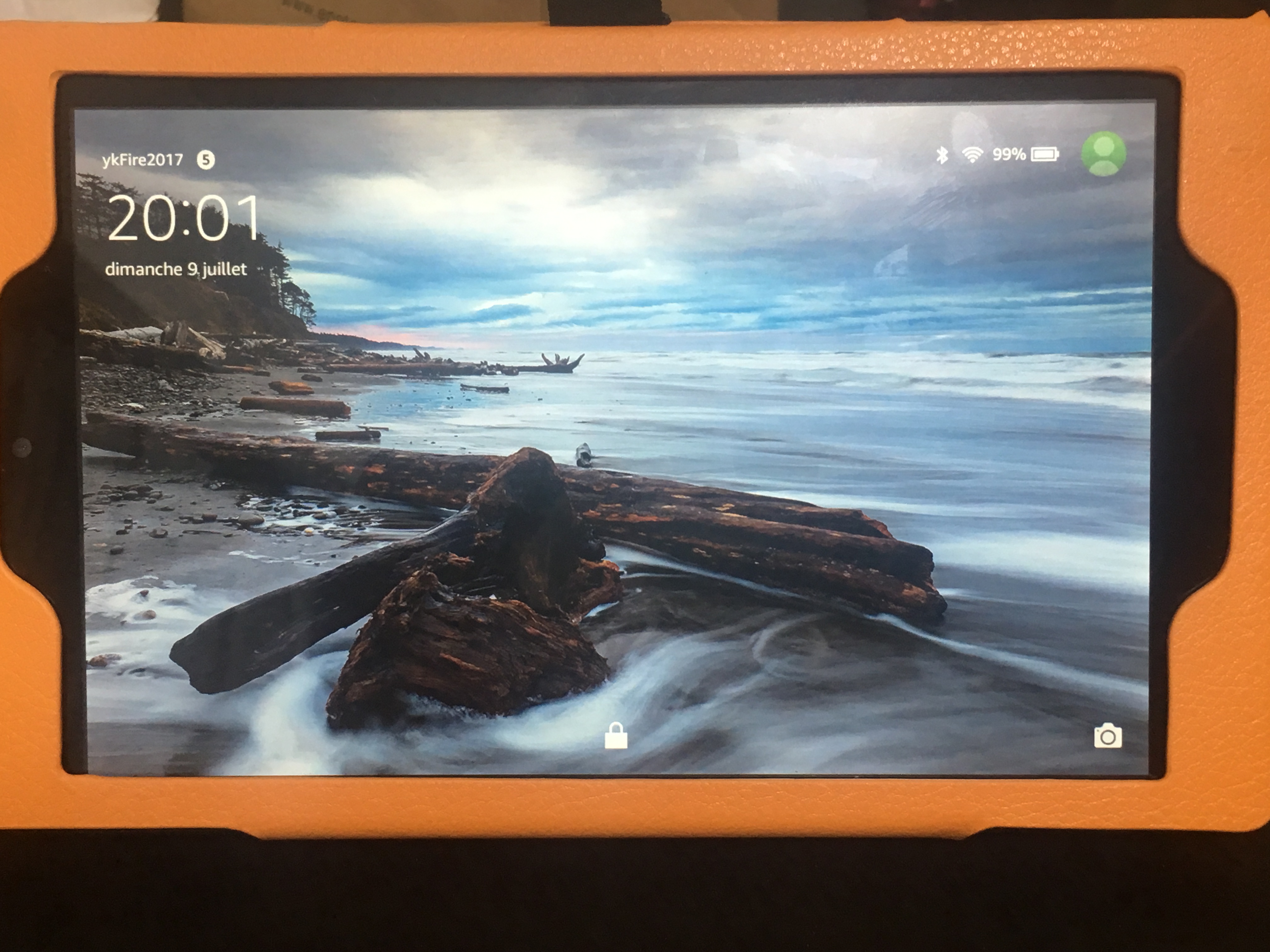 I bought it because I thought it would be more convenient to have a cover, but it became more and more heavy. there is a genuine cover which is rather expensive like iPad, but I think this was better.

In addition, the setting language was set to French for the study as well as iPhone.

I was going to cancel the order and order again, but it was already too late. It was too late.

Fire OS is unexpectedly good at being “superfluous”. 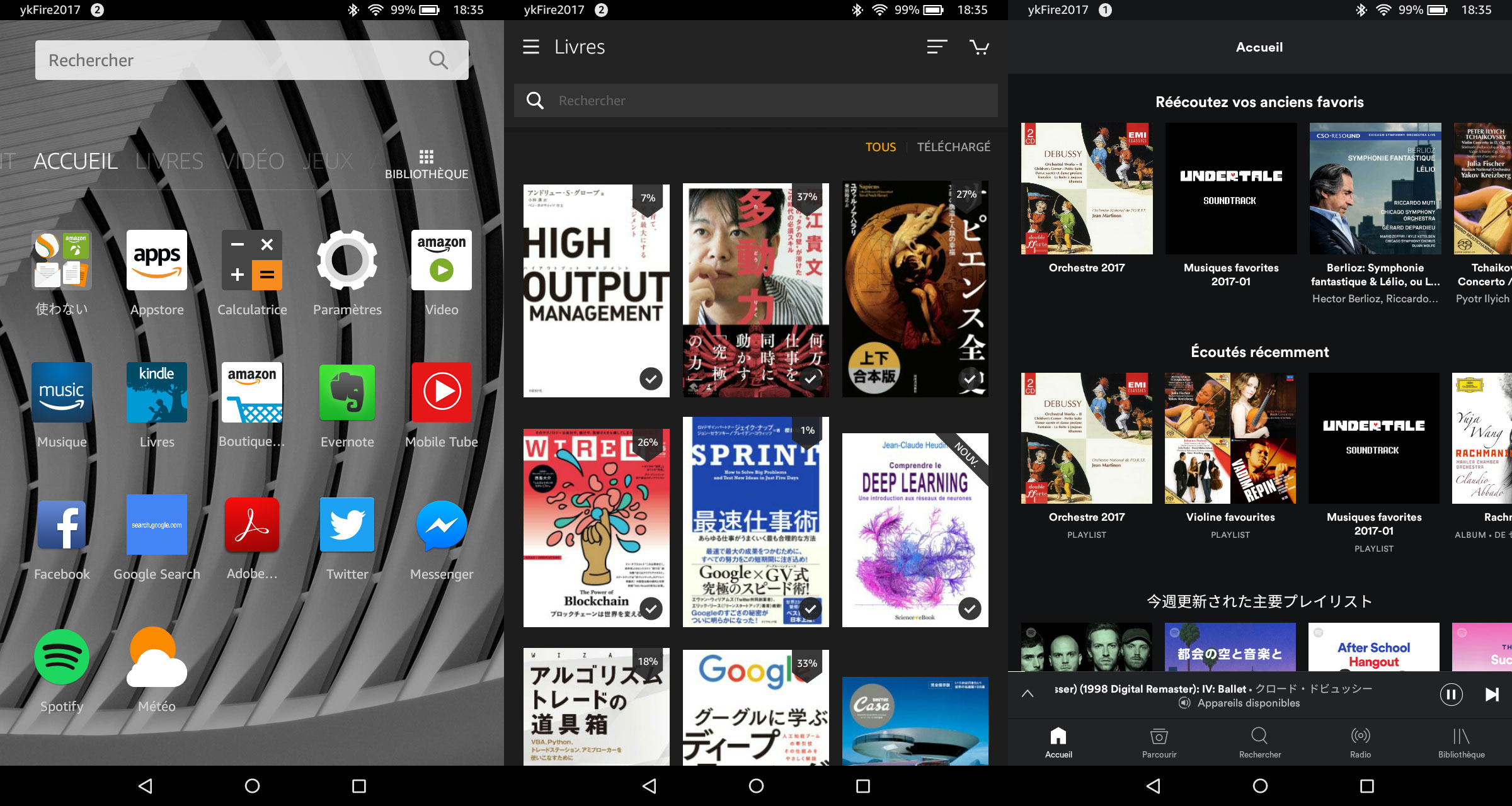 Fire OS, perhaps it is Android base, but I think that the point which specializes in some yesterday can be evaluated instead though the application which can be used is few. Because it is bewildered if it is possible to do this and that conversely, and it is not possible to use it, rather such a concept can sympathize. The early iPhone was like this, too.

Of course, the most heavily used one is Kindle (Amazon’s electronic book device). iPhone is usually enough for me, but when I’m looking at magazines or studying programs, tablet size is more convenient and easier to read.

Speaking of which, there are various perks for buying kindle books.

The sound quality isn’t great, but the music apps are Amazon Music and of course Spotify, so this is pretty good.

And then there’s video. This one has Netflix and Amazon Prime Video. The tablet’s speakers are out of the question, but the sound quality is tolerable if you listen with Bluetooth-enabled earphones or headphones. (If you’re a stickler, it might be tough.)

Especially, I thought that 8 inches was enough for the extent that I watched while watching a movie. Video, I watch well, but iPhone is still small, and when I watch it with iMac at home, I have to become a view that concentrates only on it. I thought that I could use it unexpectedly to watch a rather unimportant, light video (such as a drama) while streaming appropriately. It is the center of streaming at home, etc., but when going out, especially when moving long distance such as an airplane, it is good because it is possible to download contents.

We also have all kinds of social networking sites.

There are some unfortunate aspects to this.

Even though it’s a limited feature, there are some things I personally think you should try a little harder for, as expected.

Next is the lack of Dropbox and Dropbox Paper. It’s a pity because I use them a lot in daily life. However, there was Evernote. This is a relief.

I feel like I’m not dealing with it at all. I don’t think it’s necessary to divide the village so much, though. I think that I want you to do something about mail and calendar. I want them to get along.

Oh my god, there’s Final Fantasy IX! I bought it by accident. However, it was too heavy and painful… heavier than PS era… I gave up and uninstalled it. It looks like I can only enjoy light games.

However, I can say that the main reason I decided to buy it was to use it when I travel. Oh, that was the title lol.

I often use Air China to go to Europe these days. Anyway, it’s cheap! Because, I will be taken care of in November last year, April this year, and also in July (I will introduce next time). At the most, you can get a round trip for less than 70,000 yen, which is frighteningly cheap.

It’s true that the transfer in Beijing is a bit of a hassle and the service is not great, but it’s not bad and I have no other choice. Especially, there are many flights to Paris.

I think I can put it to good use for a while.

Of course, it’s not impossible that I will eventually stop using it like the PaperWhite I bought before, but I’m very happy with my purchase of the Fire because it has unexpectedly found new uses, especially for home use only, even though its uses have only expanded a little beyond the Kindle (Amazon’s electronic book device) I’m very happy with my purchase. If you’re going to buy a badly made, expensive iPad or Android tablet, this might be the way to go.

I tried Amazon Prime Now, and it really came in an hour!

It really came in under an hour!What is Amazon Prime Now?Prime Now is a service for Prime members that allows you to pla...

※新幹線で移動中に更新！ I knew that this feature itself existed, but I hadn't used it much before.However, I've been using it a lot...

I always buy my shoes for the office on Amazon…

Almost simultaneously with the timing of my return home, the shoes I ordered while walking through Tokyo Station this mo...

Now I’m back with Amazon Kindle for Mac. After using it, I realized that it’s different.

What's with this useless motivation from last week (laughs)?Now I've installed Amazon Kindle for Mac. It's an app that's...
April 2017 Travel to Western Spain and Portugal Part 3: World Heritage No.4 – Historic Centre of Porto Part 2
This summer we are starting a tour of the most beautiful villages in Walloon, Belgium!
Home
02.IT related
Copied title and URL