After 7 years, this is finally the last in a series of visits to beautiful villages in the province of Corrèze and Lot. Updates have been delayed due to a cold and a concert (presentation).

I didn’t plan to visit this village originally, but I happened to be on my way to the next destination, which was the first place I visited on that day (I’ll introduce it next), so I decided to visit it. If you look at the map, it is on the way to Carenac from Collonges-la-Rouge which we visited the day before. I thought it would be better not to visit there.

However, I remembered this “small alley” leading to the village very well, because I was lucky enough to find it in one shot at that time, even though it was too difficult to find. At that time, we didn’t have Google Maps, so I had to look at a Michelin paper map while exploring, and it was very difficult to enter a small alley level road from a prefectural road. When I was driving on the prefectural road to Curmont, I found this alleyway that I remembered and that had left such an impression on me. Even though we were heading in the opposite direction.

The car park was on a hill on the other side of the river where you could look down on the village which at the time I went out of my way to get a picture of the whole village. It was very spacious, and again, there was a charge. It may be very crowded in the season, but this day was a normal day, so it was empty, but there were still about five cars parked there. 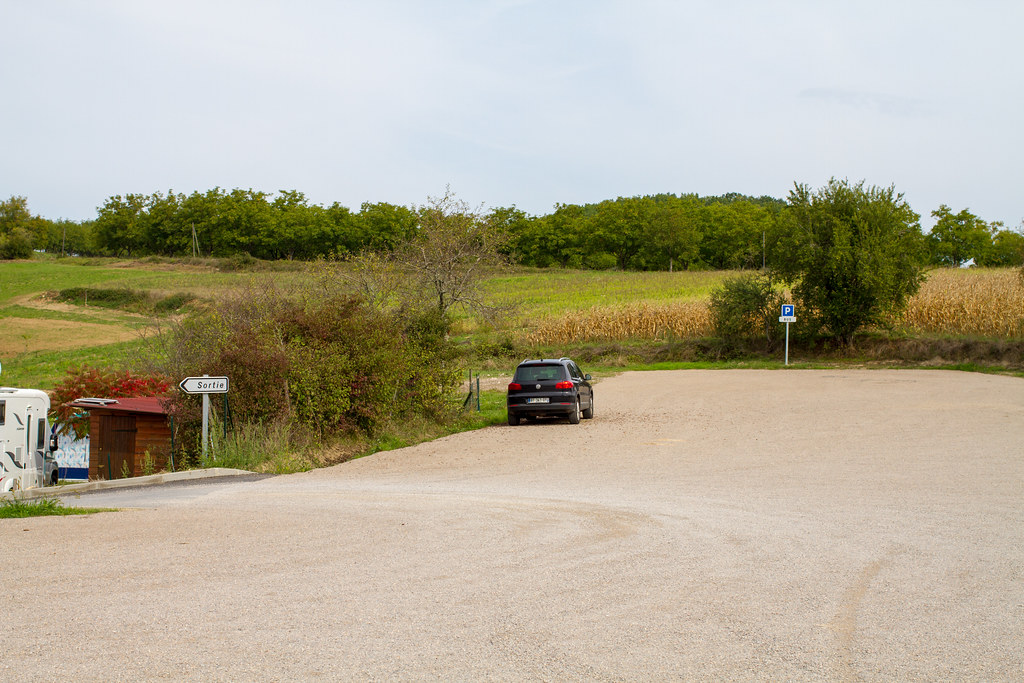 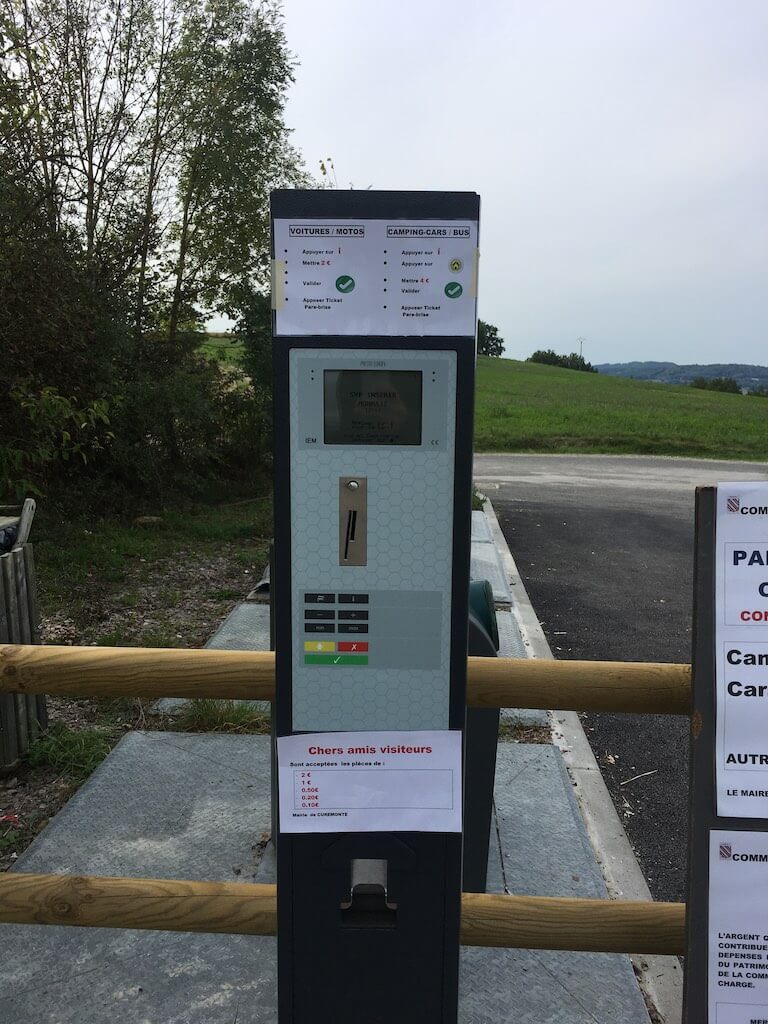 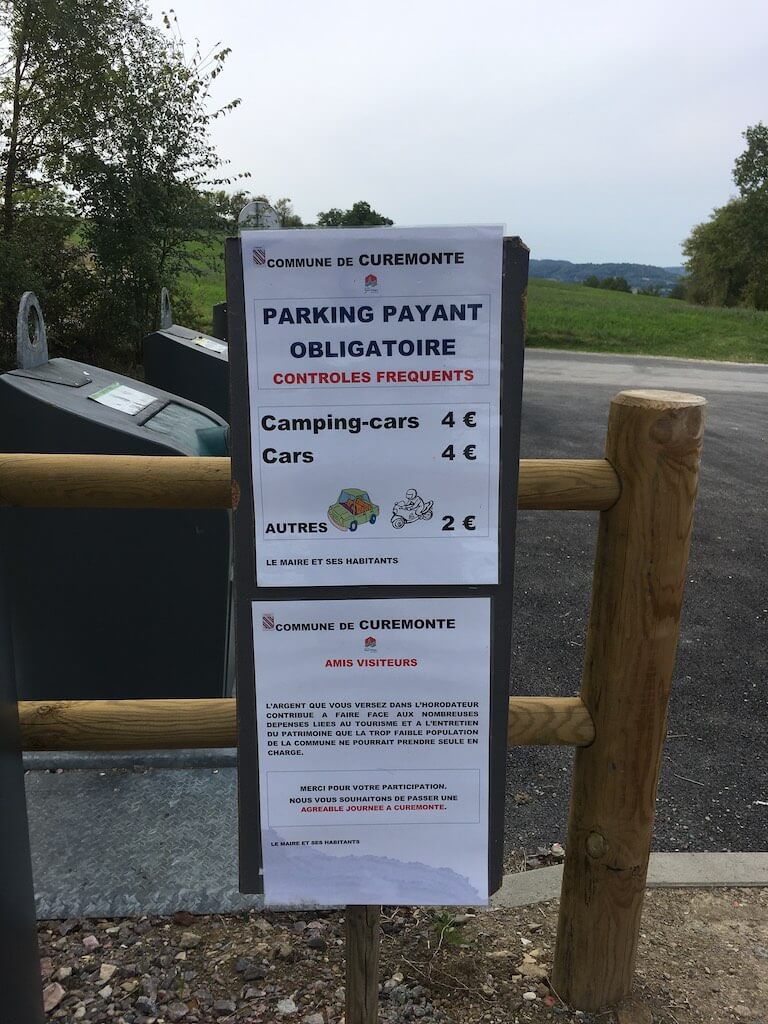 By the way, the view of the village from here is as you can see. The chateau in the center is impressive, but you can’t visit it. 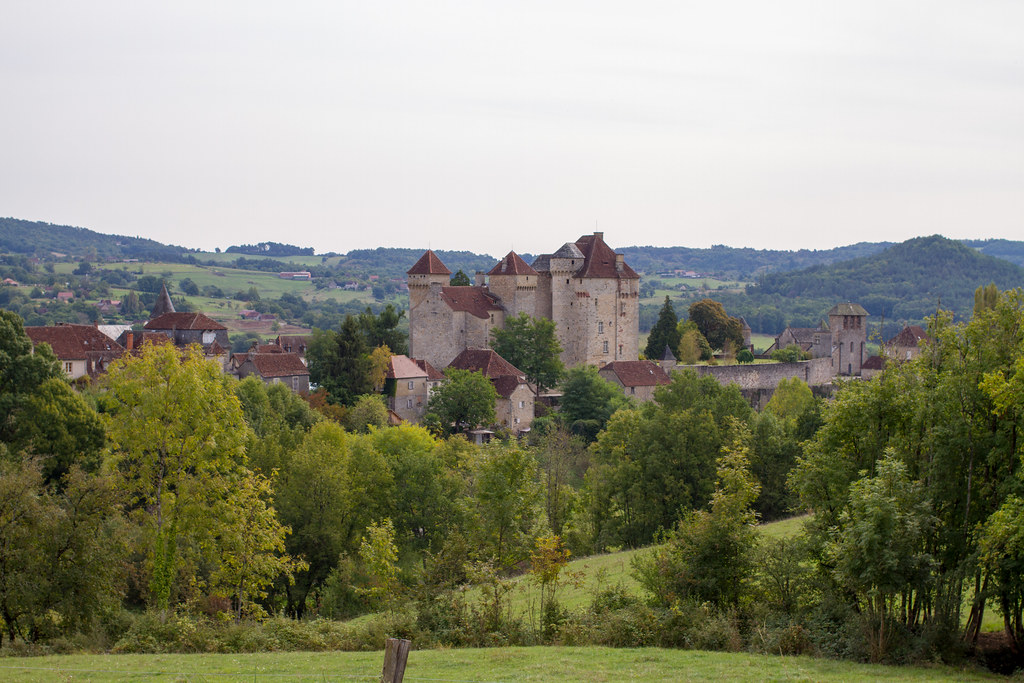 Here’s a photo I took from a similar location seven years ago. 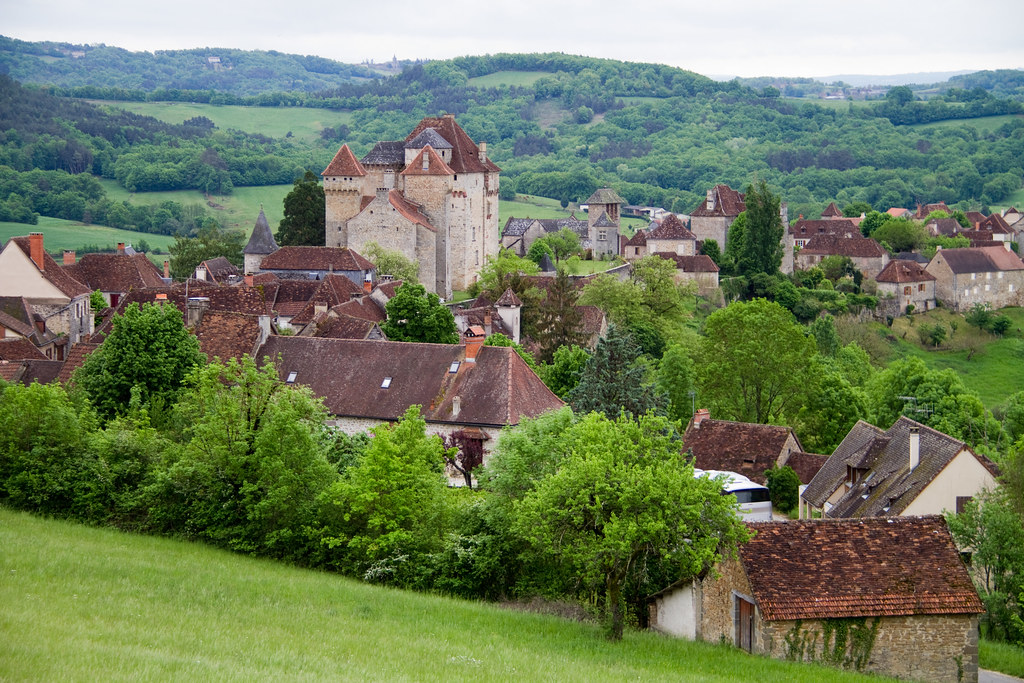 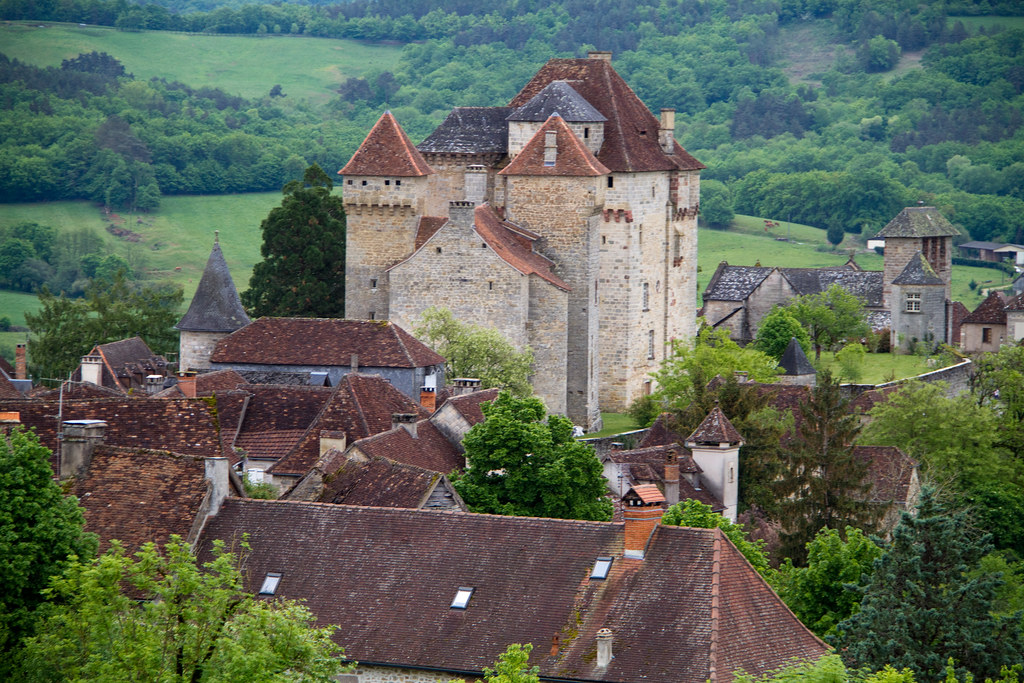 The road from the parking lot on the other side of the river to the village was well paved and had a nice sidewalk; seven years ago it was just an ordinary narrow road. 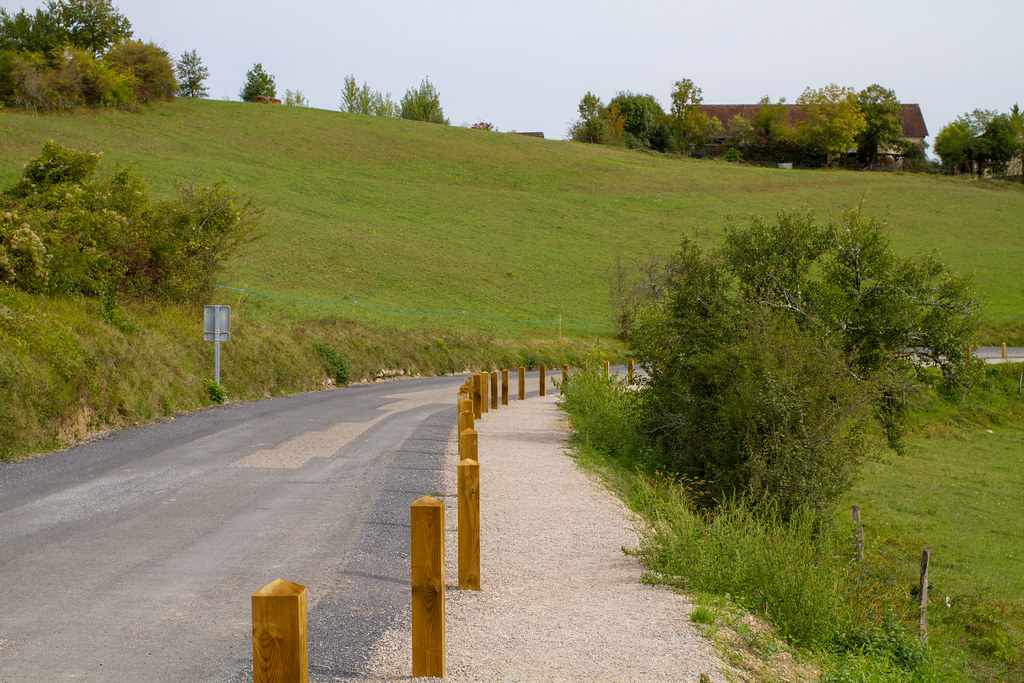 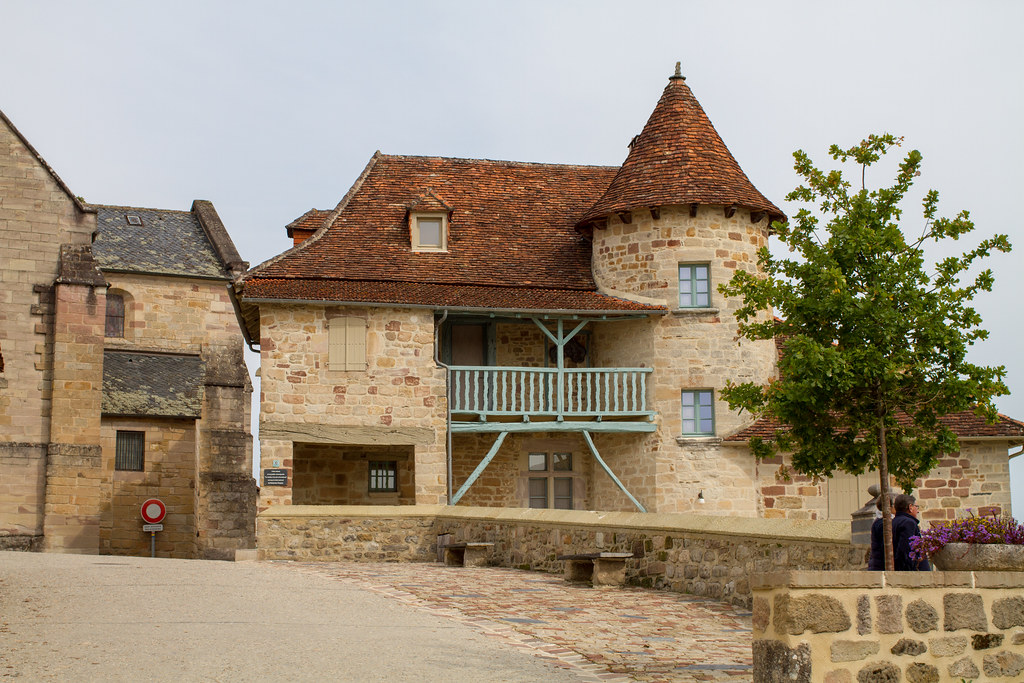 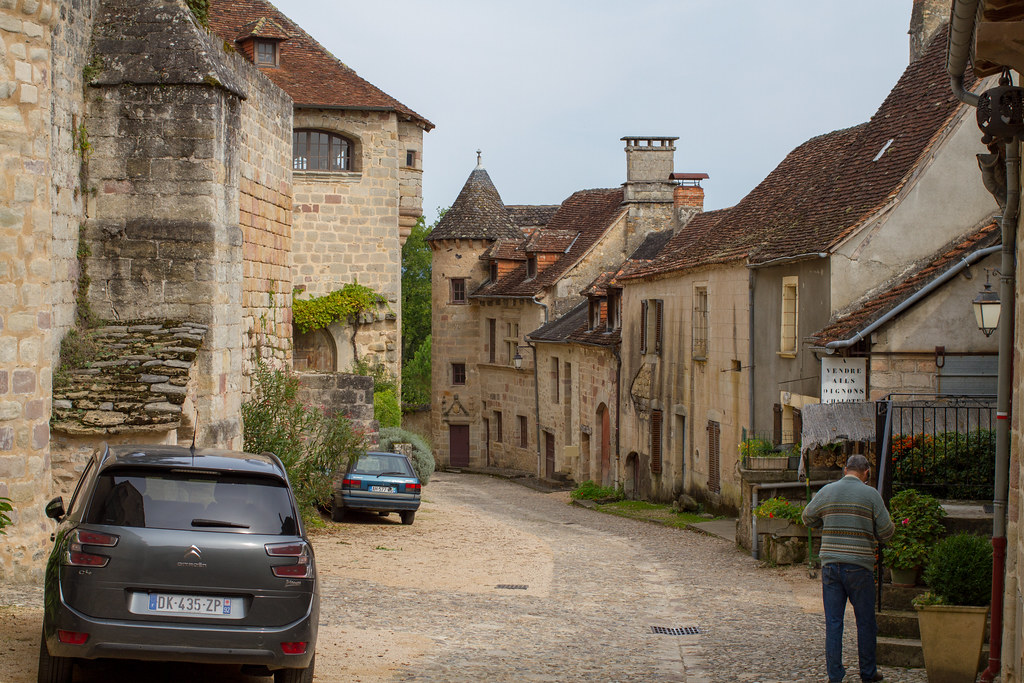 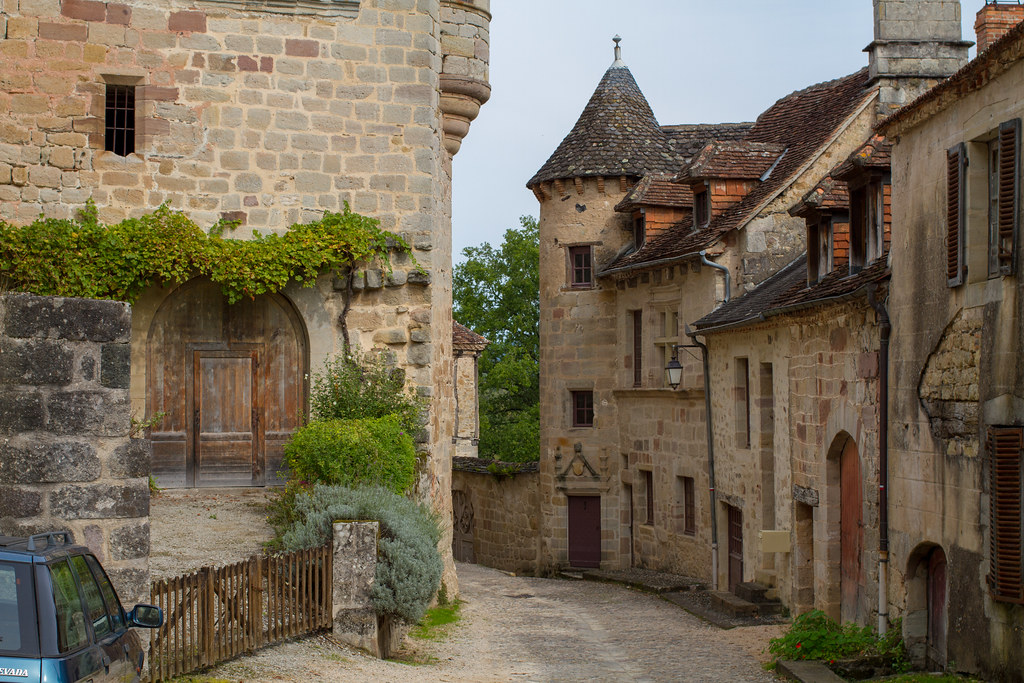 I walked around the side of the chateau to the far side of the village. The free space where I parked when I walked through the village seven years ago has now been turned into a fancy park. You can’t park there now. This stylish park space looked a bit dilapidated back then, but looking at the photos now, it’s not so bad lol. This is 7 years ago. 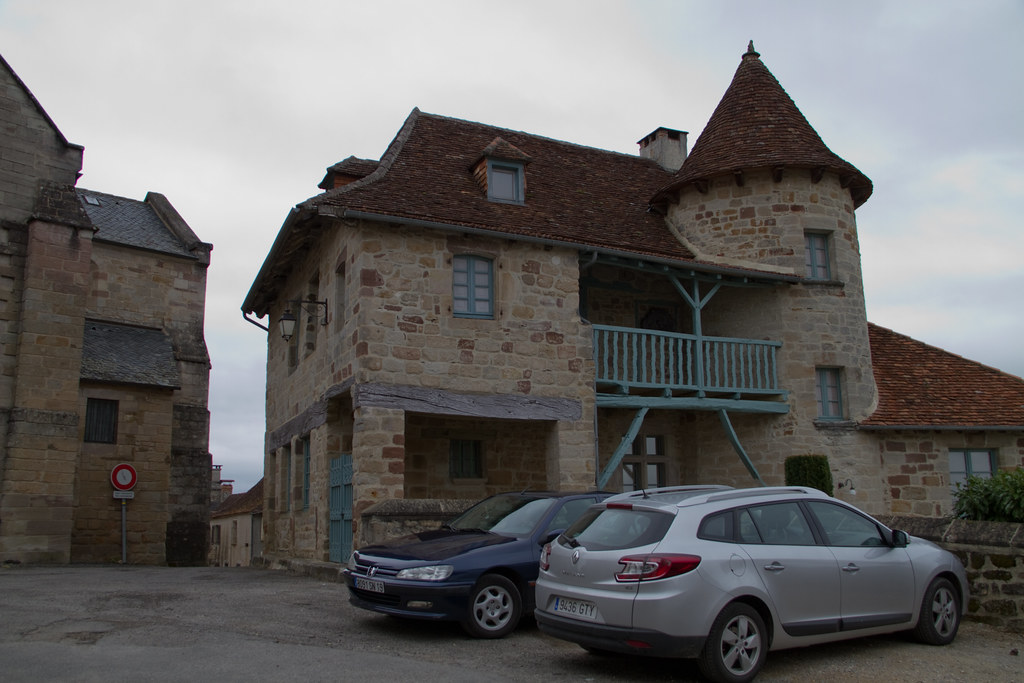 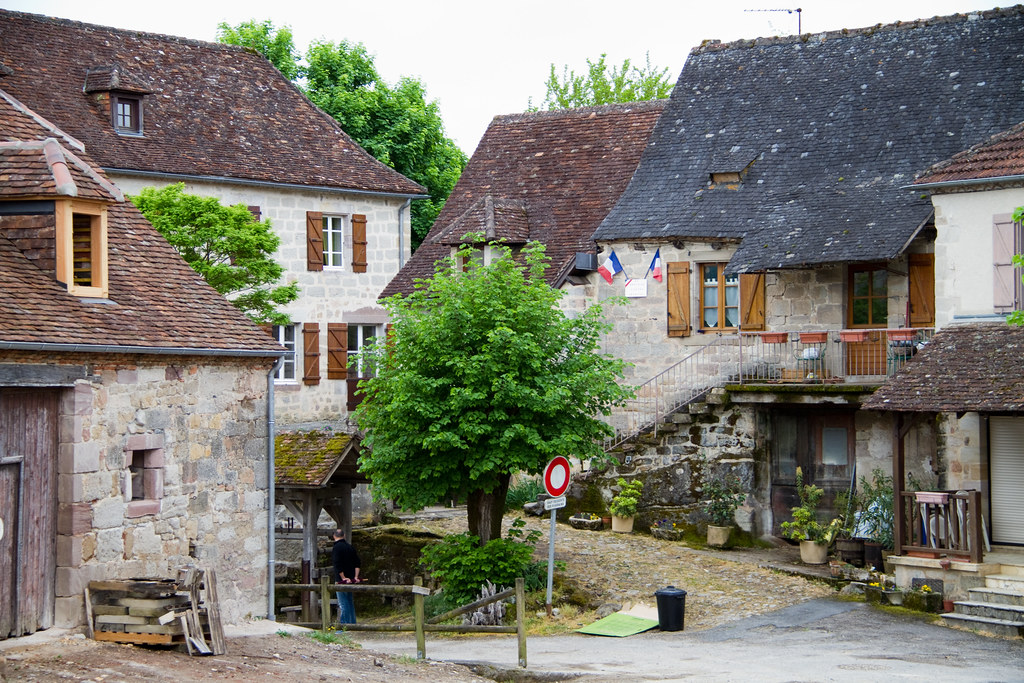 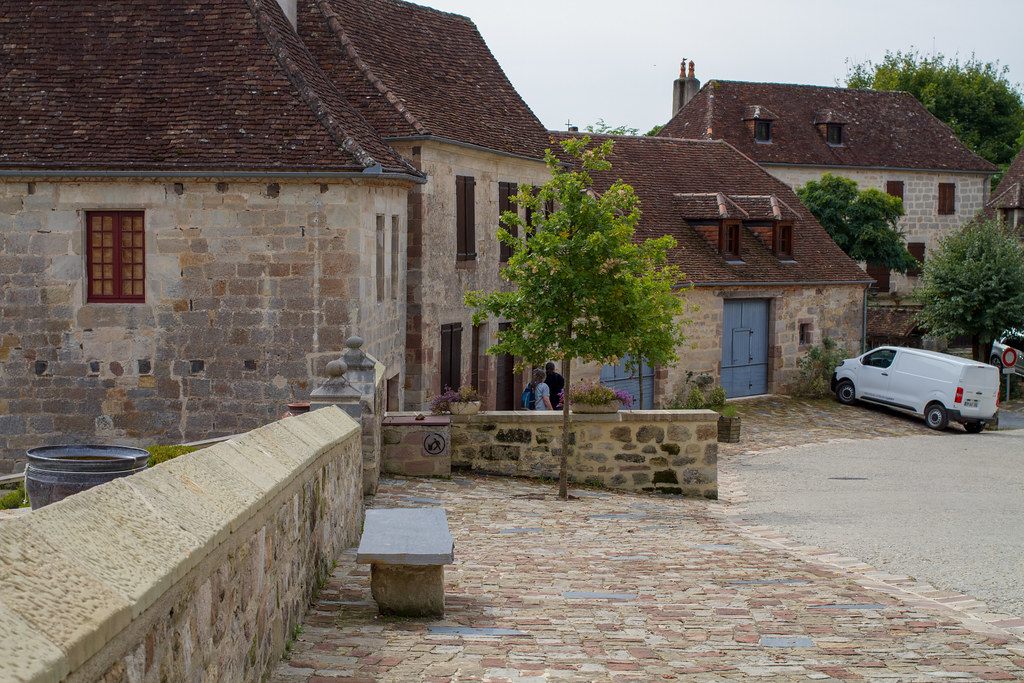 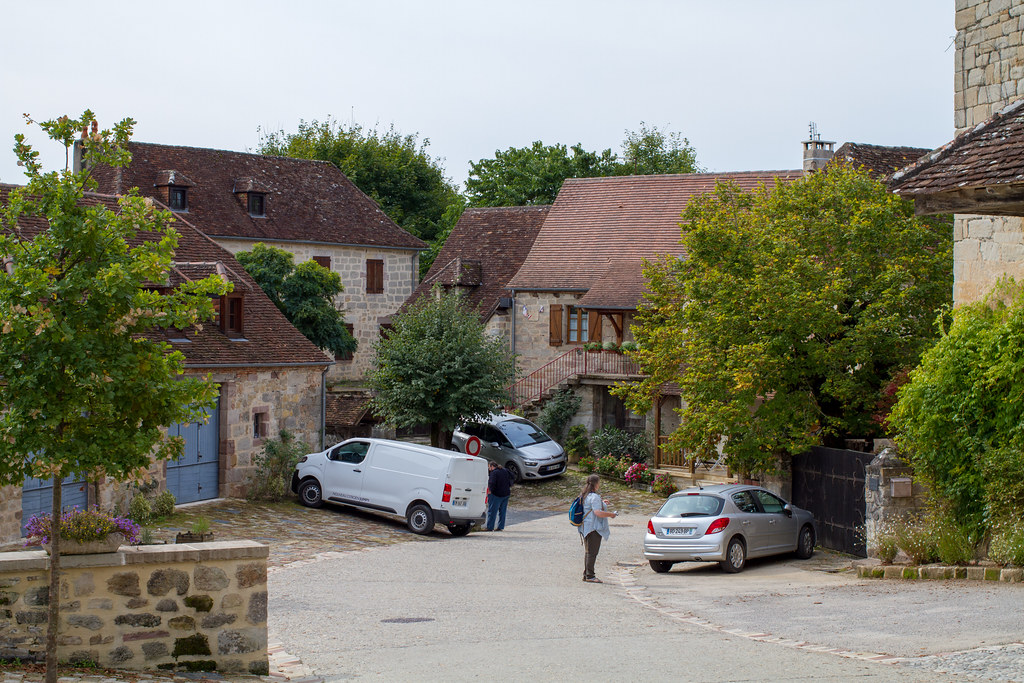 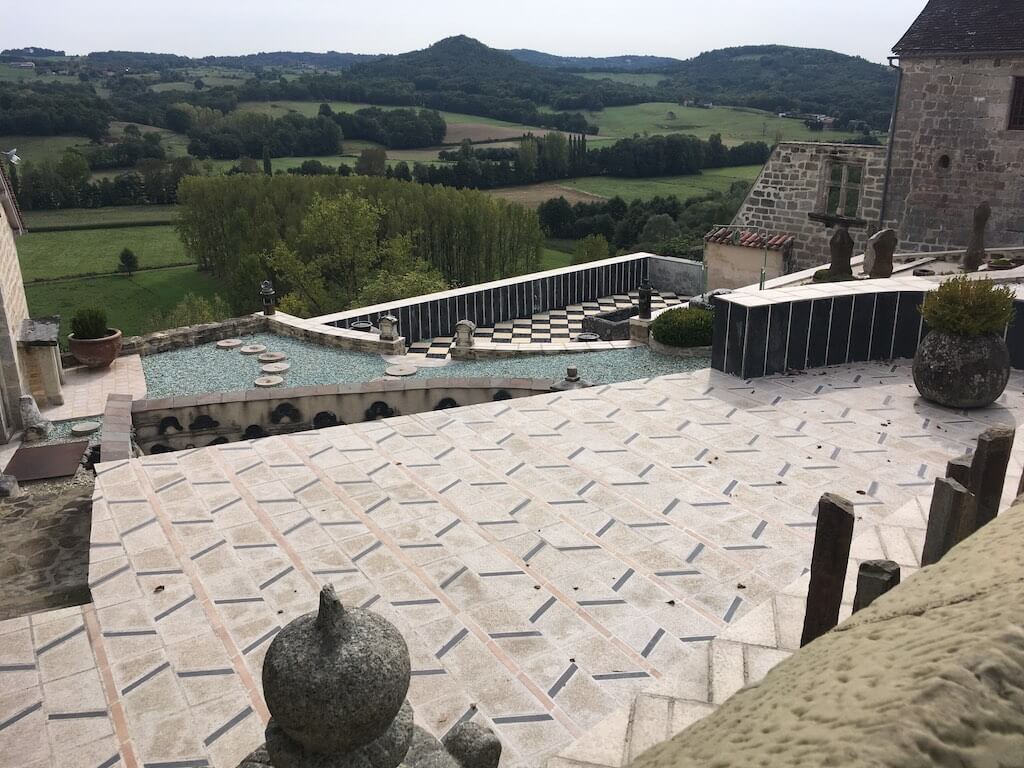 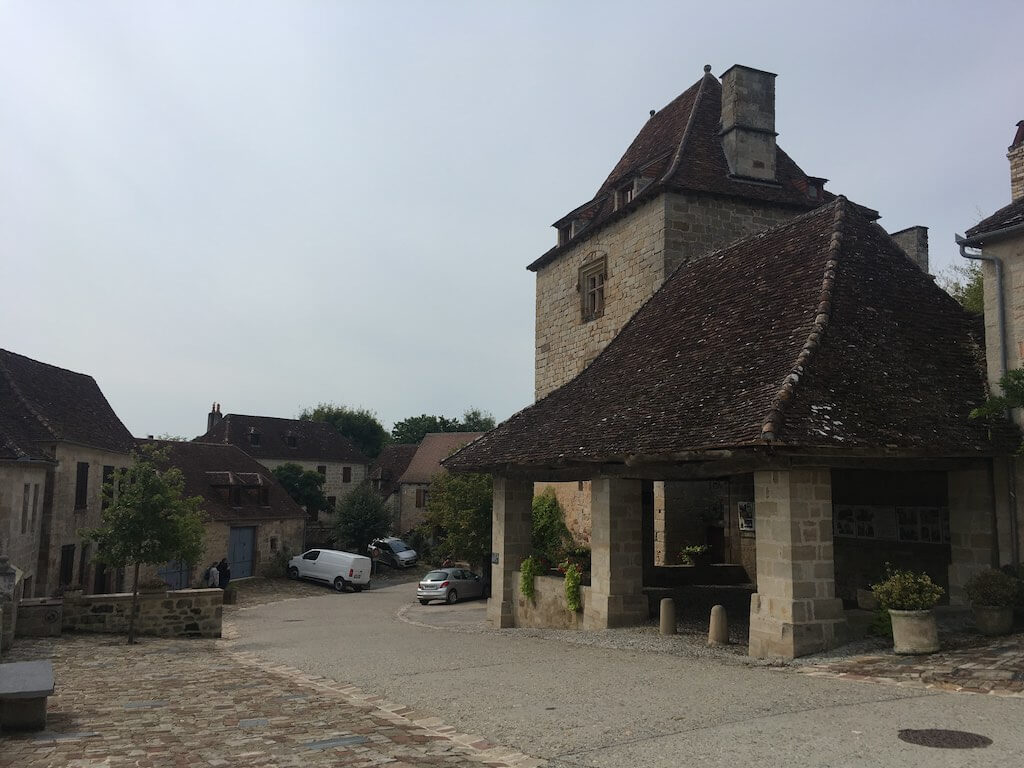 The increase in the number of visitors and the development of the village are examples of the success of the Beautiful Village project.

Finally, we visited a church. 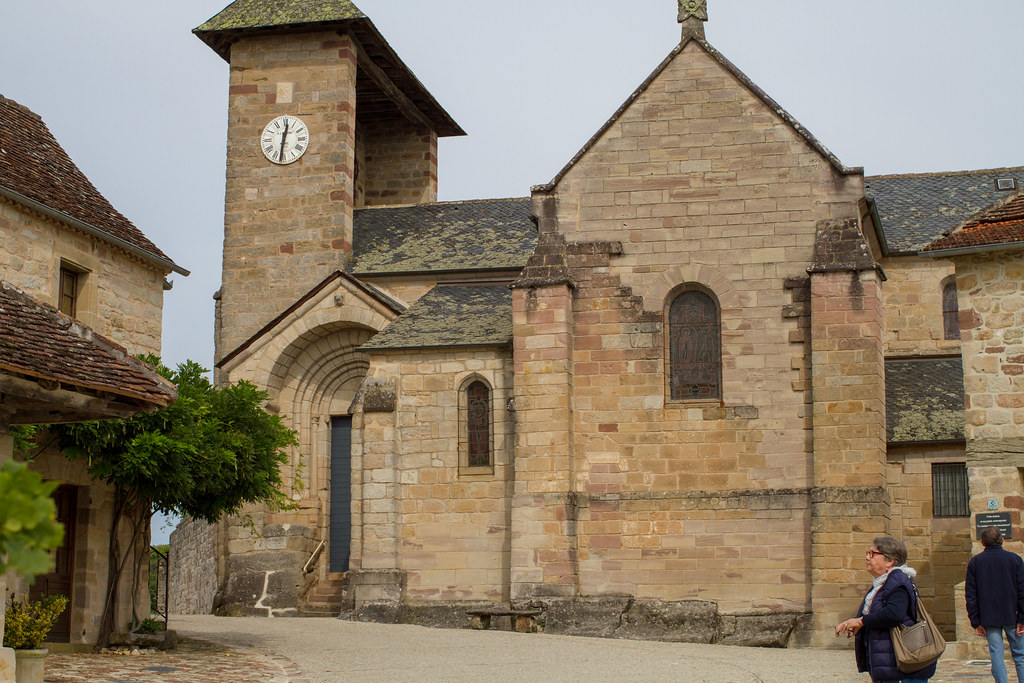 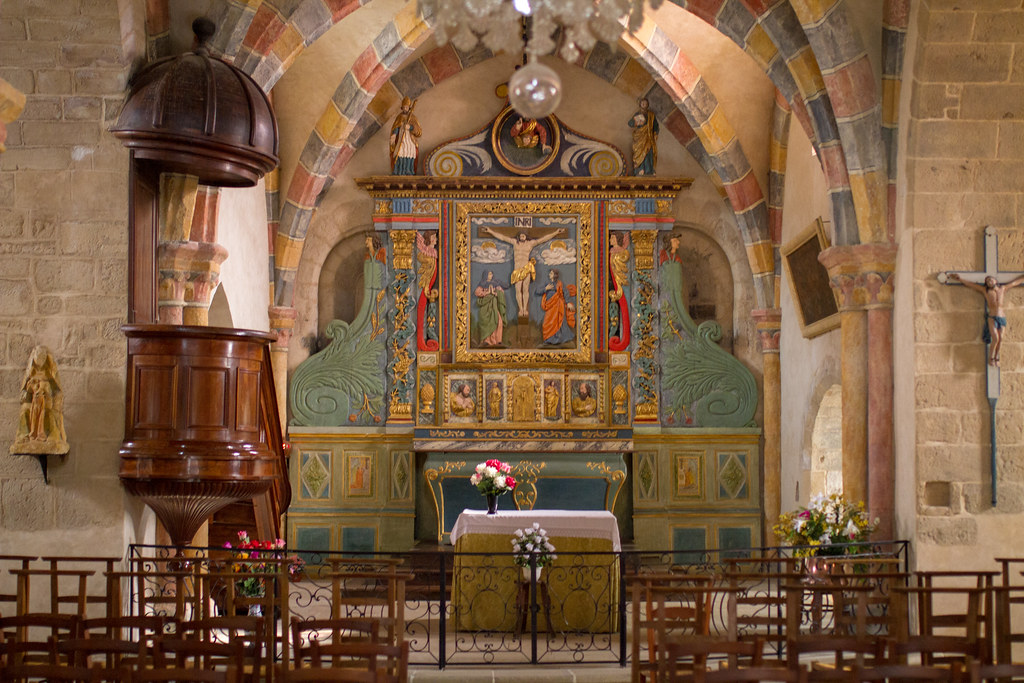 It’s called St. Valentine’s Church (Église St-Barthélemy). I had a notebook, so I visited there after 7 years! I wrote something like this in French. My handwriting is not so good. 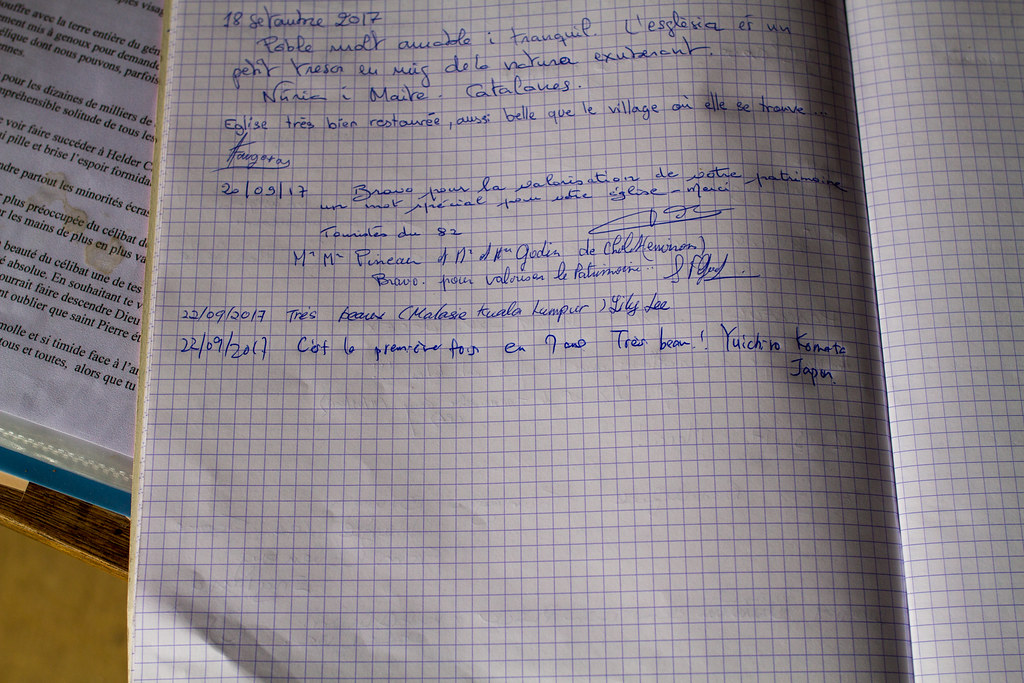 Then we went back to the parking lot and took one last look at the whole village. The inside of the village has been cleaned up, and there are more shops and people, but I think the view from here will always be the same.

Now the time has come to return the car. The last thing I was looking forward to was driving in Paris. This is the place...