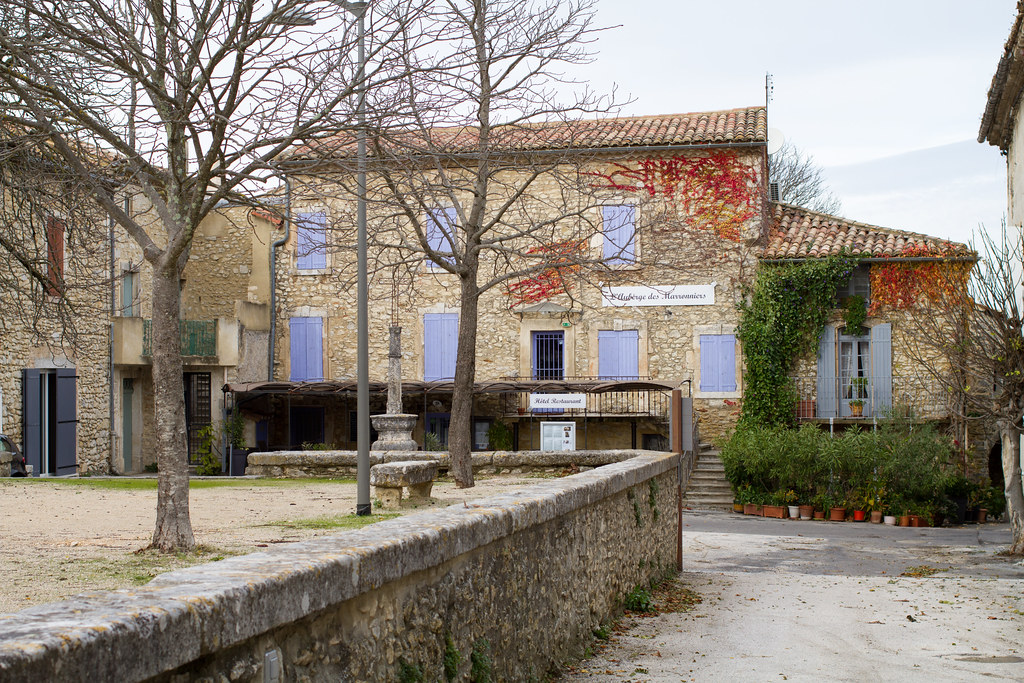 Another new village has been registered in Languedoc-Roussillon, so I’m two months late!

So we have another profile scam going on….

We immediately went on a 3-night, 5-day forced schedule!

If that’s the case, then let’s go! Fortunately, I was able to take the time at the end of the month (although I had a feeling that I was forced to take it), and the Air China ticket was cheaper than I expected (53,000 yen including expenses) and the departure time (19h30 from Narita) was also very good, so I decided to make a bold visit.

As usual, I went straight from the office to Narita, left my clothes at the familiar dry cleaning service “Linet”, and went to the airport.

I arrived at Charles de Gaulle Airport Terminal 1 at 7am, about 20 hours via Shanghai. I immediately moved to Terminal 2 and took TGV for 3 hours to Avignon. It was actually my first time to visit Provence in the south of France by TGV.

We arrived at the Avignon TGV station at noon, where we rented a car and drove to this beautiful village without making any stops.

This is the heart of the Côtes de Rhone, a famous wine-growing region, and you will arrive at your destination, Lussan, after an hour’s drive with beautiful views of the autumn leaves in the vineyards.

It may be off-season, and the parking lot for tourists is only my car. I’m sure I’m the only tourist. 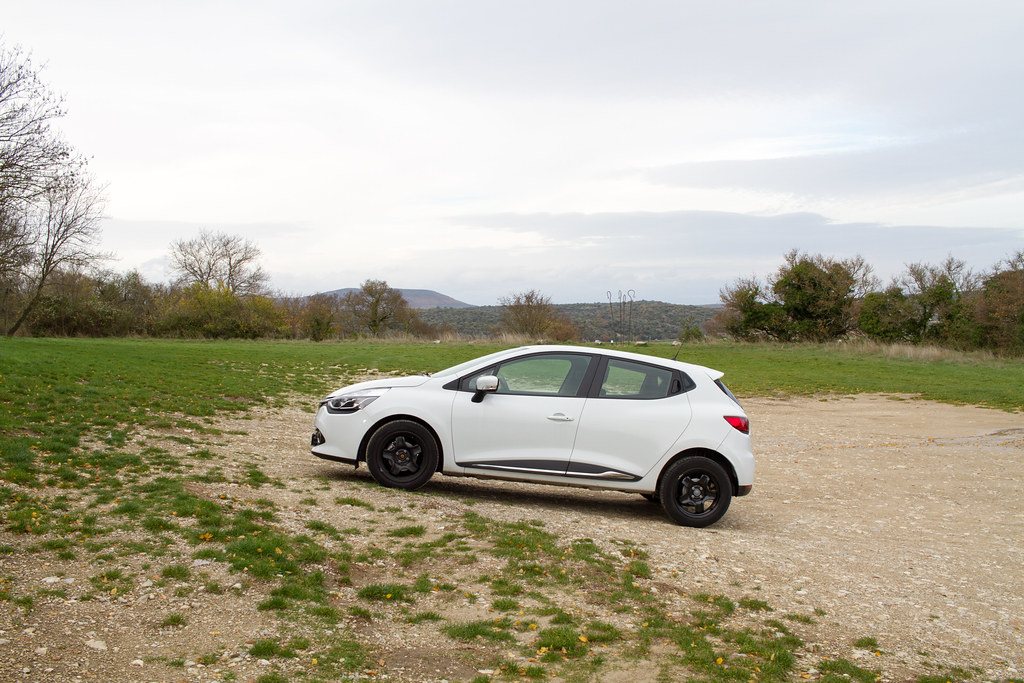 Lusson, a beautiful village in the Côtes de Rhone

We parked our car at the parking lot and started sightseeing immediately. This village is a fortified city on a slightly high hill, but its structure looks different from the bastide style often seen in the Midi-Pyrenees.

The remaining chateau in the village was built around the 16th century and is now the village hall. 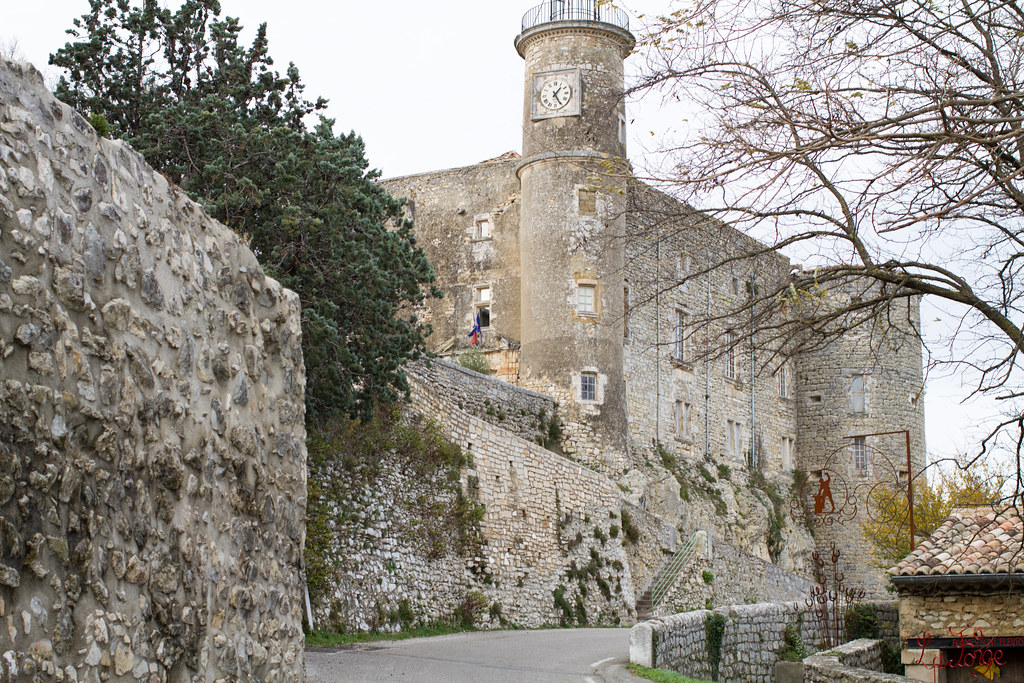 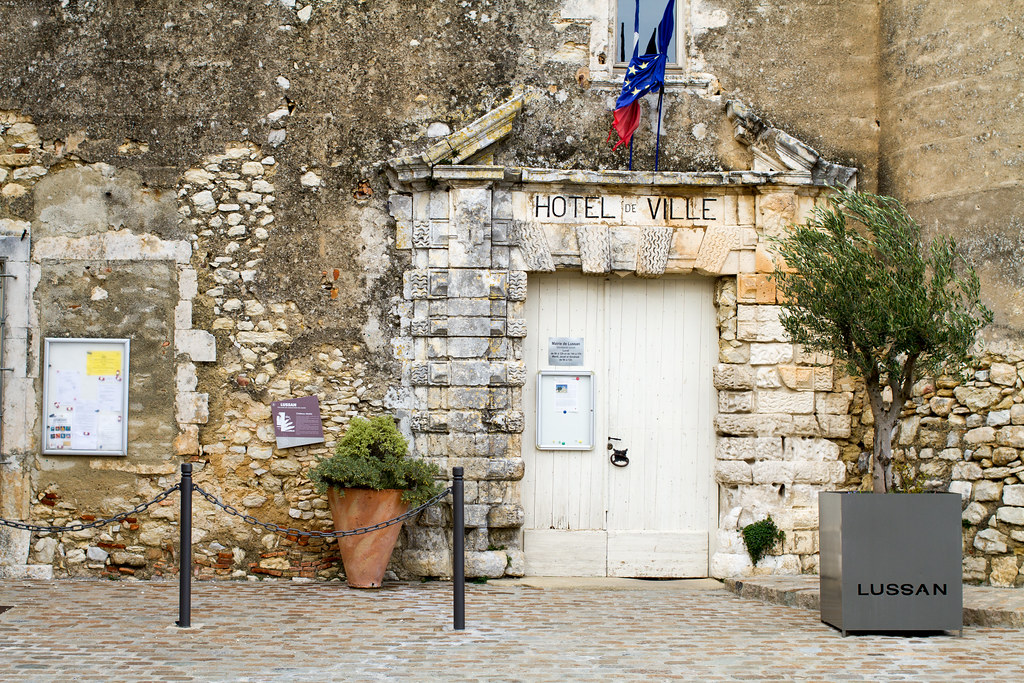 In front of the village hall, there was a news article like this. It seems that five villages were nominated for the award, and Lusson was chosen as the most beautiful village in September. Congratulations! 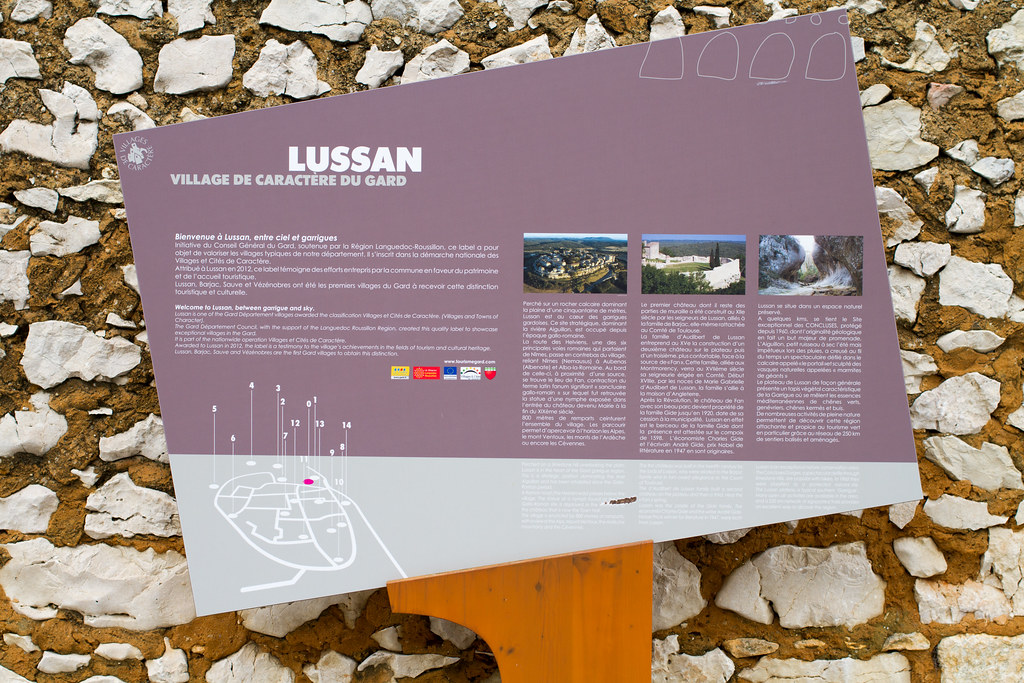 However, there was a tourist information center, but it was closed. 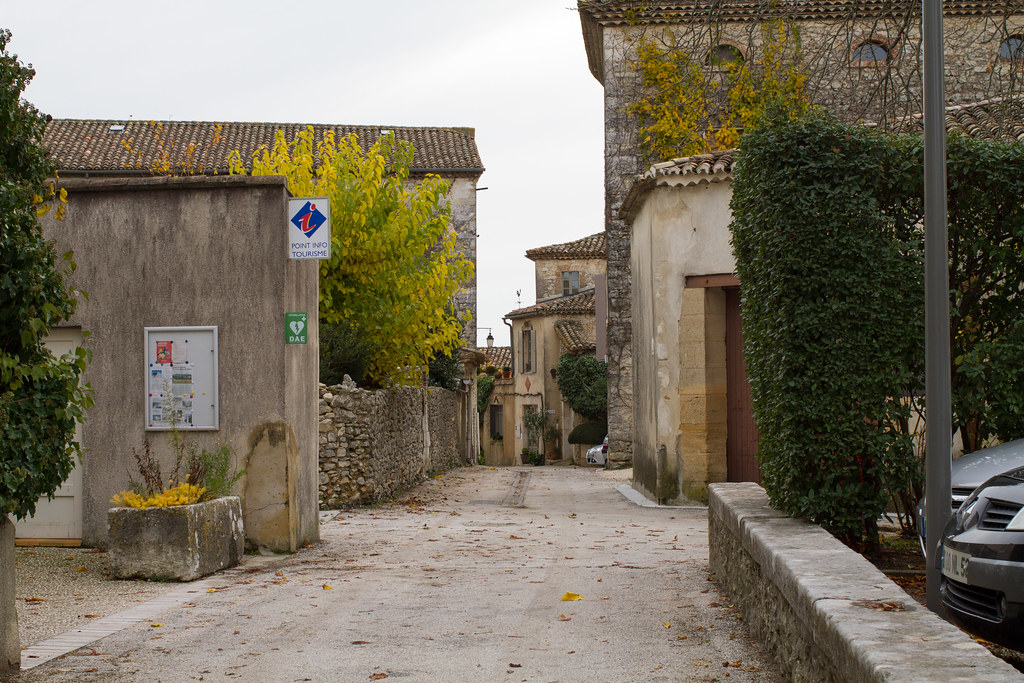 It’s off-season, so I guess it’s not open. By the way, I visited the village in May, which was newly registered two years ago, and the tourist information center was open, probably because it was the season. Let’s hope for the season on. (I probably won’t go there, but lol)

I couldn’t take very good pictures, but I still think this square in the center of the village had the best and calmest atmosphere. Children were playing here and talking to us. 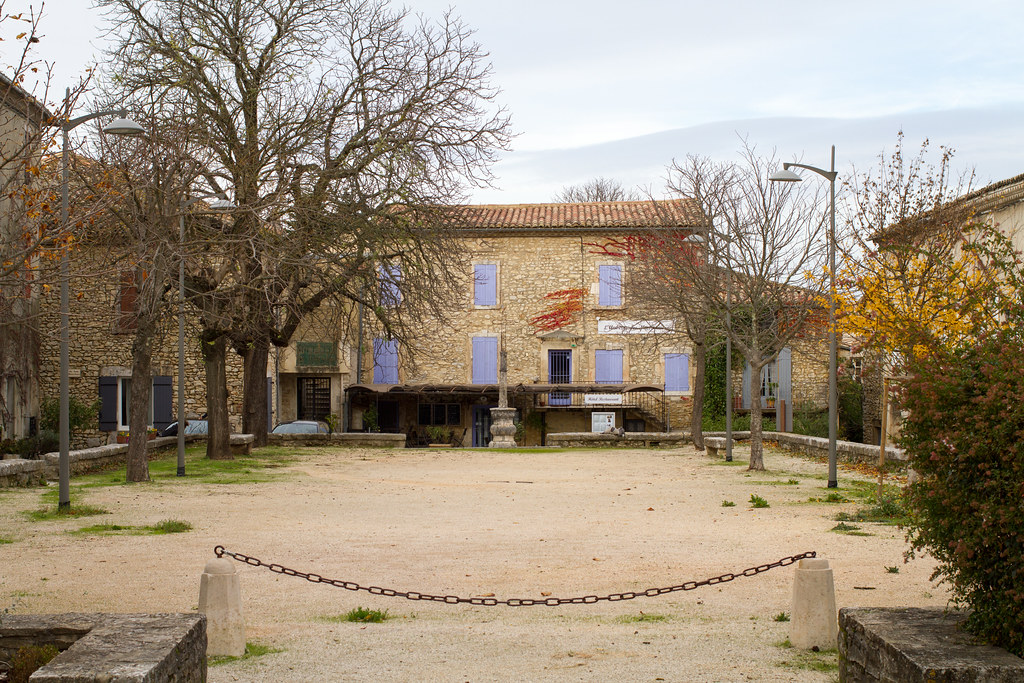 There is also a church, but we were not allowed to go inside when we visited.

And the best feature of this village is that it is surrounded by a magnificent limestone wall. It is located on a slightly elevated plateau, so the autumn scenery of the Côtes de Rhone from there was very beautiful. 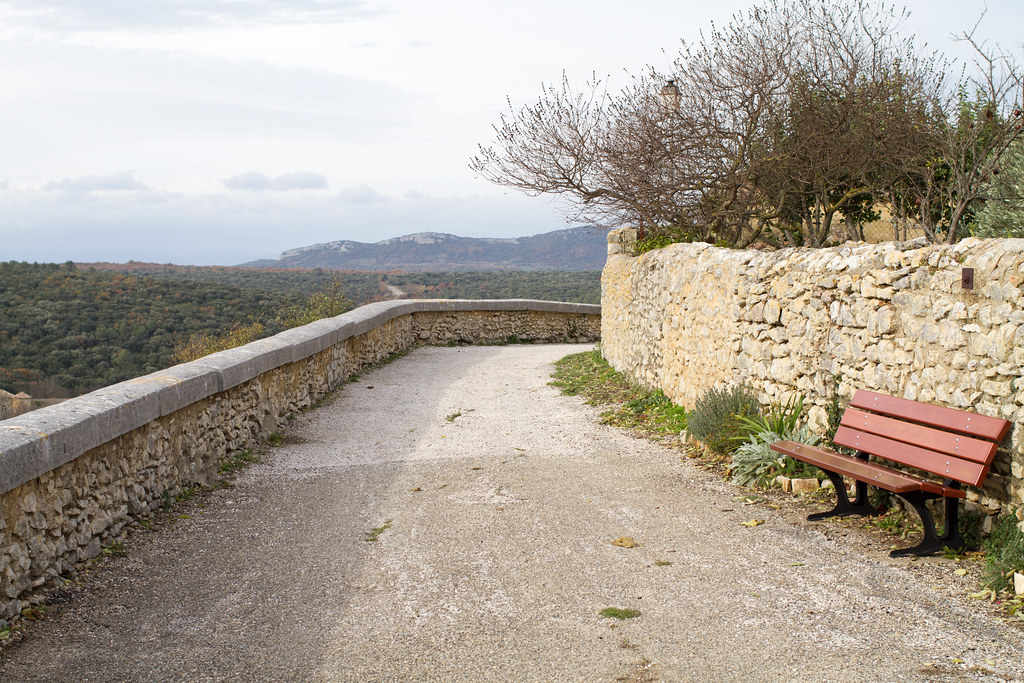 The plaza and park along the castle wall were very comfortable. It’s cold in this season, but it would be very nice to take a walk in spring or autumn when it’s cooler. 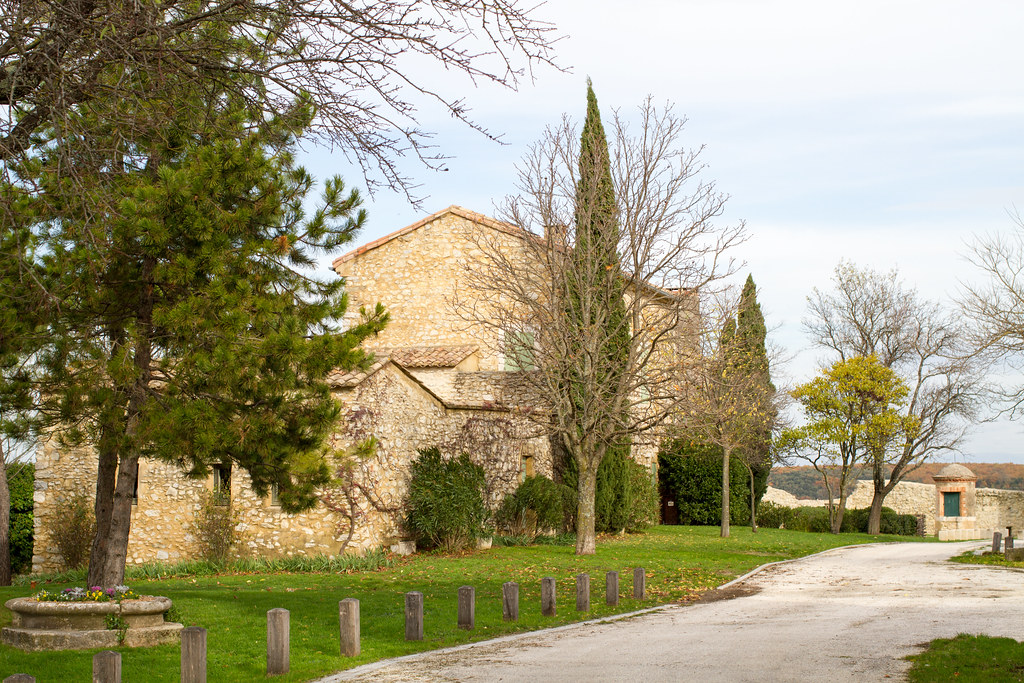 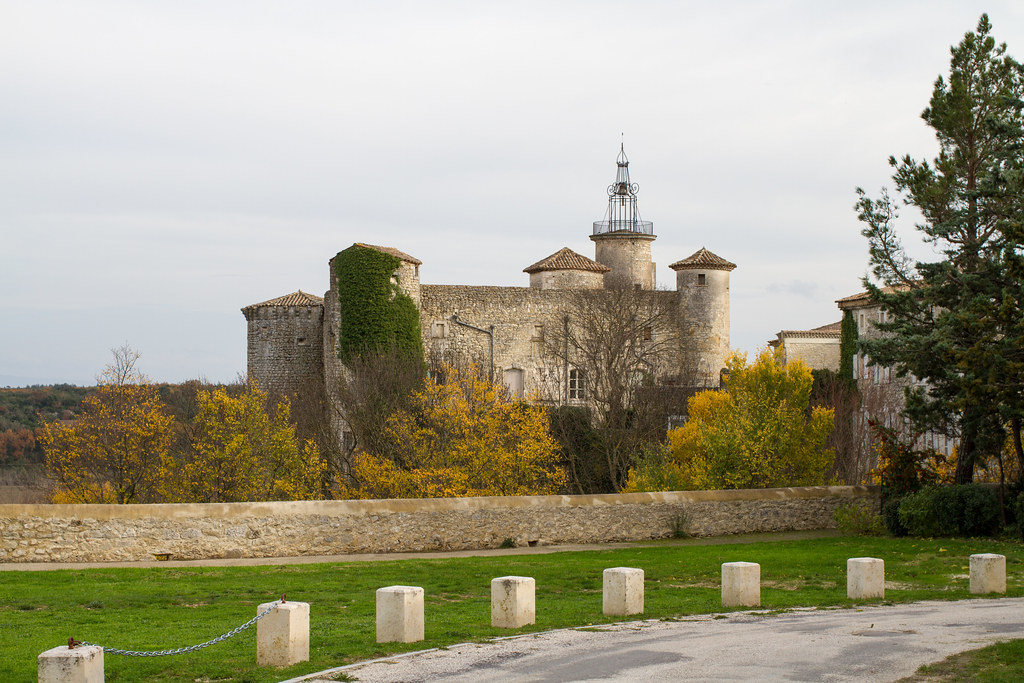 As usual, our stay lasted less than an hour. 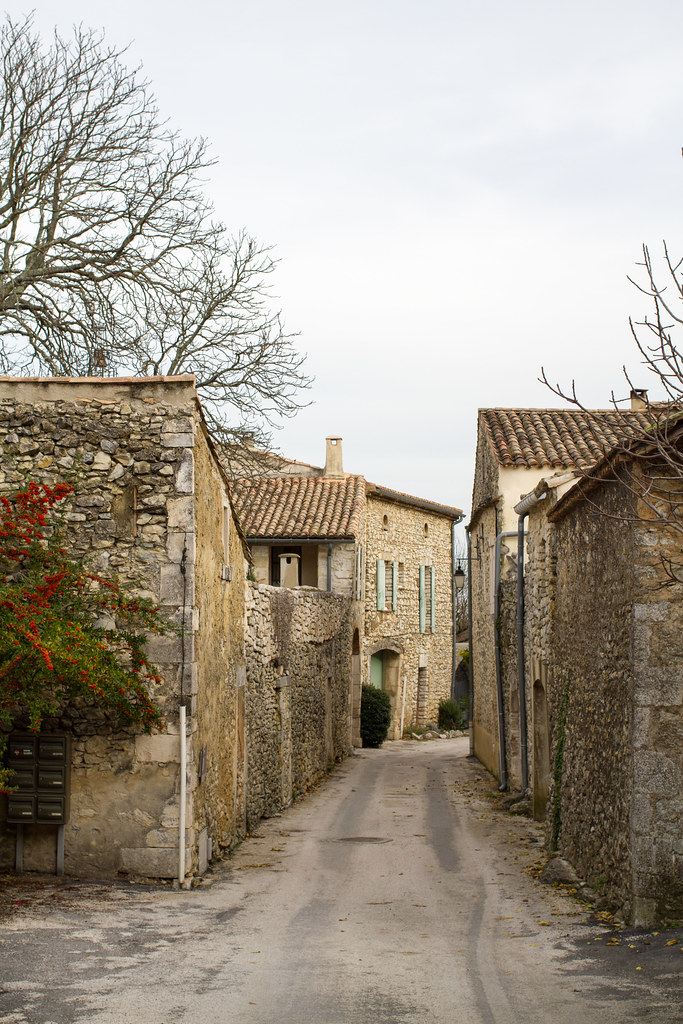 Since I've been out of travel-related posts for a while now, I'm going to try to introduce you to some of the events I f...

Date of visit: May 5 and 6, 2012 (overnight)Le Puy-en-Velay, the town where we stayed during the tour of beautiful villa...

Date of visit: April 18, 2011, around 3:00 p.m.This is the third village of the day, not far from Le Bec-Hellouin, but w...
Duolingo’s artificially intelligent French chat is quite interesting
November 2016 France Short Trip Diary 1: Avignon Avignon, papal palace and restaurants
Home
The most beautiful villages of France
Most beautiful village Tour of France
Copied title and URL