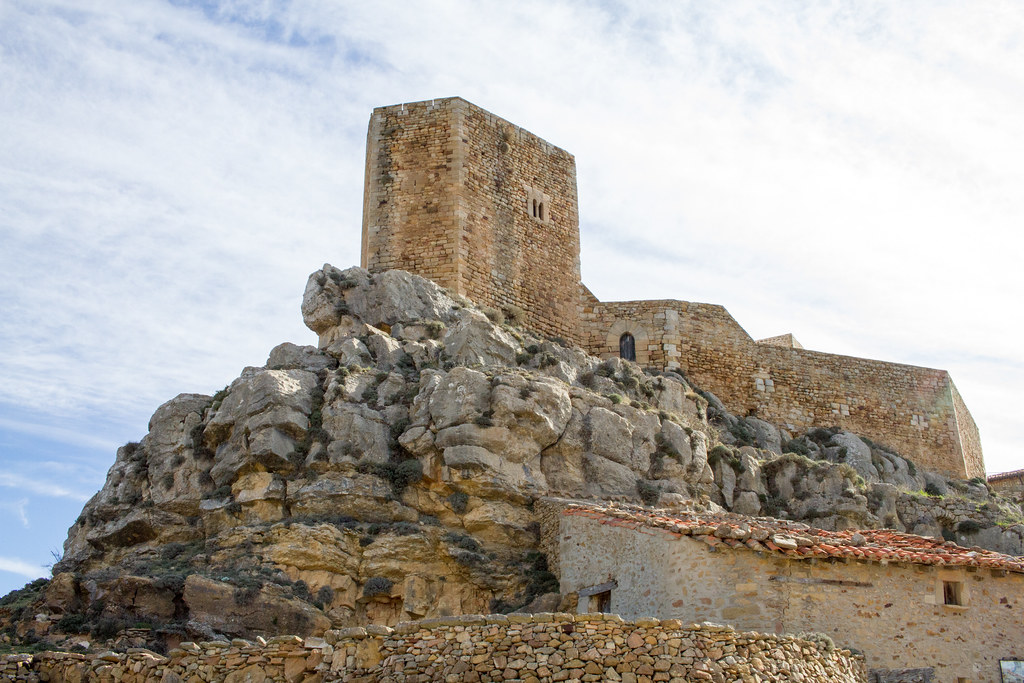 Go to the area where beautiful villages are concentrated

It’s the third day since we arrived in Spain. This day is the day of all beautiful village tour.

This is because from the north of Valencia to the northeast, the most beautiful villages of Spain continue.

Basically, the reason why there were several fortified cities in this area is also because many strongholds of conflicts with Islamic forces were built in the 12th century. All of the villages seem to have been built around the 12th century, when there are clear historical records.

Well, we left the extremely cold Teruel, where we stayed the night before, a little after 8 am. I drove for about 30 minutes in the direction of Valencia on the highway called “Mudéjar Highway” as yesterday, got off the highway, passed through Rubieros de Mora, and arrived at Puerto Mingalvo in about another hour from there.

On the way, I was very impressed to see a number of these lovely villages, although they were not listed as beautiful. Below is one of the pictures we stopped and took on the way. 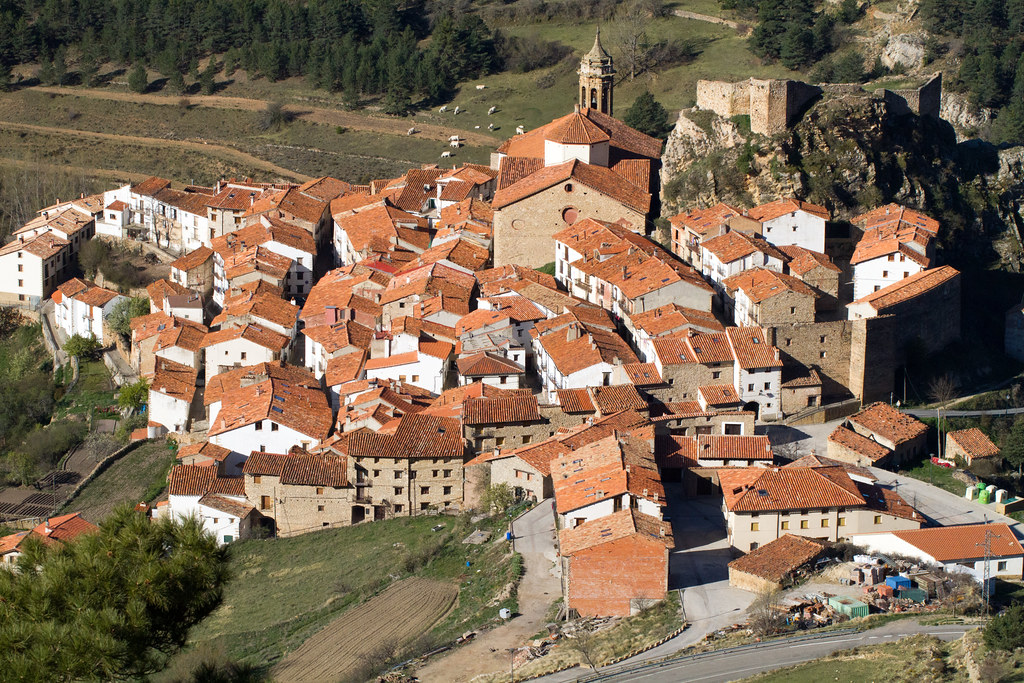 When I entered the village, I followed the instructions of the P mark (the parking lot for tourists is here), proceeded to the car, and parked it in a place like a large vacant lot for nothing. I seem to be the only tourist. There was not even one car parked. It may be that it is still before 10 o’clock in the morning, but there is no one really lol. 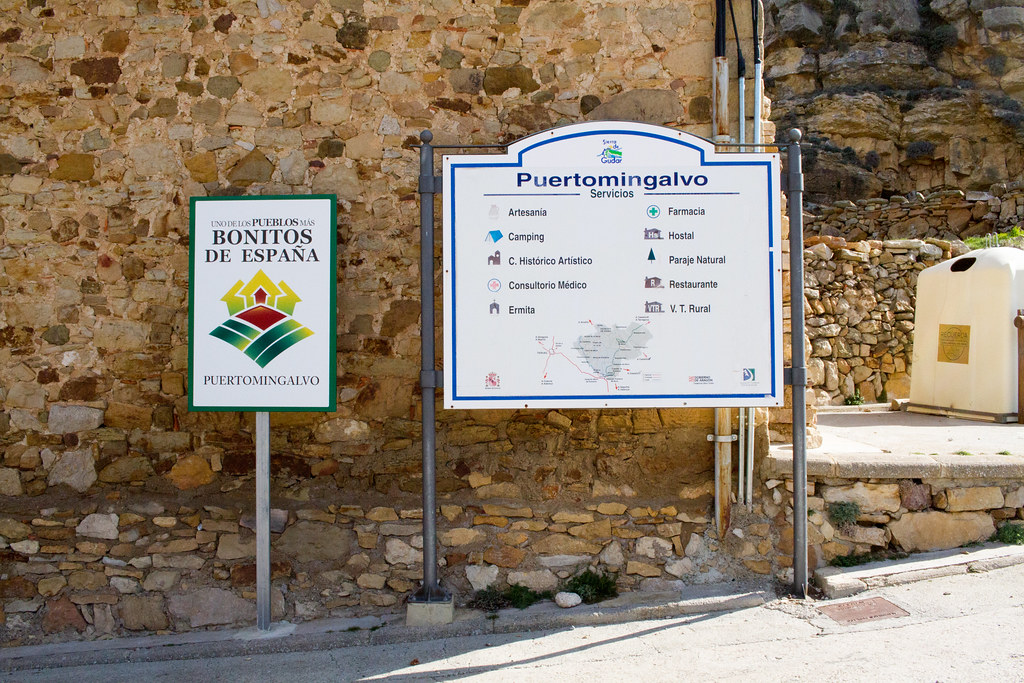 And after parking, I immediately went for a walk in the village. Because there is no information at all, only this map that was near the entrance of the village is a convenience. But it’s not enough to say information. 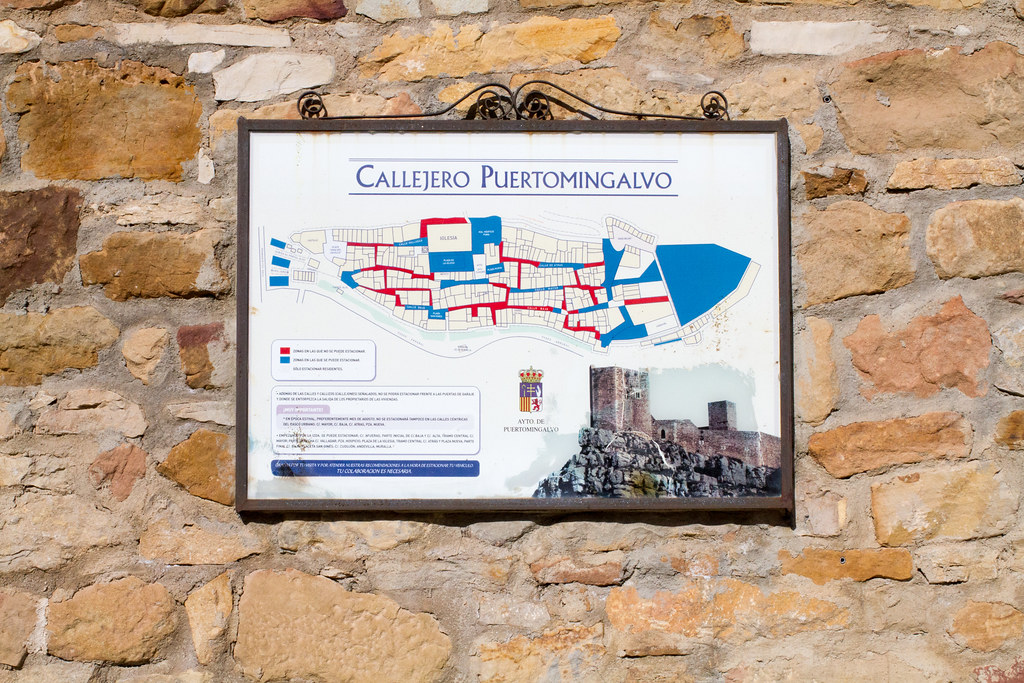 There were no tourists at all. I even saw local residents from time to time. 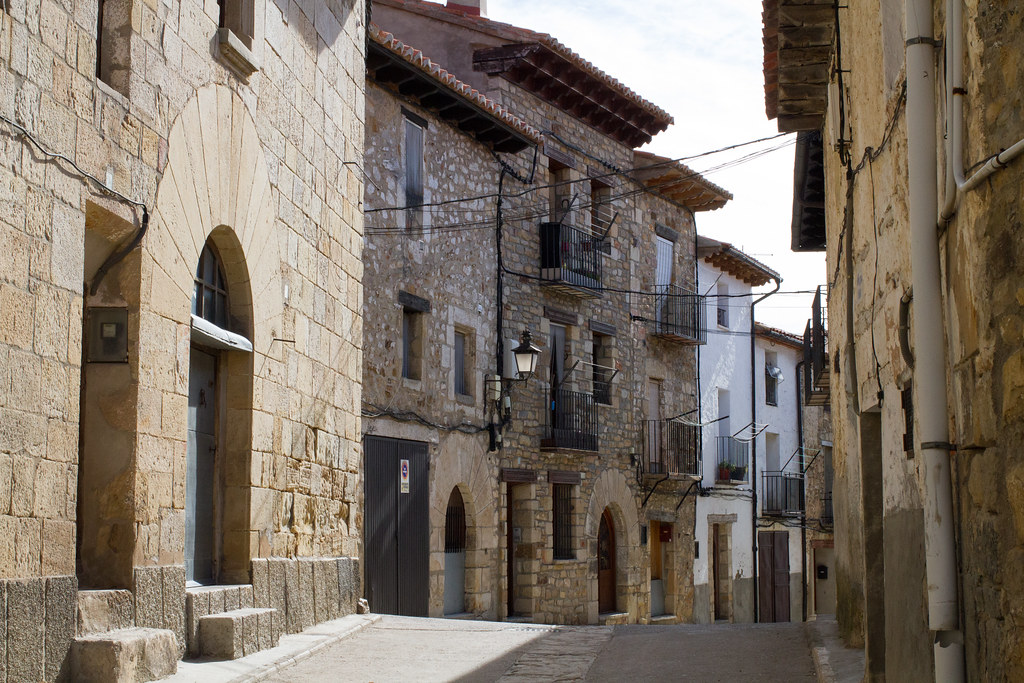 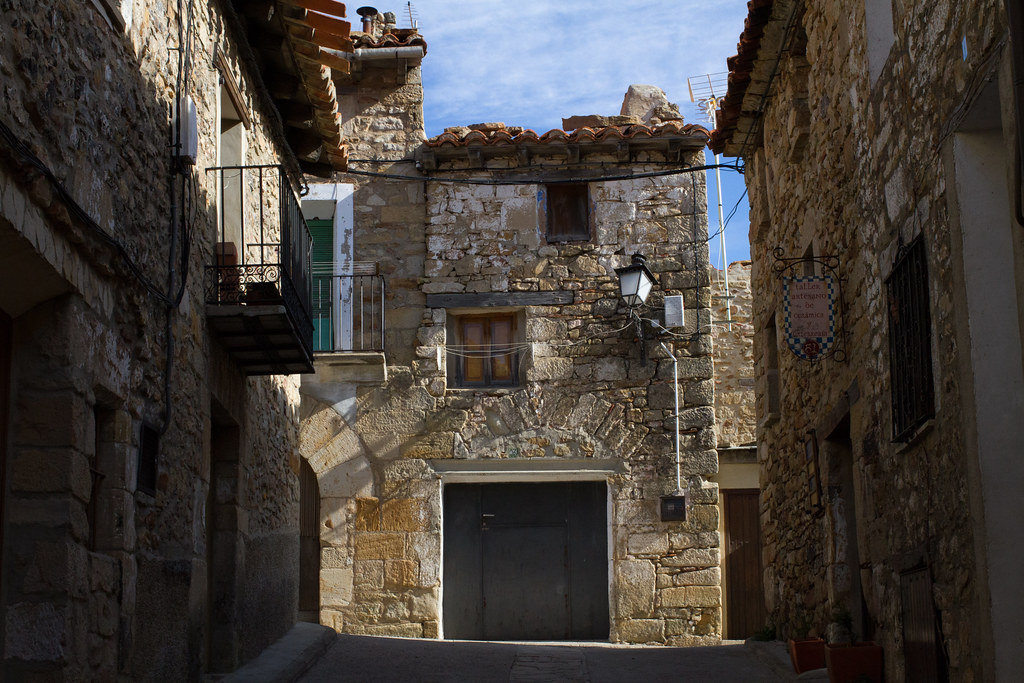 There were some places in the town where explanations were given about how the house was built in the old days. I can’t read it in Spanish at all… 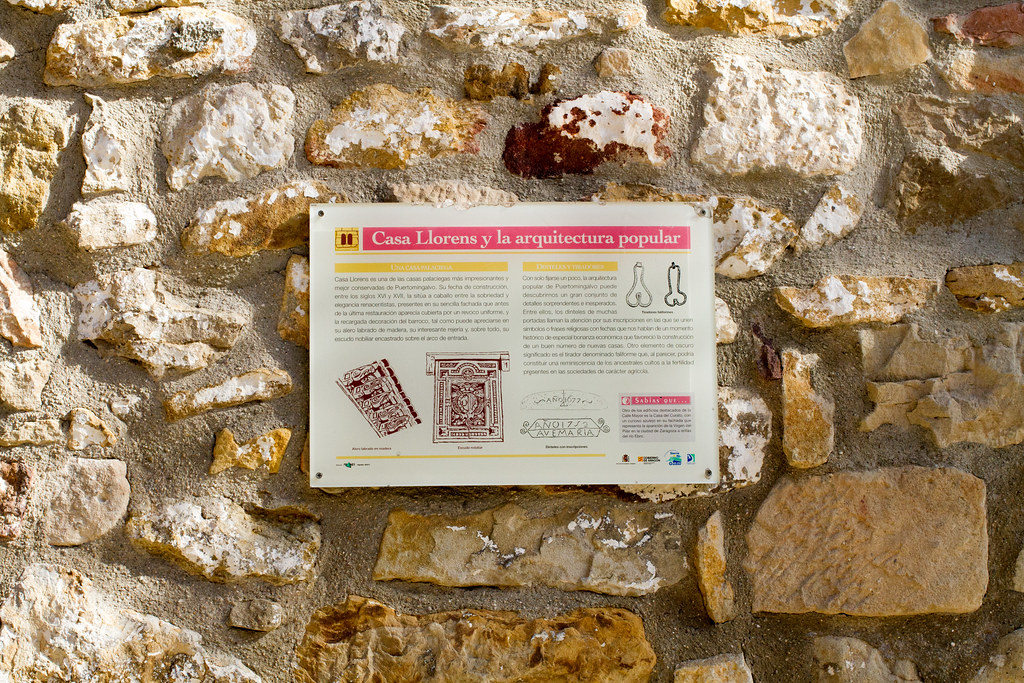 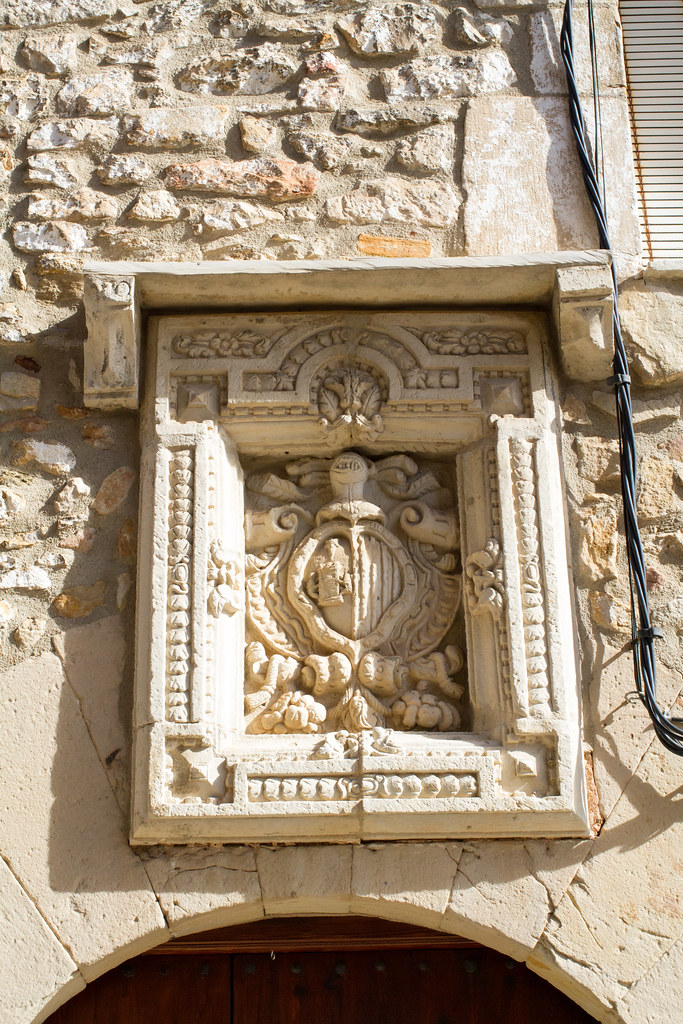 At one point, there was an info for tourists in the village, but it seemed to open around 11:00. However, I don’t know if it really opens at 11 o’clock at all. I have a full schedule today, so I can’t spend more than an hour here.

There is of course an association in town, but we were not allowed to go inside. I would experience some of them after this, but apparently there were relatively many of the most beautiful villages in Spain where you couldn’t visit the inside of the church. 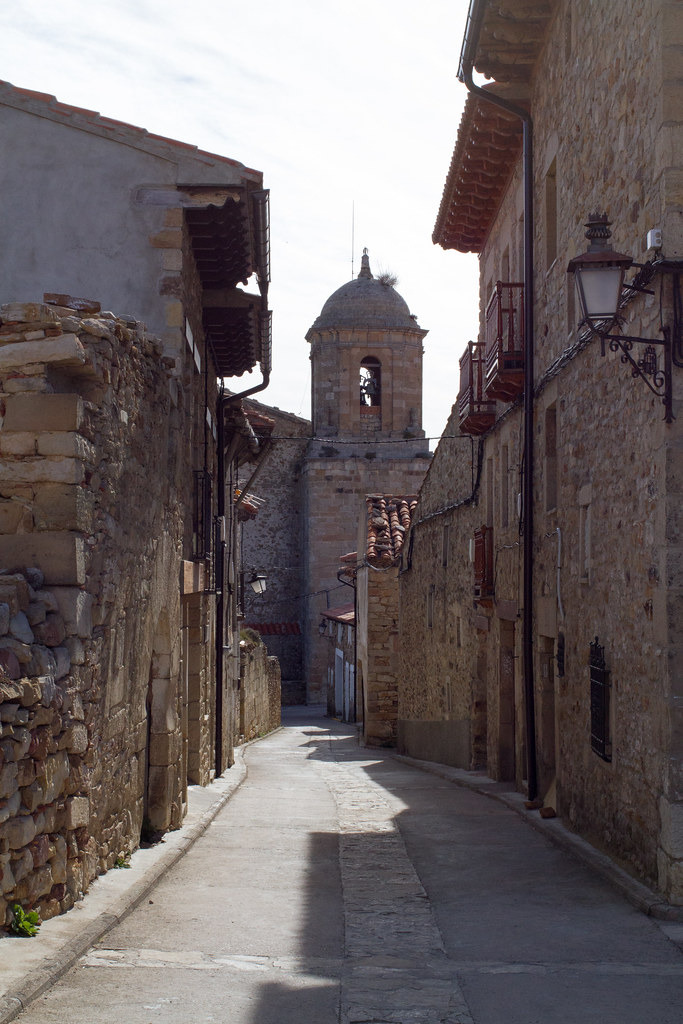 There is a plaque describing the church…. 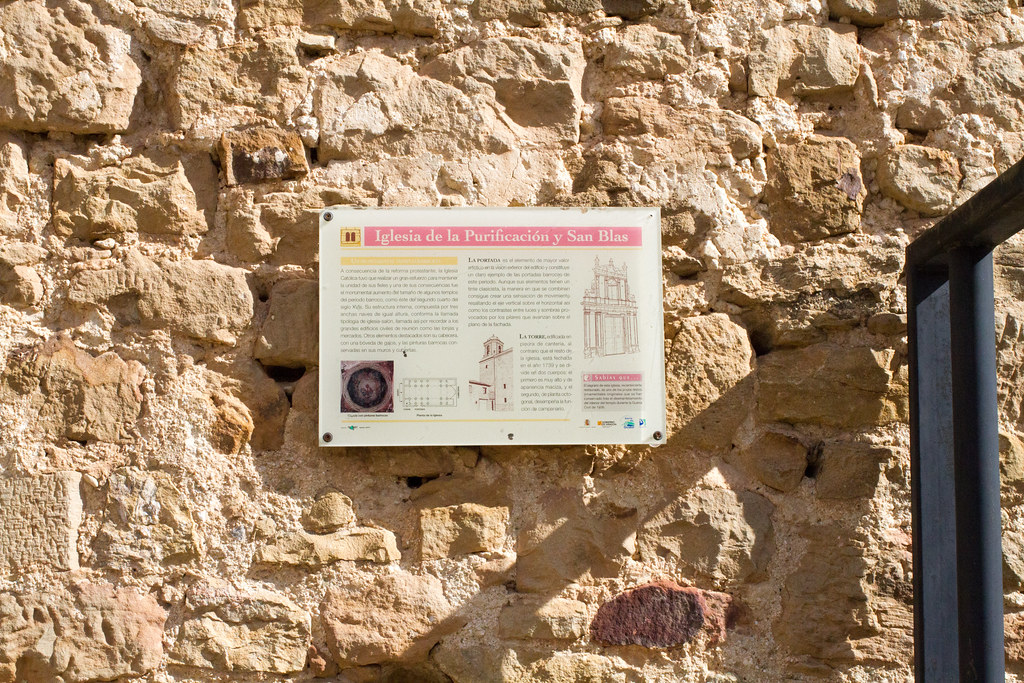 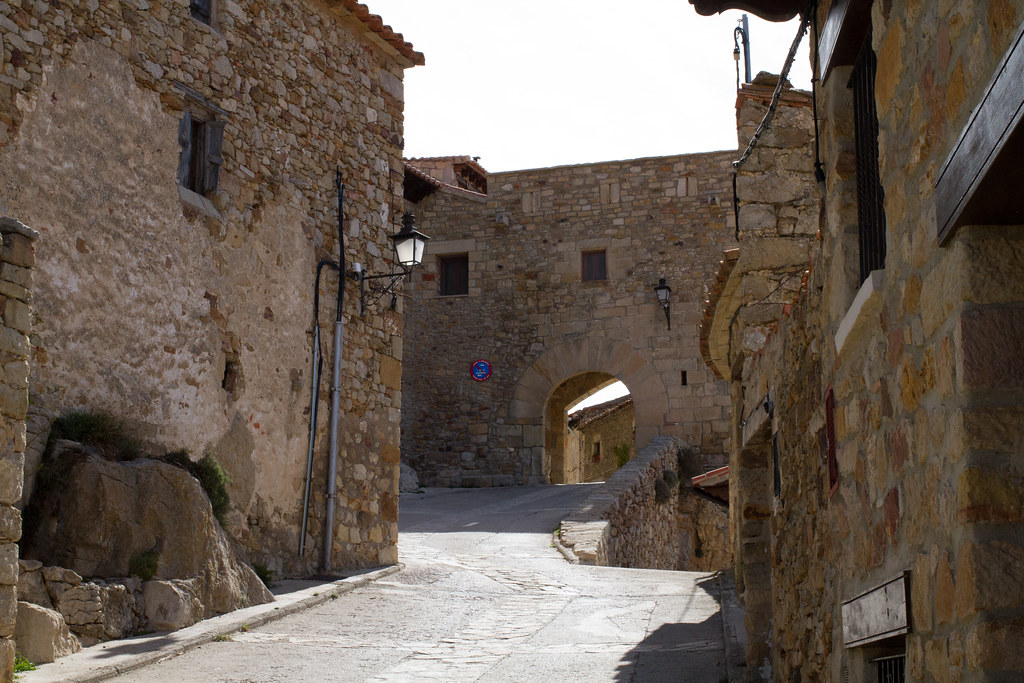 It took us less than an hour to visit the village, if we estimate slowly. I didn’t know how much there is to see, but it’s been only 3 years since the association of Spain’s most beautiful villages was established, so I guess it’s still in its infancy to be used for tourism. However, this is the scene sometimes seen in the most beautiful villages in France.

By the way, it was quite chilly even though we visited early in the morning, but actually the altitude is 1,450m in this area. The inland area around Teruel in Spain has a higher altitude than you think, and it gets cold especially in the morning and evening even in late April, so be careful.

I missed a great photo op!

By the way, once again, I was doing a lot of research to determine the composition of this post, and I found the following spots where I could take pictures. Oh my god!

If I say that I didn’t notice it because I was visiting from the back side of the village, that’s all I have to say, but as I was walking to the spot, I don’t know why I didn’t notice it. It’s a shame because I probably won’t have a chance to visit there again… I have to use my imagination more when I go sightseeing.

訪問日時：2013年5月15日午後8時頃（1泊）Our last destination on May 15th was the beautiful village of Le Poet-Laval. We came from Gassan...

No.9 Innsbruck:2008 Czech,Austria and Germany

Date and Time of Visit: July 15, 2017, approximately 6:00 p.m.Although I was very excited on the first day of driving, I...
2016 GW Spain Trip No.6: World Heritage Tour No.2 “Teruel” Mudejar style architecture in Aragon
Cantavieja – Tour of Spain’s most beautiful villages No.4 – ★★☆☆☆
Home
Spain Basque journey 2016 GW
Copied title and URL