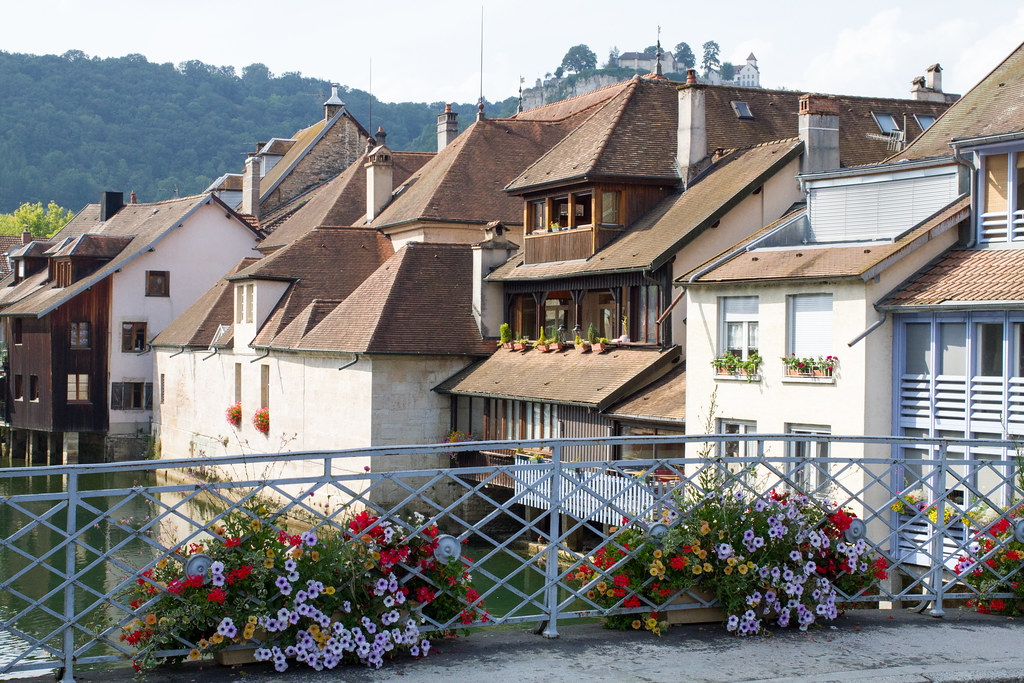 Visit the hometown of the painter Courbet

Our travelogue of the Franche-Comté region continues. This time I’d like to share with you the story of my visit to Ornans, a small town in the Jura province.

This road between Lausanne and Besançon is also known as the Courbet Road. (A view of the Courbet road in Ornans) 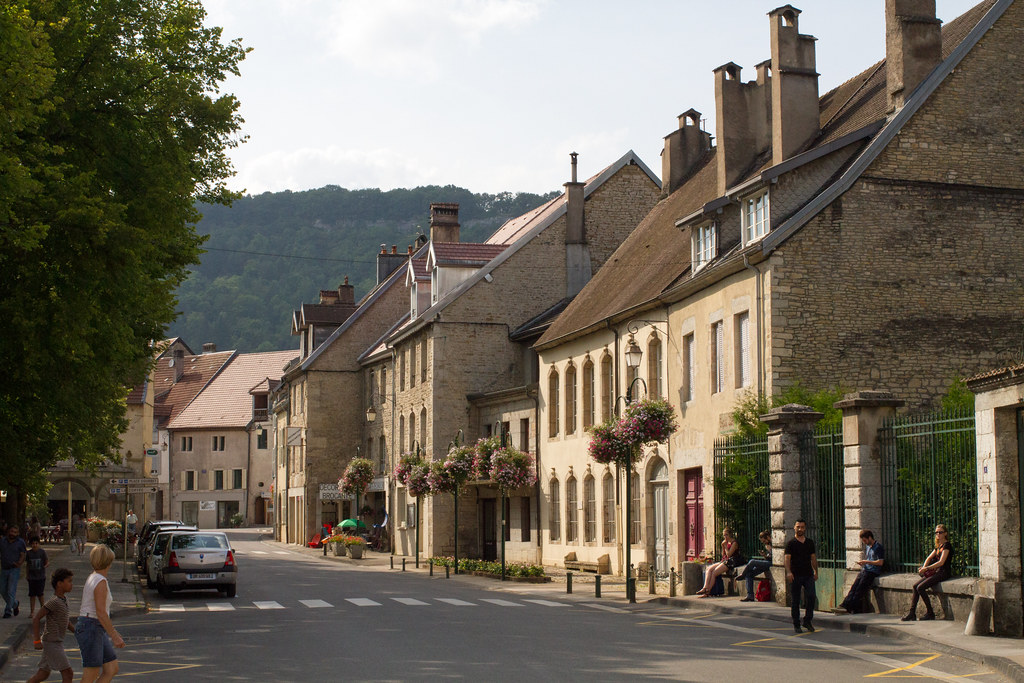 When I was on a tour of beautiful villages, I passed this town of Ornans on my way to Besançon, where I stayed after seeing the road I mentioned above. However, I couldn’t stop by due to time constraint and had to pass by it.

Events related to the Courbet Museum and the Normandy Impressionists exhibition are also held here.

This time, when we were researching for our gourmet tour project, we found a Michelin 2-star auberge in Jura, so we decided to revisit Ornans as part of our tour of Jura, including a stay here.

However, yet another new motivation to visit occurred during this trip. It was born when I was touring the Impressionist Festival in Normandy in the first half of this trip.

And what’s more, a special exhibition is being held at the Courbet Museum (his birthplace) in his hometown of Ornans.

Courbet was born in Ornans in 1819, the son of a wealthy landowner. At the age of 21, his father encouraged him to go to the Sorbonne in Paris to become a lawyer, but he himself went against his father’s wishes to become a painter.

Incidentally, his birthplace is now the Courbet Museum. While using the house at that time, it seems that the building was expanded in 2011 to become what it is now. 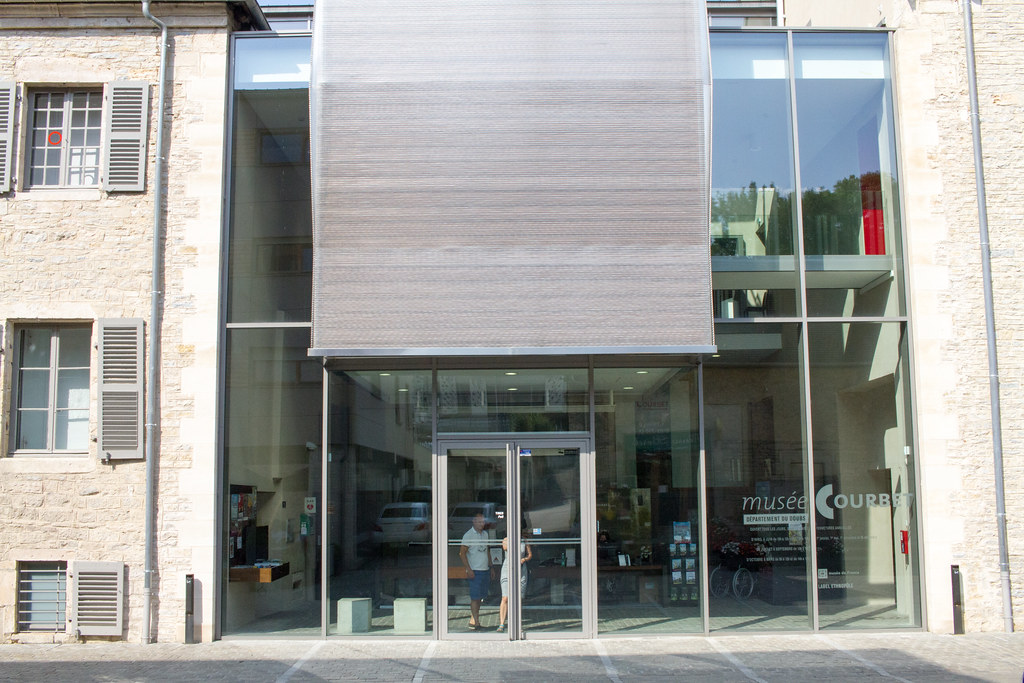 A view of the museum promenade. 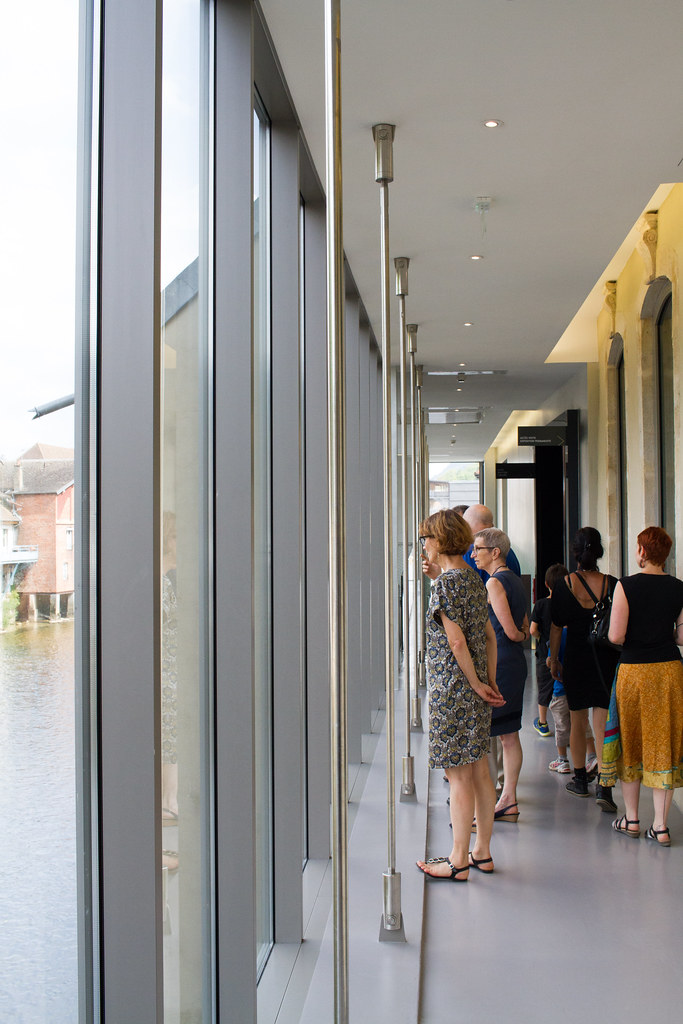 As mentioned above, Courbet is considered to be one of the pioneers of Impressionism.

The Impressionists were trying to open up a new way of art from the traditional realism, the style of painting in the studio, and it was Courbet who was at the center of this trend. When Courbet moved to Normandy, Boudin was just beginning to develop a style of painting outside the studio, which he called the “outer light school”.

Through his activities with these artists, Courbet developed his own soft but strong painting style, which he cultivated by growing up in the rich nature of forests and mountains, and Boudin’s painting style, which was mainly inspired by the coastal scenery of Normandy and used rich and bright colors. It is said that these two styles influenced and fused together, leading to the painting styles of later impressionist painters such as Monet and Renoir.

The purpose of this special exhibition is to tell the story of these events.

Unfortunately, photography was not allowed, so I have quoted images from the website to give you an idea of the interior.

A walk through the streets of Ornans

After visiting the museum, we went for a short walk in the town of Ornans. It’s a very small town, so it shouldn’t take more than an hour just to walk around. It was very nice to see the river crossing through the city. 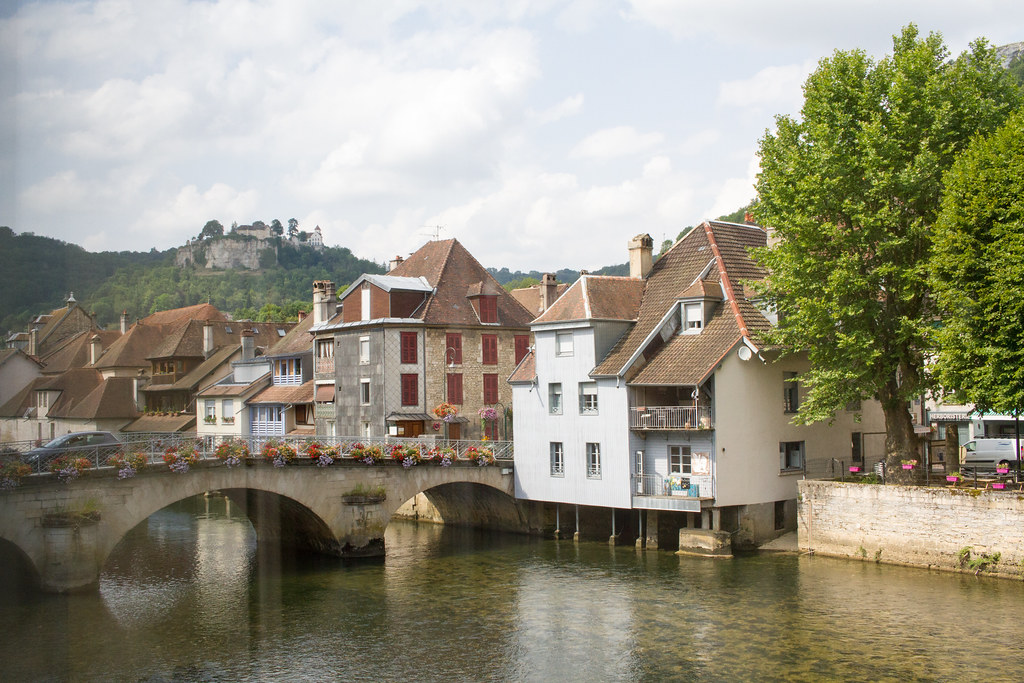 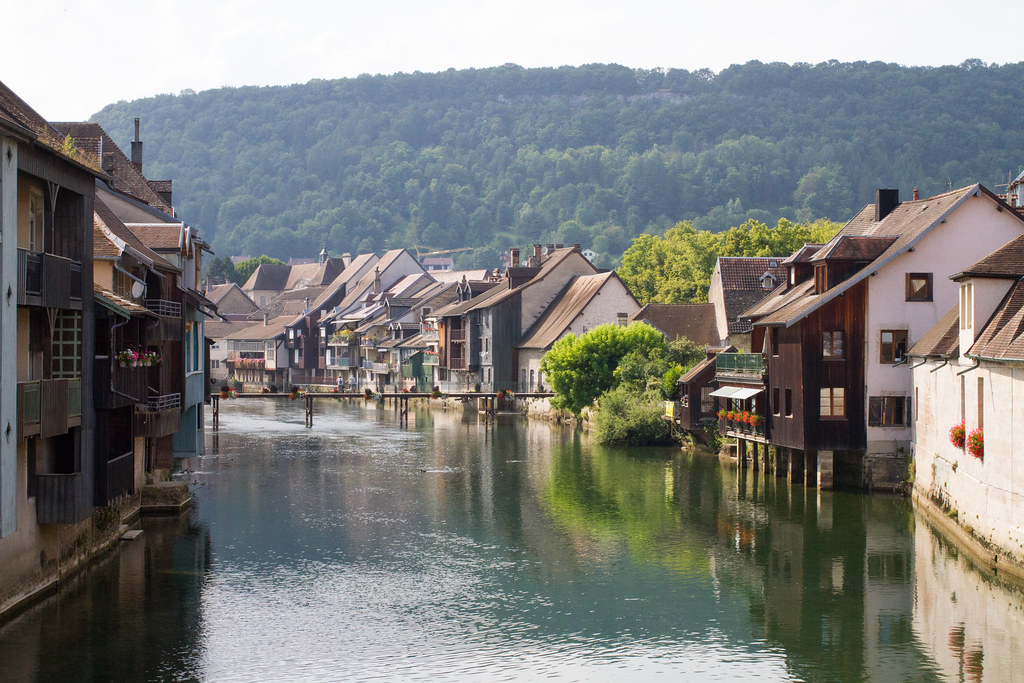 Tourists were there, or maybe they were there for a small town. 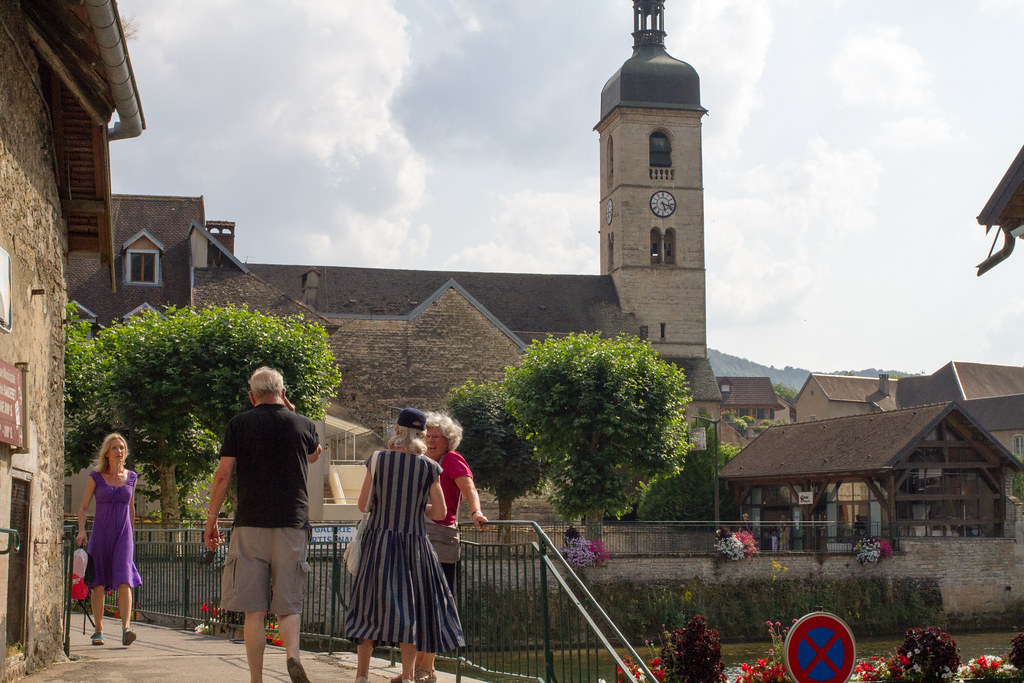 There is also a tourist information center, so if you use this, you will have a more enjoyable trip. It seems that there are attractions that make the most of nature. 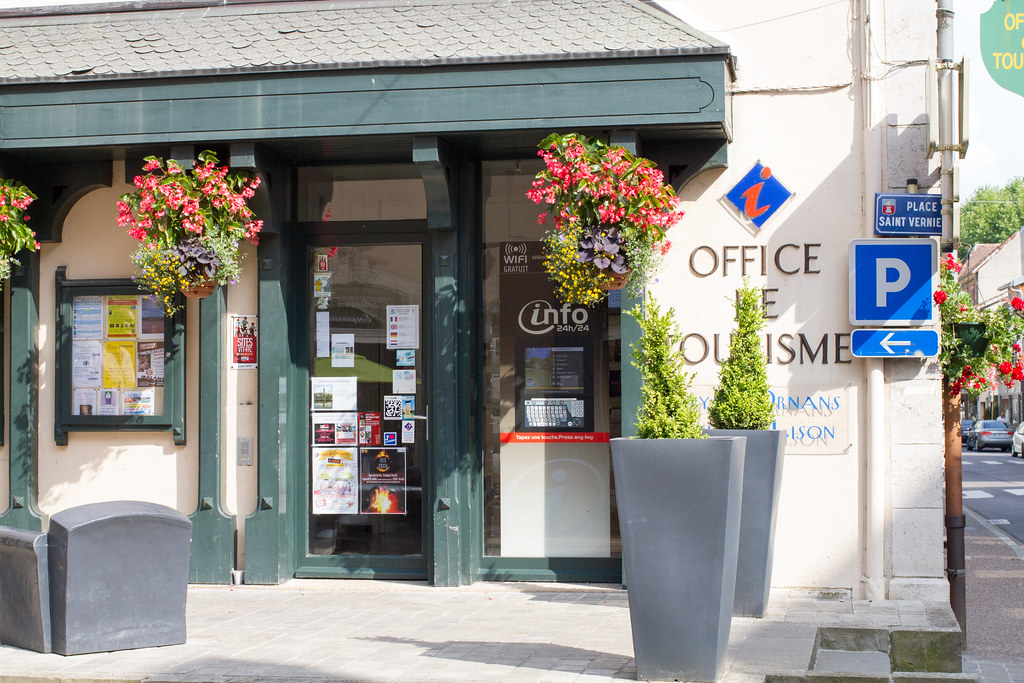 We walked for about 40 minutes and this was the end of Ornans sightseeing.

Finally, I was able to park in a public space right next to the museum. It is the back side of this building. The Courbet Museum is on the left of the photo. The parking lot was free. 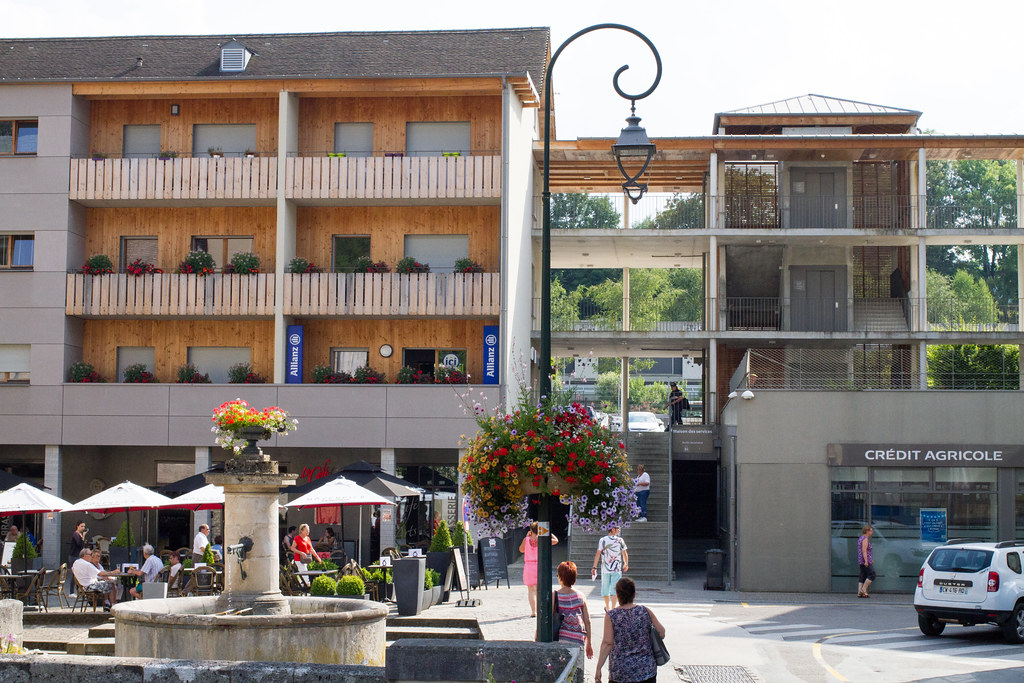 This was the end of sightseeing for the day. After this, we headed to Arbois where we stayed. I wrote about it in detail in Chapter 2, Gourmet.

A Day Without Clouds Continues -2011 France Autumn realtime No.4-

I'm sorry for the delay in updating, but this is my trip to Provence the day before last.The days without seeing any clo...

It was May 1st, the day of May Day, and I had only two days left for my trip by car. This time I am using the company's ...

Noyers (Noyers-sur-Sur-Sur-Lan) – Tour of the most beautiful villages in France 2011 No.32