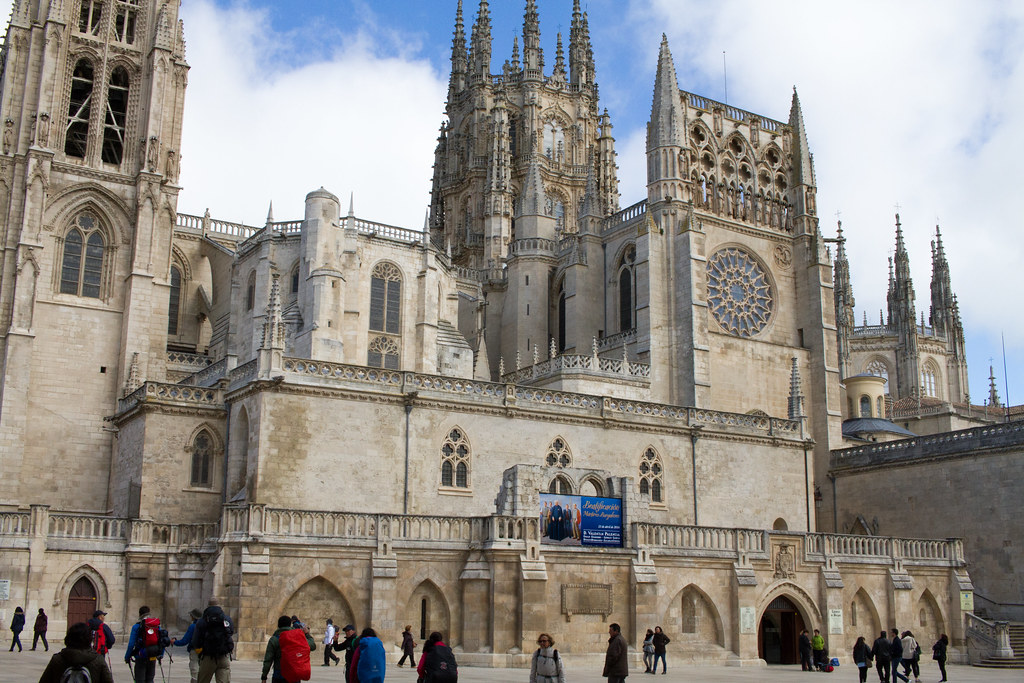 One of my favorite cathedrals in Europe.

Burgos, the main city on the pilgrimage route of Santiago de Compostela

This is my second visit to Santiago de Compostela since the pilgrimage route tour. I had a very good impression of this place, so I thought I would probably come back many times, but surprisingly it was an early revisit after four years.

The highway from Lerma became congested near Burgos. I think it was probably the morning rush.

Even though we were the first ones to arrive in the morning, it was still cold! It was a beautiful day when we left Lerma, where we stayed the night before, but it clouded up when we got to Burgos. I had been here 4 years ago in early May, and it was hot and I was wearing short sleeves, even though it was afternoon. What a difference that makes! 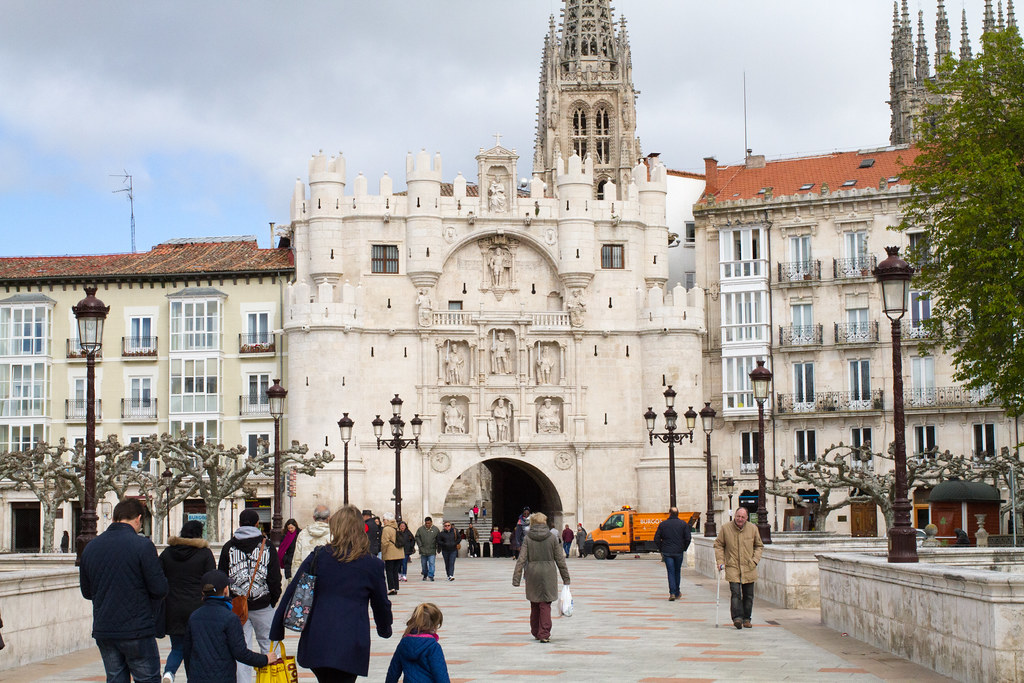 Parking was in the public underground car park around the cathedral. It was an old type parking lot not very big.

A beautiful and ‘unique’ cathedral

Wikipedia says “It is famous for its huge and unique architecture. The inside of Burgos Cathedral has a unique structure that I have never seen in any other cathedrals. The inside of this cathedral has a very unique structure that I’ve never seen in any other cathedrals. To be honest, I often feel that so-called Gothic cathedrals have the same structure no matter where I go, but this cathedral gives me a completely different impression. 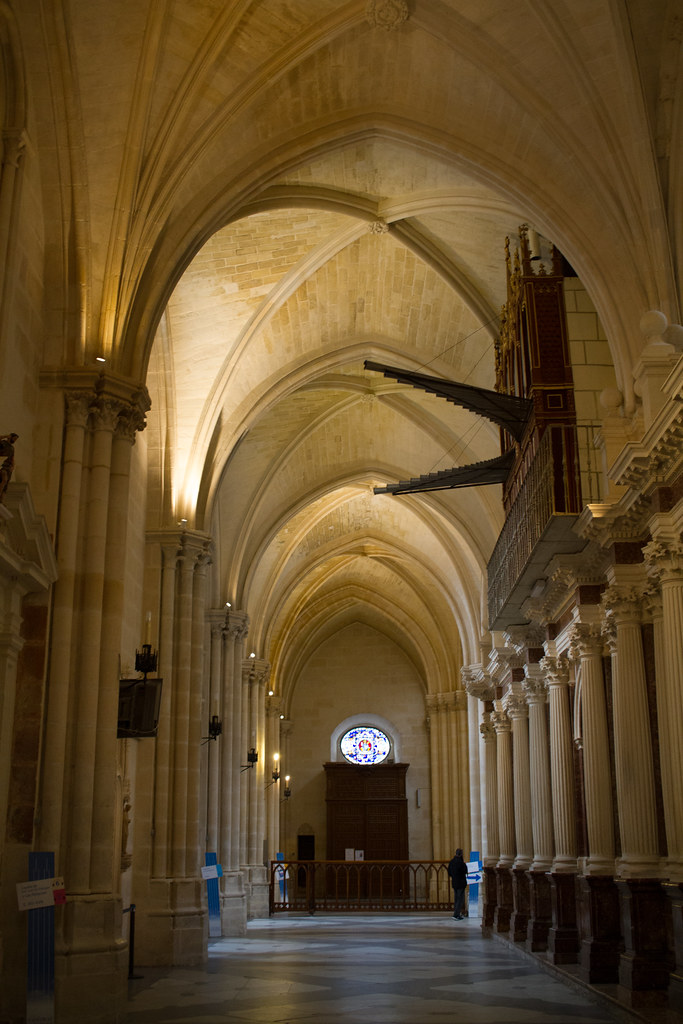 Not only the outside but also the inside is unique and interesting. To put it very roughly, there are many decorations, many different types of halls and staircases. For example, there are many layers of ceilings. If you look up from the cloister, you can see a single ceiling on a big and thick pillar, but here, the pillar itself is not huge and thick, but many small ones. The point is that the ceiling is low in some places considering the scale of the cathedral.

The shape of such a pipe organ seems to be seen from time to time, but I think it is a rare one. 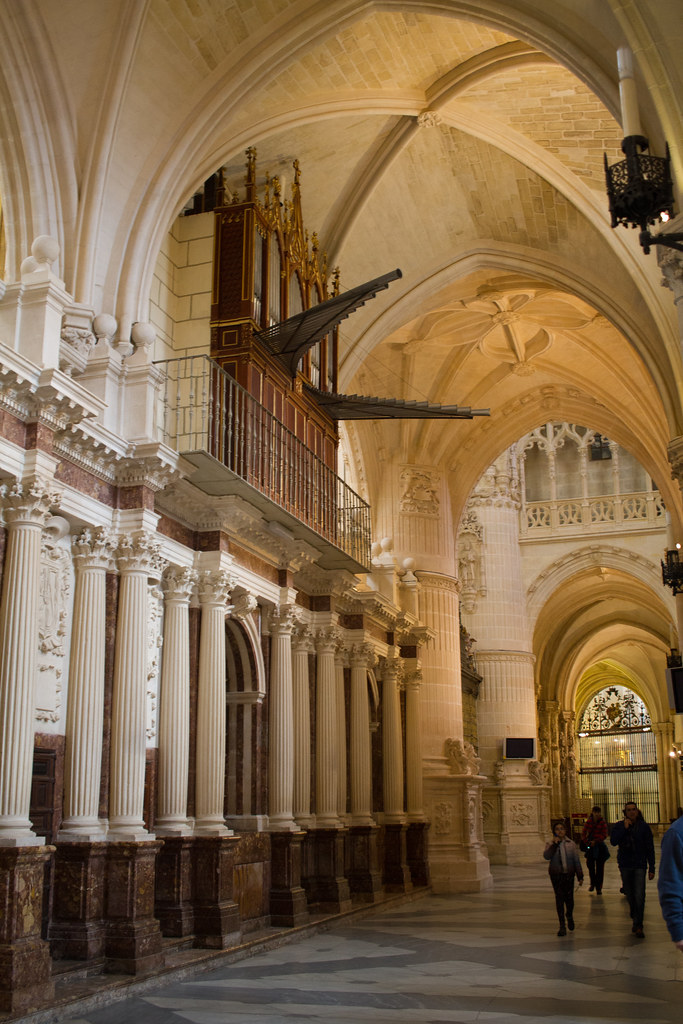 And the following staircase hall is not so common in other cathedrals, I think. It looks like a palace rather than a cathedral, doesn’t it? 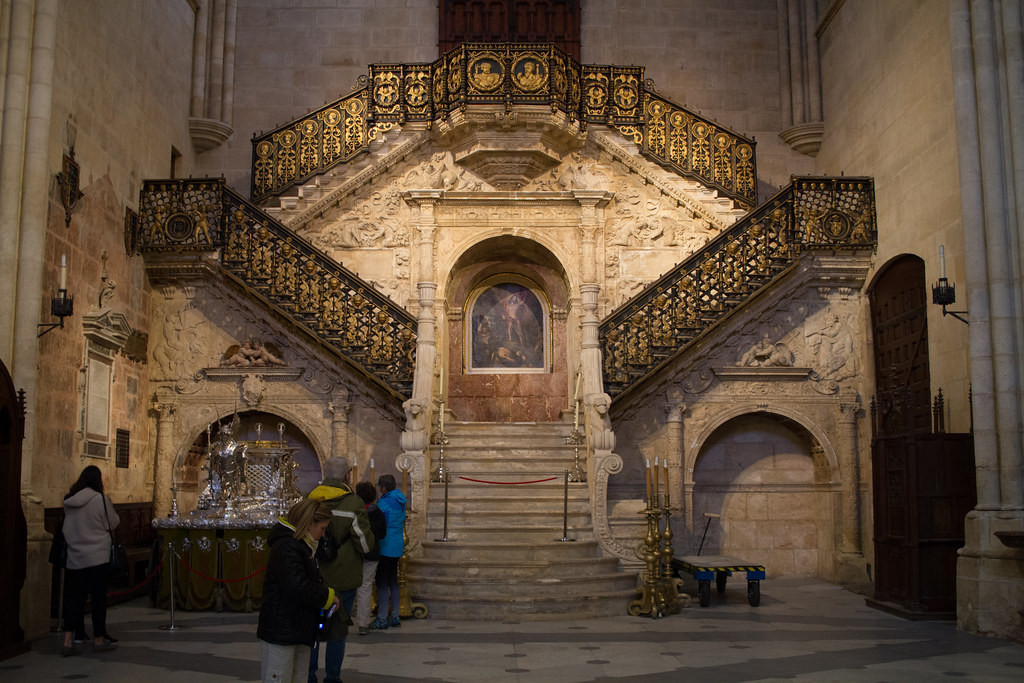 The only other cathedral where I felt such a unique feeling was Aachen in Germany. The scale (small) of this cathedral surprised me at first. The inside structure is also very different from other cathedrals. Even a layman can understand it at a glance. 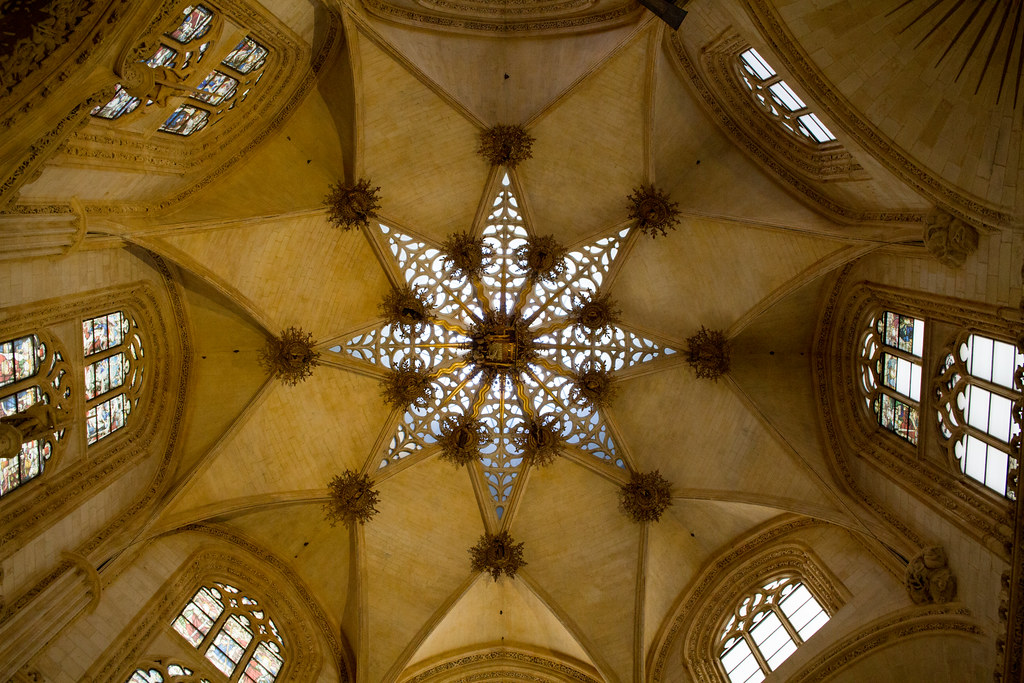 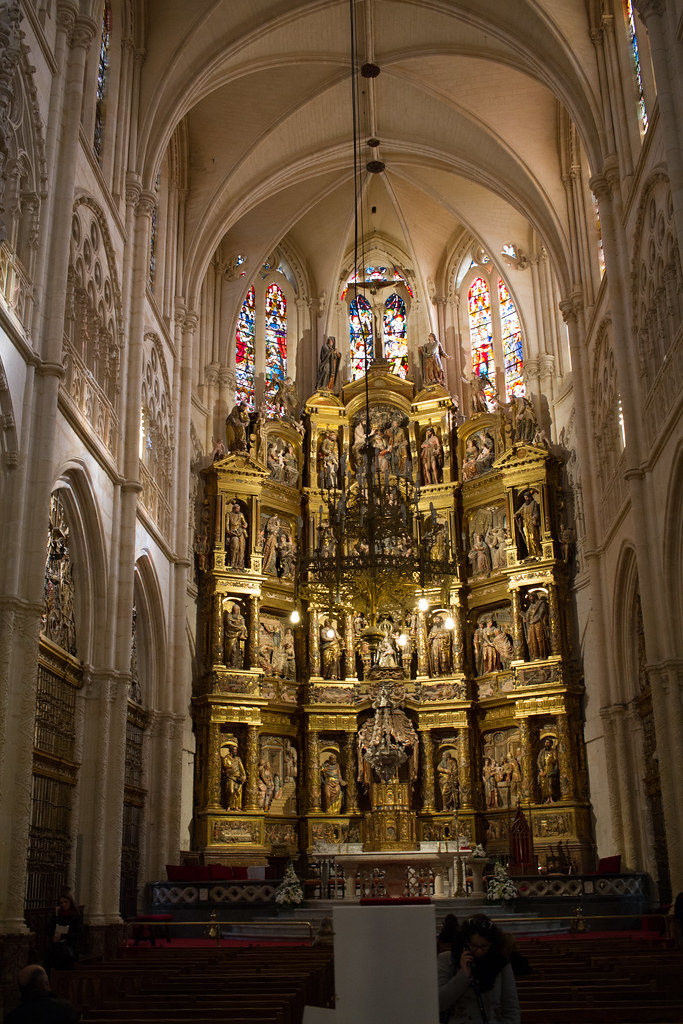 Visit Date: May 1, 2019, approximately noon.I visited this World Heritage Site for the first time in the first year of 2...

I didn't really understand it either until I started traveling again.Pintxos is Spain's sushi!Another typical bar meal i...

Visit Date: November 1, 2014Finally, we went to Gozo. The weather was fine. Gozo is a small island in the northwest of M...