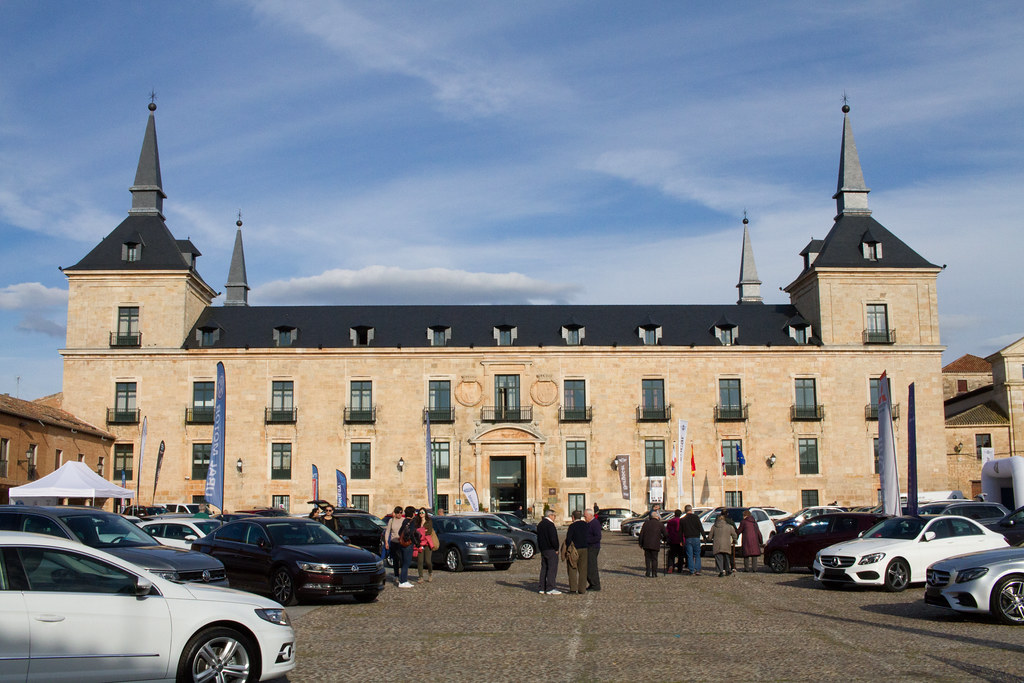 The first parador of the trip

Paradors are Spain’s state-run hotels, and they can be found all over Spain. There are 91 in total.

Except for a few paradors, most of them are old castles or mansions of the lords of the city that have been converted into hotels, and they are often located in prime locations in the center of the city, making them very convenient for sightseeing. Even if they are far from the center of the city, for example in Toledo, they may have a wonderful location with a panoramic view of the city. Parking is also available in most cases.

And the most attractive thing about this parador is that it is surprisingly cheap compared to so-called luxury hotels, although it is not cheap at all. If you book in advance on the internet, I think it’s around 150 euros per room for a normal room.

Another thing you should not forget is the restaurants, each of which has its own local cuisine, so you should definitely have dinner at one of them.

After all, when you travel to a region of Spain, you want to stay in one of these paradors at least once. This time, I booked two paradors in advance, and stayed at the third one at the very end. The first Parador was located in the town of Lerma. 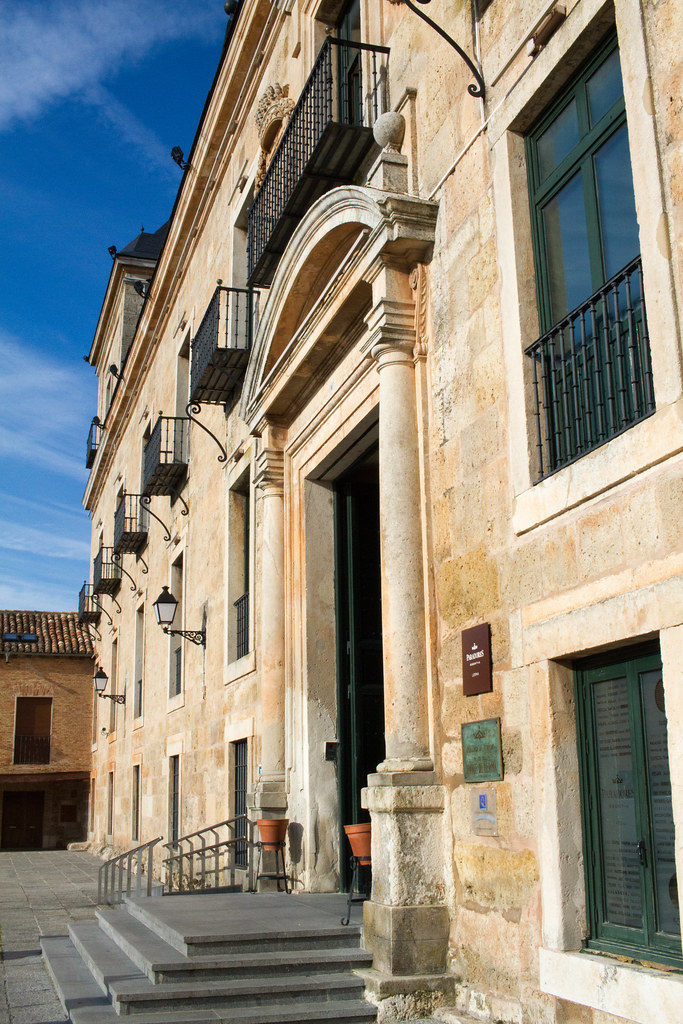 The place is located about 40 km south of the city of Burgos. By car, it is about 30 minutes away by highway.

This parador in Lerma was a former castle of the lord of this city, and it was converted into an accommodation. 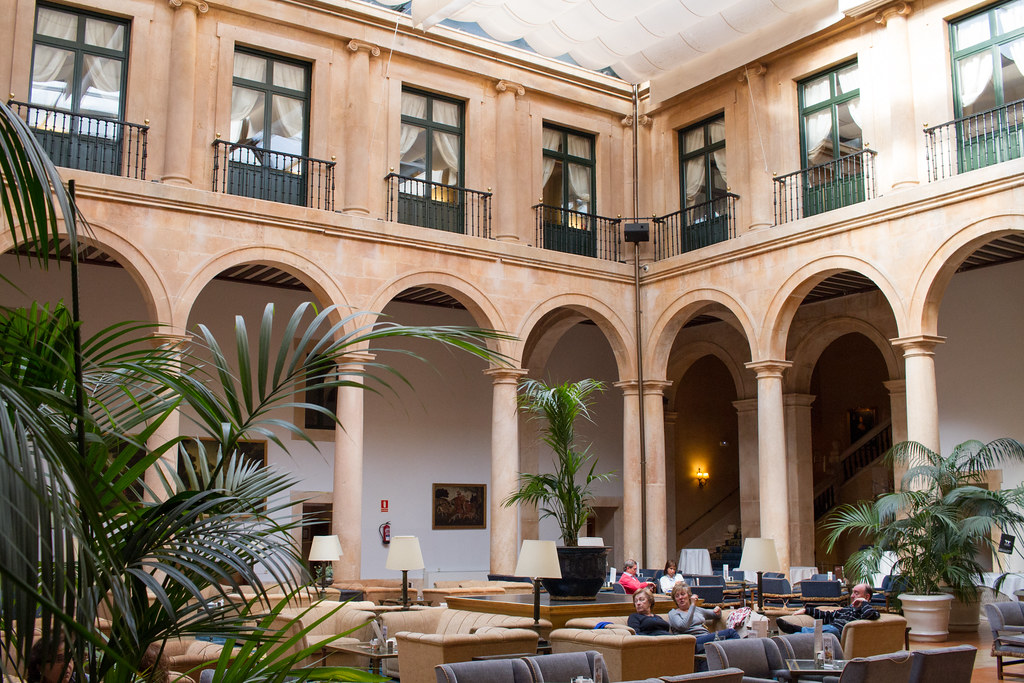 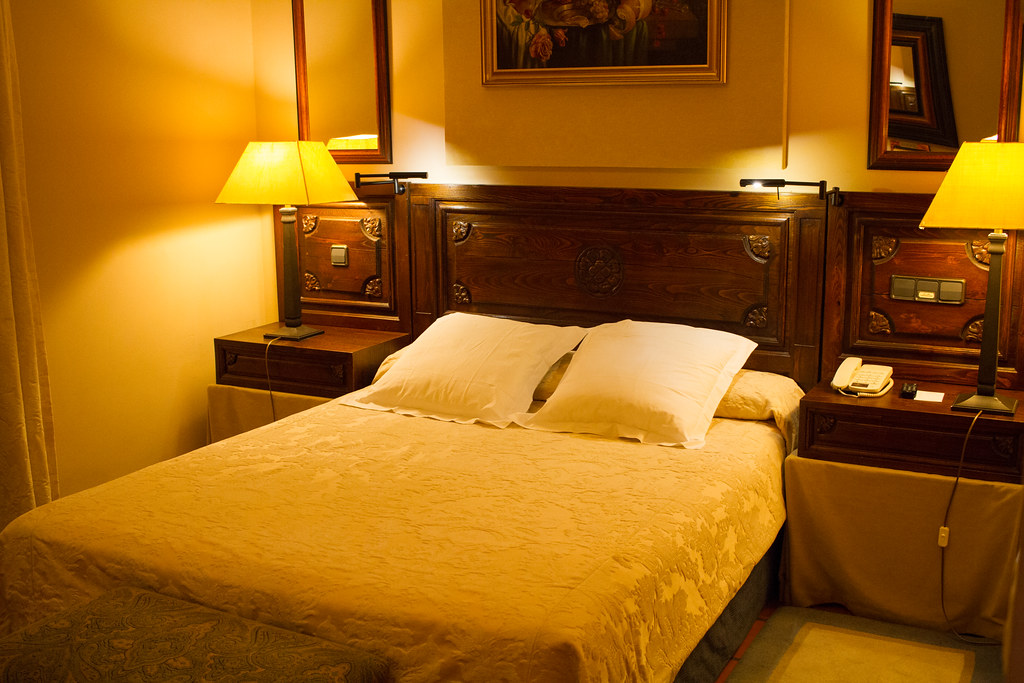 By the way, the town of Lerma itself is like a small provincial town. However, there was a very splendid church in the village, because it is a town with a big lord’s mansion. The churches in the provinces of Spain are all splendid.

Well, Spain is famous as a wine producing country, and grapes mainly from Temprariño are cultivated in this area, and good quality wine is produced. This parador in Lerma is one of the producers, and you can enjoy the wine in the restaurant and bar in the parador. 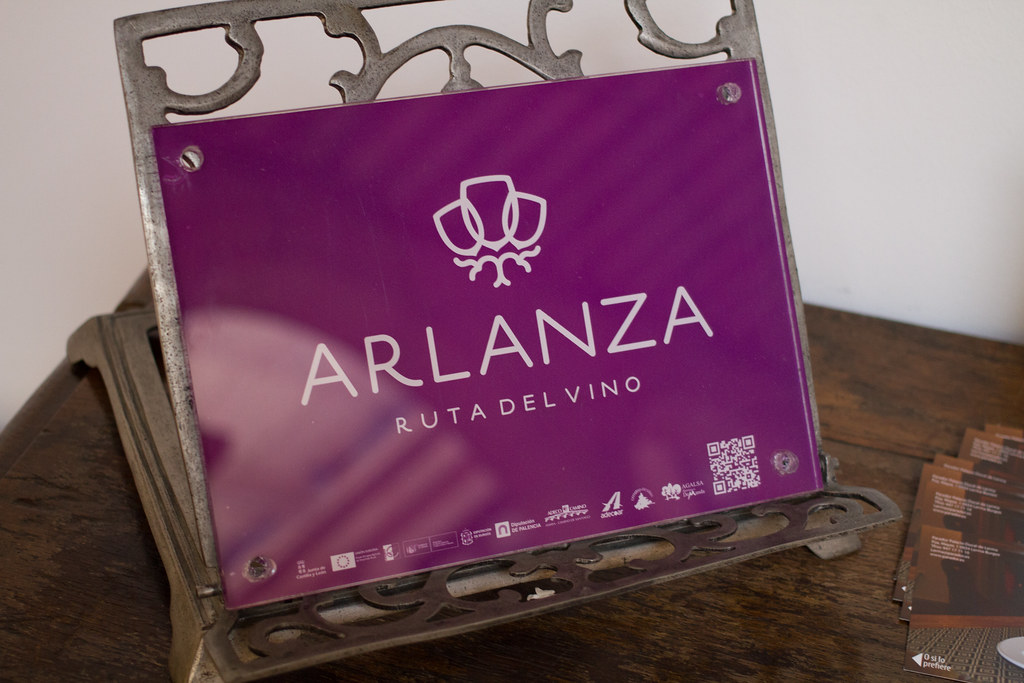 Of course we had this wine at the restaurant. We liked it so much because of its rich and hearty taste that we decided to buy it as a souvenir.

Enjoy local cuisine at the restaurant

By the way, I thought the menu in Spanish was better than the one in English because you can understand the exact names of dishes and ingredients. English is oversimplified and sometimes there are spelling mistakes.

For a summary of the food in Spain, you can also refer to this previous post I wrote.

Stay at other Paradors in a row and get great deals!

Returning the car safely in Avila and Madrid – 2012 France and Spain Real Time Edition No.19

We left Salamanca a little after nine in the morning. While refueling on the way, we headed to Avila in the direction of...

Date and time of visit: May 5, 6 p.m.On my fourth visit, I finally went inside for the first time!Make advance reservati...

Date of visit: just after noon on May 5One of the masterpieces of Montaner, the master of Modelismo, who is praised alon...

Mogarraz, the most beautiful village in Spain No.21 ★★★★☆